LONDON (Reuters) – Britain’s incoming Prime Minister Boris Johnson will inherit an economy that could be heading for a slowdown or even a recession, weakening his hand in the battles ahead as the country prepares to leave the European Union. 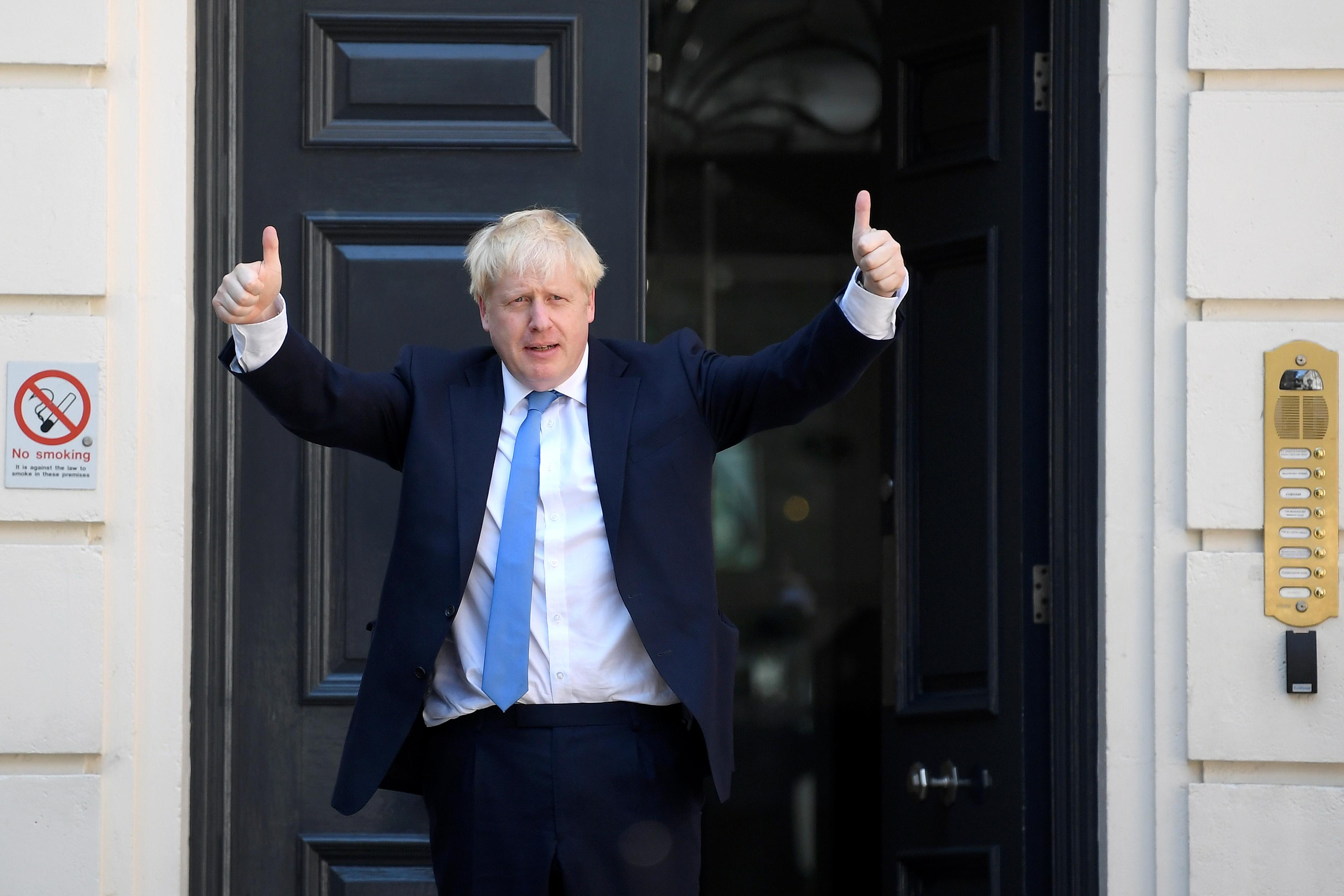 Having defied predictions of a slump after Britain’s shock vote to leave the European Union in 2016, the world’s fifth-biggest economy is flashing warning signs under the weight of Brexit uncertainty and a global slowdown.

Data due on Aug. 9, little more than a fortnight into Johnson’s term as prime minister, could show economic output shrank in the second quarter for the first time since 2012.

A big part of the weakness is probably temporary: companies rushed in early 2019 to get ready for the first Brexit deadline in March, bringing forward work, and automakers did their annual shutdowns early in April, also to avoid any Brexit chaos.

But the slowdown in many sectors got worse as the second quarter went on with the Brexit deadline postponed to Oct. 31, surveys of company purchasing managers show.

“Surveys were particularly weak in June, suggesting that the pace of growth is likely to remain weak,” Britain’s Office for Budget Responsibility (OBR) warned last week. “This raises the risk that the economy may be entering a full-blown recession.”

There have also been signs of a weakening of the jobs boom that chopped unemployment to its lowest level since 1975, and pushed up pay in the process.

“Looking across the first half of the year, in my view, underlying growth in the UK is currently running below its potential, and is heavily reliant on the resilience of household spending,” Bank of England Governor Mark Carney said this month.

Christian Schulz, an economist with Citi, said a weaker economy could add to concerns among voters about Brexit and strengthen parliament’s resolve to resist a no-deal Brexit.

“That would undermine any leverage the next prime minister might have to force the EU into concessions,” he said in a note to clients earlier this month.

(For a graphic on ‘UK economic growth’ click tmsnrt.rs/2O9BvCV)

If Britain leaves the EU in October without a transition deal, things are likely to get worse, and quickly.

The OBR said the economy would shrink by 2% next year after a no-deal Brexit, or by more if there is border disruption.

The three main credit ratings agencies, worried about Britain’s 1.8 trillion-pound ($2.2 trillion) debt pile, say the country’s once top-notch rating could be cut again if there is no transition deal to ease the country out of the EU.

With his trademark bullishness, Johnson focuses on the positives, including the room for higher spending or tax cuts after nearly a decade of austerity.

He puts the odds of not striking a deal with Brussels as “a million-to-one against”. But he also says he will take Britain out of the EU without a deal if necessary.

Brexit supporters say there could be a quick bounce-back from the initial no-deal shock as companies finally learn what leaving the EU will mean and get on with pent-up investment.

“No deal, while ideally avoided, would be an economic shock but Britain can cope. Crucially, it would not be an end state,” said Gerard Lyons, a former economic advisor to Johnson and a contender to become Bank of England governor.

“Since the 2016 referendum, the UK economy has demonstrated its flexibility, adding 1 million jobs, but it has seen low investment. Removing uncertainty is thus essential, as is addressing low pay,” he wrote in the Financial Times.

Most other economists dispute the likelihood of a quick investment rebound if manufacturers suffer a hit to their carefully constructed supply chains.

With the economy on shaky ground, attention is turning to the stimulus options to help it.

Analysts at Capital Economics, a consultancy, said a double-barrelled stimulus boost from BoE interest rate cuts alongside tax cuts and higher spending could lead to a quick recovery.

But BoE officials stress there are limits to how much help they can provide with Bank Rate only a fraction above its level of most of the period since the financial crisis.

Many economists say any repeat of the BoE’s bond-buying stimulus program might have only a muted effect.

This increases the focus on the extent to which Johnson loosens the tight grip on public finances that has been a hallmark of nearly 10 years of Conservative Party rule.

He made tax and spending promises worth tens of billions of pounds while campaigning for the party leadership.

With the hit to the public finances from a no-deal Brexit estimated at around 30 billion pounds by the OBR – roughly doubling the size of the deficit now – Johnson and whoever he chooses as his finance minister would have to tread carefully.

There are also questions about how much income tax cuts – one of the most expensive pledges made by Johnson – would benefit an economy that is crying out for help on harder-to-fix structural problems, chiefly its chronically weak productivity.

“There is scope to allow well-targeted fiscal measures to help the economy adjust to a no-deal Brexit,” the National Institute of Economic and Social Research said in a report published on Monday.

“But a concern is that, in practice, fiscal measures may not be directed to the areas where they are most needed.”

(For a graphic on ‘UK public finances’ click tmsnrt.rs/32InIWZ)