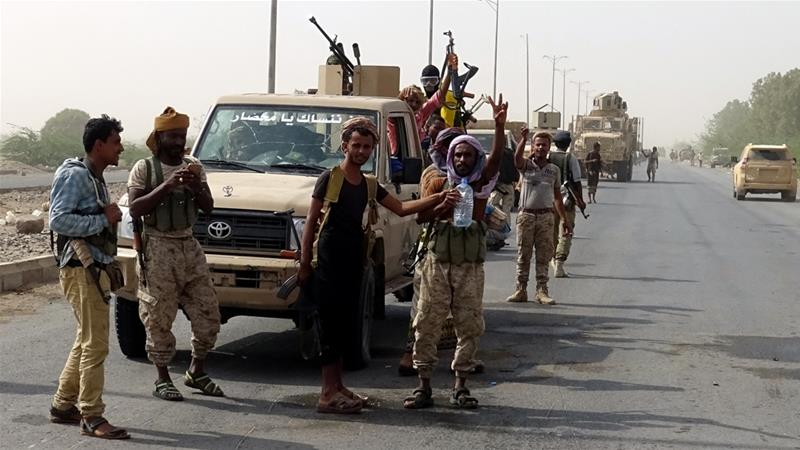 A key US congressman has asked whether Congress should consider adding restrictions on weapons sales to the Saudi-UAE coalition in Yemen after a recent investigation said that US-made weapons had been transferred to al-Qaeda-linked groups in the country.

Eliot Engel, the chairman of the House of Representatives Foreign Affairs Committee, said on Wednesday that he was troubled by reports over illicit weapons transfers to armed groups.

Corroborating an earlier report by Al Jazeera, CNN reported on Tuesday that Saudi Arabia and its coalition partner in Yemen, the United Arab Emirates (UAE), were using US-manufactured weapons “as a form of currency to buy the loyalties of militias or tribes, bolster chosen armed actors, and influence the complex political landscape”.

Eliot Engel, the chairman of the House of Representatives Foreign Affairs Committee

“These reports are very troubling and the Trump administration must investigate further and work to prevent this from happening again,” Engel, a Democratic Representative, said at Wednesday’s hearing.

“Should Congress pursue greater restrictions on offensive weapons to the Saudi coalition?” asked Engel, who as chairman has the right to review and put “holds” on major foreign weapons sales.

Abu al-Abbas, the militia’s founder, was sanctioned by the US in 2017 for allegedly financing al-Qaeda and the Yemeni chapter of the Islamic State of Iraq and the Levant (ISIL, also known as ISIS) group.

Some of these weapons were later captured by Houthi rebels after they were left abandoned or sold to other groups, the US network said.

The US is by far the biggest supplier of arms to both Saudi Arabia and the UAE, and its support has been crucial to the coalition’s devastating war in Yemen.

The State Department said it was investigating the allegations.

“We are aware of these reports and seeking additional information,” a department official told the Reuters news agency, adding that all such reports are taken seriously.

‘We need to push for real change in Saudi behaviour‘

Later on Wednesday, the committee voted 25 to 17, along party lines, in favour of a war powers resolution that would prevent the US military from providing any support to the Saudis and other countries waging war on Iran-backed Houthi rebels in Yemen’s four-year civil war.

Critical comments from Engel and other committee members were only the latest recent expressions of frustration with Saudi Arabia from US politicians.

Members of Congress have been angered by steep civilian casualties in Yemen, human rights abuses and the killing of Saudi journalist Jamal Khashoggi, a US resident, at a Saudi consulate in Turkey in October.

Late last year, politicians introduced various pieces of legislation seeking to put tighter controls on US dealings with Riyadh, including clamping down on weapons sales, barring military cooperation with the Saudi-led coalition and calls for human rights sanctions.

President Donald Trump’s administration opposed many of the bills, calling the Saudis important regional partners and praising weapons sales as an important source of US jobs.

None of those bills became law, but Engel said the committee would continue to press for a response to casualties in Yemen, Khashoggi’s killing and the imprisonment of women’s rights activities.

“It can no longer be business as usual. We need to push for a real change in Saudi behaviour,” he said.

Also on Wednesday, Amnesty International accused the UAE of diverting arms supplied by Western and other states to “unaccountable militias accused of war crimes” in Yemen.

The rights group called on countries to suspend arms sales to the warring parties until there is “no longer a substantial risk” they may be used to breach humanitarian or human rights law.