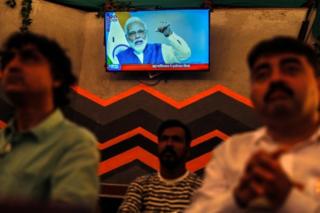 Indian Prime Minister Narendra Modi said in his Independence Day speech on Thursday that his government’s decision to strip autonomy from the part of Kashmir it controls would bring substantial development to the region. Ashok Malik, Distinguished Fellow at Delhi’s Observer Research Foundation, argues that a hardening of views across India towards Kashmir has also created a climate where such a move was possible.

In July 2016, the Kashmir valley erupted following the killing of militant leader Burhan Wani in an anti-insurgency operation.

Wani and the violence in the aftermath of his death represented a new phase in the Kashmir unrest, and the cries for azaadi (freedom) were overwhelmed by calls for jihad. This was no longer a call for an independent Kashmir or even for merger with Pakistan; it was a call for a caliphate. The slogans, videos and imagery of the Islamic State group and similar organisations began to exercise significant influence among many young men of Kashmir.

The events of 2016 had another impact – they brought the ferocity and trenchant rhetoric of Kashmiri separatism into the heart of demonstrations against Prime Minister Narendra Modi by left-wing groups on campuses, media debates and public platforms across India.

Historically, the Kashmir problem had not been an Indian Muslim dispute. The Kashmiri Muslims considered themselves distinct from all (other) Indians, whether Muslim or Hindu.

In recent years, the number of young Kashmiri Muslims studying and working in the rest of India has grown significantly. Kashmiri Muslims have become part of campus politics, being elected to student offices in prestigious national educational institutes like the Jawaharlal Nehru University and Aligarh Muslim University, for instance. They can be found working in distant Kerala and Goa. Even so, the osmosis has proved to be a mixed blessing.

The Indian state may have hoped that this would introduce young Kashmiris to the diversity and economic opportunities of India and give them a greater sense of association with the country.

While that has happened to some degree, it has also allowed separatist ideas to intersect with the causes being espoused by the radical left, as well as with a small yet susceptible section of young Indian Muslims. After 2016, the thread that bound these disparate groups was a hostility to Mr Modi and to the Indian state – in their imagination, now juxtaposed as one.

In public opinion in the rest of India, this led to a backlash. 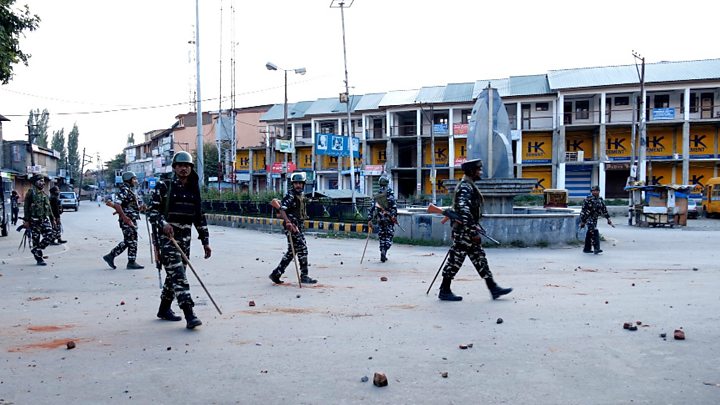 It was not only because Mr Modi was being demonised – despite the prime minister’s personal popularity it would be too simplistic to reduce this complex phenomenon to an individual.

It has not been sufficiently appreciated that Kashmir as a conflict zone (and by extension, Pakistan) is no longer a discourse limited to north India, but is engaged with across the country.

There are two reasons for this:

Both of these factors have made Kashmir a deeply-felt, all-India issue of unusual intensity. Anecdotal and empirical evidence bears this out.

In February 2019, Indian air force pilot Wing Commander Abhinandan Varthaman bailed out after a dogfight over Pakistan-controlled Kashmir. Shortly afterwards, he was captured by the Pakistani military.

On 1 March, he was released and crossed over to India. His release, this author was told by a senior journalist from Kerala – in the far south of India – had among the highest television ratings for the fortnight in the state, trumping even soap operas.

It took place in the Muslim-majority Kashmir valley two weeks prior to the Abhinandan Varthaman episode and saw the killing of 40 troopers of the paramilitary Central Reserve Police Force. Between them, these men came from 16 of India’s states. Their bodies went home to tears and emotional funerals in locations as far apart as northern Uttar Pradesh, north-eastern Assam and southern Karnataka.

Slowly, sedulously the hardened sentiment on Kashmir had acquired a pan-Indian footprint.

An obvious upshot was and is a frustration with the status quo in Kashmir and a fatigue with what is seen as the familiar cycle of victimhood and violence, blackmail and bluster. Politically the ground was fertile for a break from the past and for a new initiative, however audacious it may be.