The World Health Organization declared China free of malaria on Wednesday after a seven-decade campaign against the disease, which has killed hundreds of thousands of people in the country.

The achievement is a major milestone for the world’s most populous nation — China is the first country in the W.H.O. Western Pacific region to be awarded a malaria-free certification in more than three decades. The only other countries in the region that have eradicated malaria are Australia, Brunei and Singapore, according to the global health agency.

“Today we congratulate the people of China on ridding the country of malaria,” Dr. Tedros Adhanom Ghebreyesus, director general of the W.H.O., said in a statement.

“Their success was hard-earned and came only after decades of targeted and sustained action,” he added. “With this announcement, China joins the growing number of countries that are showing the world that a malaria-free future is a viable goal.”

Although the W.H.O. warned that malaria could return to China, the country’s victory over the disease demonstrated that innovative treatments and aggressive tracking of cases can keep it in check.

More and more countries are becoming free of malaria, a blood disease contracted through the bite of an infected mosquito. Forty countries and territories have now eradicated the disease, according to the W.H.O.

Africa still carries a disproportionately high share of the global malaria burden. In 2019, the region was home to 94 percent of malaria cases and deaths. That year, the estimated number of deaths worldwide from malaria stood at 409,000. Most of the victims were children.

Chinese officials have sought to share their lessons in countering malaria with the African continent. In December 2020, officials from the Chinese Center for Disease Control and Prevention held a symposium for that purpose with Harvard University and the W.H.O.

China has battled malaria for decades. In the 1950s, the country grappled with as many as 30 million cases a year, with a mortality rate of 1 percent. The problem was so dire that Mao Zedong set up a secret military project, Project 523, to find a solution for it.

It was through Project 523 that Tu Youyou, a Chinese scientist, discovered artemisinin, the core compound of the most effective anti-malarial drug today. Dr. Tu was later awarded a Nobel Prize in 2015. 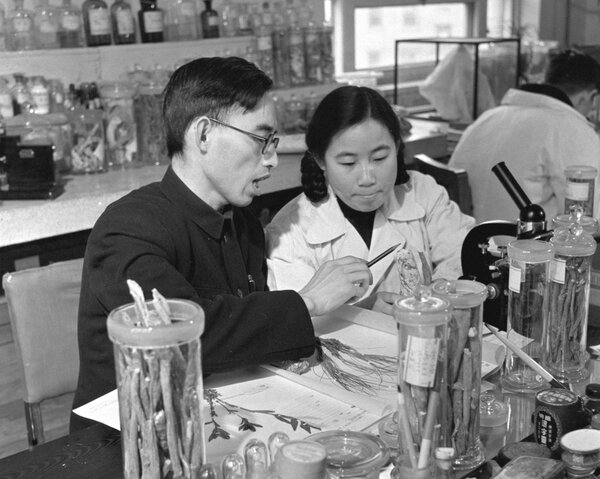 In the 1980s, even before the W.H.O. recommended the use of mosquito nets to control malaria, China deployed insecticide-treated nets across the country. By 1988, more than 2.4 million nets had been distributed nationwide.

By the end of 1990, the number of malaria cases in China had plummeted to 117,000, and deaths had been reduced by 95 percent. In 2003, China continued to step up training, staffing, laboratory equipment and medicines to combat the scourge.

Beijing decided that it needed to take a more sweeping approach to eradicating the disease in 2010, when the government launched a national malaria elimination plan. Thirteen ministries — including those in health, the police, the army and tourism — were enlisted as part of the nationwide effort.

These agencies were taught to respond quickly to cases, using what China called a “1-3-7” strategy. It gave a one-day deadline for health facilities to report a malaria diagnosis; a three-day period for the health authorities to confirm a case and determine the risk of spread; and a seven-day timeline for officials to take appropriate measures to prevent further spread.

This strategy proved to be useful in southwestern Yunnan Province, which ranked No. 1 in China for having the greatest number of high-risk counties for the disease. Yunnan’s rainy season creates prime breeding conditions for mosquitoes to grow. It also borders Vietnam, Myanmar and Laos, countries where malaria is endemic.

Each time a case emerged in Yunnan, local officials tested many members of the community and sounded the alarm. They surveyed which mosquito species had caused the cases and undertook campaigns to kill mosquitoes by spraying insecticide.

As a result, Yunnan has not reported a single case of malaria in several years. By 2020, China had gone four years without reporting any malaria cases, according to the W.H.O. In May, members of the independent Malaria Elimination Certification Panel traveled to China to verify that the country had eradicated the disease. It told the W.H.O. that China was malaria-free.