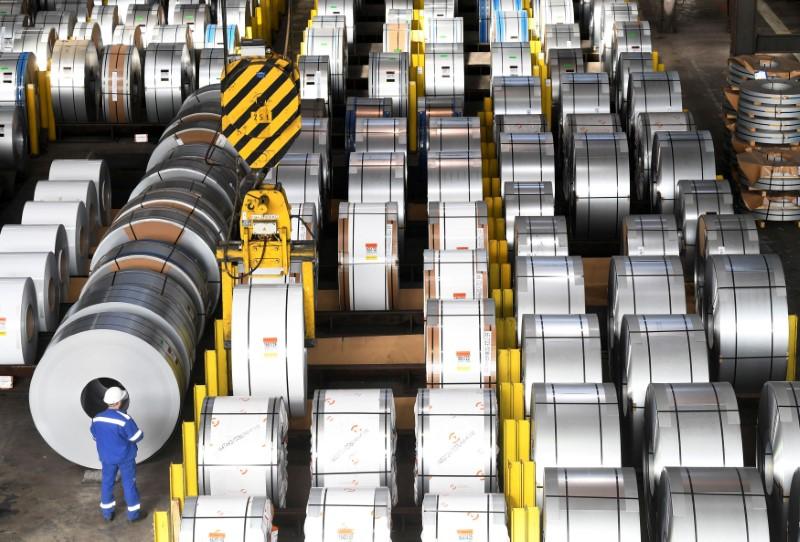 BERLIN (Reuters) – German industrial goods orders rose by a smaller-than-expected 2.8% on the month in July, data showed on Friday, further dampening hopes that Europe’s largest economy can recover strongly in the third quarter from the coronavirus shock.

The rise compared with a Reuters forecast for an increase of 5.0%, signalling a slow return to pre-crisis levels. June figures were revised up to show an increase of 28.8% from 27.9% previously reported.

“In the coming months we will probably see that the low-hanging fruit has been harvested, and now the economic race to catch up will lose momentum,” said Jens-Oliver Niklasch, economist at Landesbank Baden-Wuerttemberg.

“We will not see the pre-crisis levels quite as quickly as some had hoped,” he added.

The Federal Statistics Office said order intake was 8.2% lower than in February, before lockdown measures were imposed to slow the spread of the coronavirus. Domestic orders fell by 10.2% on the month in July. Orders from abroad were up 14.4%.

Figures published on Wednesday showed German retail sales fell unexpectedly in July, dashing hopes that household spending can drive a strong recovery in the third quarter from the coronavirus shock.

The government on Tuesday revised upwards its 2020 forecast for the economy to shrink by 5.8% this year from a previous estimate of -6.3%. But that would still represent the biggest economic slump since World War Two.

Germany’s response to the pandemic has been effective by European standards, keeping infection and death rates relatively low despite imposing restrictions that were both milder and shorter than in many other countries.

Chancellor Angela Merkel’s government has since March unleashed an array of rescue and stimulus measures, financed with record borrowing of 217.8 billion euros, to help companies and consumers.