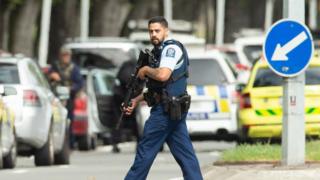 New Zealand has said it will reform its gun laws after 50 people were killed in a mass shooting at two mosques in Christchurch.

In 2016 New Zealand Police estimated that there were 1.2 million legal firearms owned by civilians – that equates to around one for every four people.

So, what does the law say now?

The minimum legal age to own a gun in New Zealand is 16, or 18 for military-style semi-automatic weapons. Anyone over those ages who is considered by police to be “fit and proper” can possess a firearm.

All gun-owners must have a licence, but most individual weapons don’t have to be registered. New Zealand is one of the few countries where this is the case.

In order to own a gun legally, applicants for a firearm licence must pass a background check of criminal and medical records. Factors like mental health, addiction and domestic violence should be considered.

Once a licence has been issued, gun-owners can buy as many weapons as they want.

While most guns don’t have to be registered, a special application does have to be made to police to own military-style semi-automatic weapons, pistols, or other restricted firearms.

Because of this, police say they can’t be sure how many legally owned firearms there are in the country as there is “no record of the majority of firearms”.

As of June 2018, there were 246,952 active firearms licences including dealers and individual owners.

Until the mosque attacks, New Zealand’s worst mass shooting was in 1990 in the small seaside town of Aramoana on the South Island, in which 13 people were killed.

That shooting prompted an amendment to the the Arms Act (1983), the main law governing gun use and ownership, restricting the ownership of military-style semi-automatic weapons. But parliament stopped short of a total ban.

The law was further amended in 2012 to clarify which weapons are restricted.

In a response to an official request for information last year, New Zealand Police published figures showing that 859 restricted-category firearms were seized by police between 2008 and 2017.

During the same period, 12,688 firearms of all types were seized.