Protests erupted in more than 80 cities across Iran following the death of Mahsa Amini, known by her first Kurdish surname Jina, after her detention by the morality police under the so-called hijab law. Footage of the demonstrations posted to social media has become one of the primary windows into what is happening on the ground and revealed what is different about this latest show of resistance inside Iran.

The New York Times analyzed dozens of videos and spoke with experts who have followed the country’s protest movements to understand what insights the often blurry, pixelated footage contains about what is propelling the demonstrations.

Attacking Symbols of the State

Now in their third week, protests have continued even as dozens of people have been killed. Many of the videos appeared on social media during the first week of the protests, before Iran’s government began limiting internet access in an effort to silence dissent.

Multiple videos show a consistent theme of protesters attacking structures and symbols that represent Iran’s government, in some cases setting fire to municipal structures. In the northern city of Amol, demonstrators set fires in the complex of the governorate building, and elsewhere took down portraits of the supreme leader, Ayatollah Ali Khamenei, and the founding leader of the Islamic Republic, Ayatollah Ruhollah Khomeini. 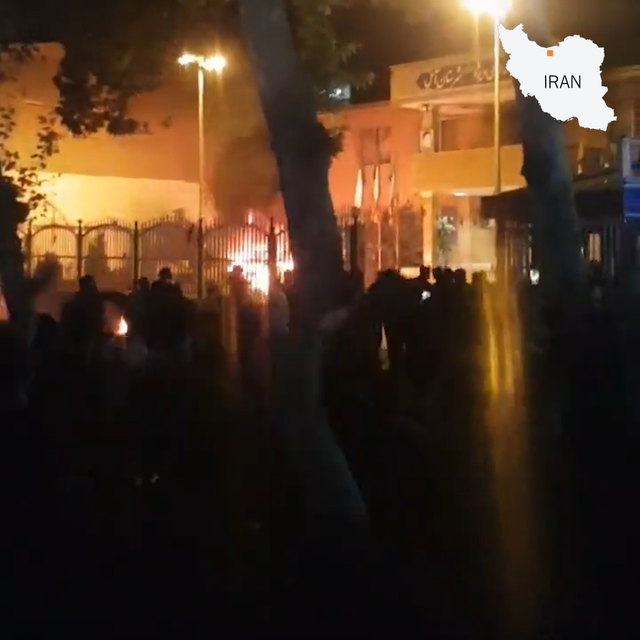 Reza H. Akbari, a program manager for the Middle East and North Africa at the Institute for War and Peace Reporting, said that targeting state symbols is a response in part to the government’s failure to engage with civil society. Following a national uprising in 2009, the government weakened grass roots organizations, like labor unions and student groups, which were outlets for citizens to discuss their grievances and engage with policymakers. That segment of society, he said, “does not have that many options left than to resort to violent attacks on security and administrative buildings.”

He added that while the targeting of such buildings isn’t new, the widespread nature of the attacks is noteworthy. 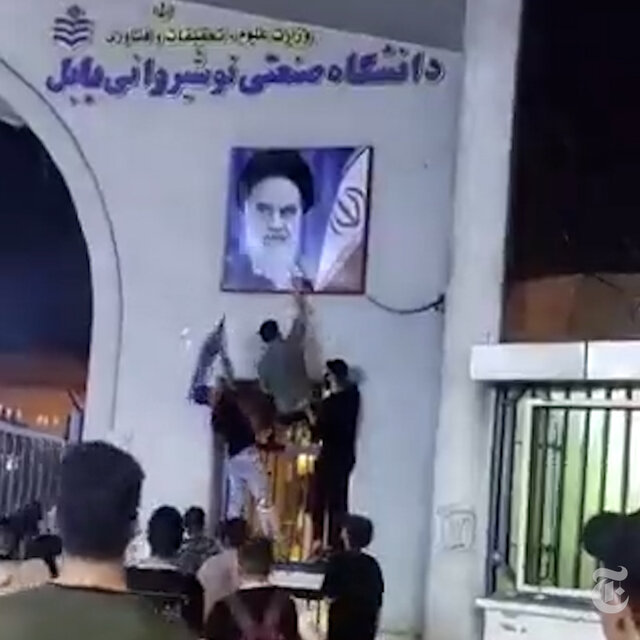 Iran’s security forces have a history of using violence and brutality to suppress dissent. In many instances, authorities have shot protesters on the streets. Amnesty International has said that at least 52 people have been killed since the start of the protests, noting that the death toll is likely much higher. Videos capture men in military fatigues using Kalashnikov-type assault rifles in protest areas, as well as the sound of sustained bursts of automatic rifle fire breaking up crowds.