NEW YORK (Reuters) – China’s yuan was slightly weaker on Tuesday after earlier hitting its highest level since July, while the Japanese yen dropped to eight-month lows before the United States and China are due to sign a preliminary trade agreement to ease their 18-month old tariff war. 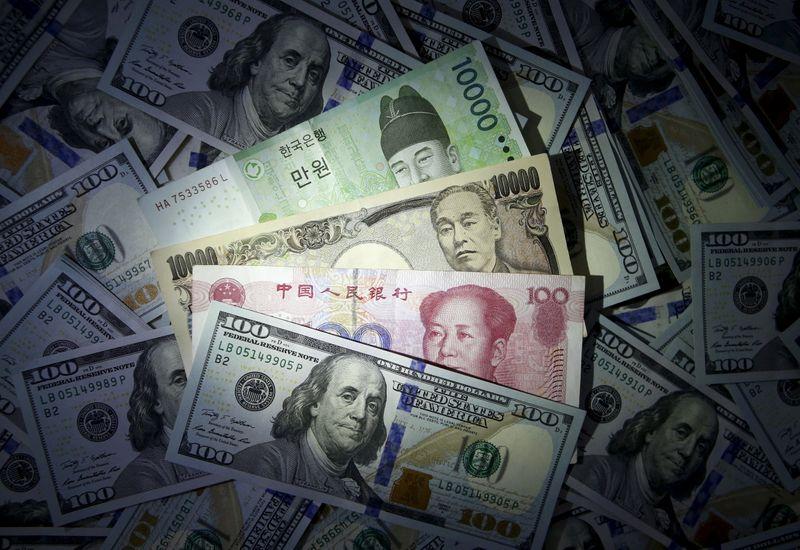 The U.S. Treasury Department on Monday reversed its designation of China as a currency manipulator in what is seen as a conciliatory gesture ahead of the signing on Wednesday.

Risk sentiment has improved and demand for safe-haven assets like the yen have decreased on signs that the two countries are closer to de-escalating the trade war that has been blamed as a major headwind to global growth.

The trade deal “doesn’t address the structural issues, but at least for markets it reduces some of the stress and some of the anxiety and uncertainty that plagued the markets throughout 2019,” said Mark McCormick, North American head of FX strategy at TD Securities in Toronto.

The offshore yuan weakened to 6.884, after earlier gaining to 6.865 per dollar, which was the strongest since July 11.

The Swiss Franc also gained after the United States added Switzerland to its watchlist of currency manipulators.

The greenback was higher against the euro as year-end rebalancing that had benefited the single currency at the expense of the dollar continued to be unwound.

“We are getting some of the reversal of that, along with, I think the macro story in Europe is still generally weak,” McCormick said.

Data on Tuesday showed that U.S. consumer prices rose slightly in December and monthly underlying inflation pressures retreated, which could allow the Federal Reserve to keep interest rates unchanged at least through this year.

The next major economic focus will be U.S. retail sales on Thursday.