The Australia Letter is a weekly newsletter from our Australia bureau chief. Sign up to get it by email. Here’s where to find all our Oceania coverage.

I’m going to keep my introduction short this week, not because I’m tongue-tied but rather to get right into an especially rich package of journalism in its many forms.

Here are nine (O.K., maybe more) items that all Australians (or many, anyway) shouldn’t miss.

Join us in our NYT Australia Facebook Group for more discussion. 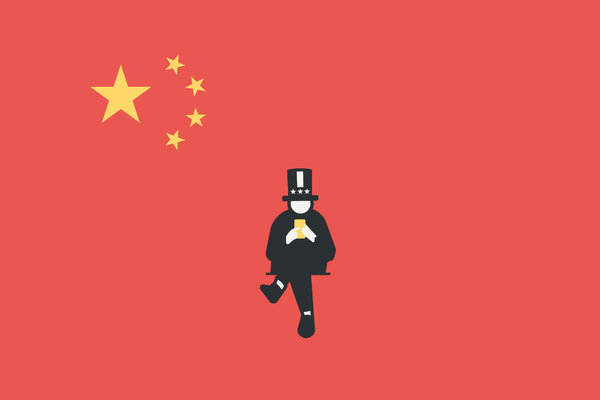 For months now, more than a dozen reporters, photographers and graphics experts have been pulling together an ambitious series about China’s rise and its impact in China and worldwide.

This week, the first stories started to roll out.

The Times will have more on this subject over the coming year (perhaps a reason to subscribe?) but we’re starting with a package of six highly visual stories, available now for binge-reading or saving for later.

You’ll want to start with our Asia Editor, Phil Pan, and his opening essay: The Land That Failed to Fail.

Then dive into any or all of the following:

• The American Dream Is Alive. In China.

• How China Made Its Own Internet

• How China Took Over Your TV

• How China Is Writing its Own (Hollywood) Script

• The World, Built by China

Also, there’s a new Facebook group for those who want to go deeper: Examining China’s Reach With The New York Times.

The New York Times creates a holiday gift guide each year for readers in the United States. But why stop there?

This year, we have an extra special gift guide for you, Australia.

Our bureau collaborated with Wirecutter, the obsessively rigorous review site owned by The New York Times, to select dozens of items from all over the world and Australia (like that festive gin above) to help you find presents for your savviest friends and loved ones.

Everything in the guide can be purchased from Australia. So get shopping!

Take Nick Cave, the American artist who has a new and wildly ambitious installation at Carriageworks in Sydney.

Matthew Anderson, The Times’s European culture editor, is here for a public event with Nick to discuss his work, and the exhibit is very much worth checking out.

“It is a series of monumental installations — including a chandelier that weighs nearly 6,000 pounds and a flapping wall of fan-blasted tinsel — that are awe-inspiring, but also playful. Behind their witty exteriors, though, they are asking us to think about serious issues: race relations, gun violence, gender and sexuality.”

Lisa Pryor, a lifelong Sydneysider who writes regularly for our opinion section, pulls no punches in her latest piece.

Noting that Australia recently passed Switzerland to become home to the wealthiest people in the world, if considered on the basis of median adult wealth, she notes that “recent years have been ones of good luck, but also thwarted opportunity.”

“For all our good fortune, there is a sense in the country that these times, the best of times, have not brought out the best in us,” she writes.

You’ll want to read the whole essay to decide whether you agree or disagree.

For the rest of our local coverage this week — from immigration news to Besha Rodell’s latest review of a hidden gem in Brisbane — go to our Australia page.

5. Marijuana to the Rescue?

Our reporter in New Zealand, Charlotte Graham-McLay, traveled recently to Ruatoria, a remote hamlet hours from anywhere else, where a group of residents has created a business they hope will save their town from economic oblivion.

The business is medical marijuana.

Love the crossword, but looking for a new challenge? Our gaming geeks have come up with something mildly addictive called Spelling Bee.

Test your word-making skills with a series of letters and a requirement that you use the one found in the middle.

This one got me hooked pretty quickly.

After “The Letdown” (from the ABC, now on Netflix), this New York Times series has the next best real-life video portrayals of parenting found anywhere.

“Conception” is what it’s called, but with a mix of animation and interviews, it covers so much more.

This season’s episodes include a parent’s lament about the bogeyman her child fears, the story of a mother “who sometimes dreams she’s childless and free,” and a tale of two babies, two dads, two cultures.

Vanessa Friedman takes her fashion criticism to the malls of Asia and finds quite a lot to contemplate. It’s a fascinating look at both retail and culture.

When I visited Siem Reap a while ago, there were certainly no malls with art like the piece above!

Finally, here’s another attempt to help you be both informed and generous: the Book Review’s 100 Notable Books of 2018.

See if your favorite book of the year made the cut — and find something to give to your favorite reader. Each category, from nonfiction to thrillers and sports, has something worth coveting.

Damien Cave is the Australia bureau chief for The New York Times. Follow him on Twitter: @damiencave.