In early July, I drove to Sydney from Melbourne for what I had planned as a two-week holiday on Australia’s east coast.

Three days after I left, New South Wales announced a border closure with Victoria, cutting the two cities off from each other. The next day, the Victoria authorities reintroduced restrictions to help curb the spread of the virus — a lockdown that ended up lasting 112 days and ranking among the world’s most severe.

As my Melbourne friends and family turned inward, stopped leaving the house after 8 p.m. and began wearing masks in a city that had previously (and without scientific evidence) determined them to be unnecessary, I found myself in an oddly fortunate suspended state. It made more sense to stay away than to go home.

At the time, I was in northern New South Wales. As the virus began creeping up from the south, my partner and I decided to continue north to Queensland, and later, to Darwin in the Northern Territory.

We gathered documents to cross borders in a country where I had rarely considered state lines; saw tourist towns all-but abandoned; and, as we moved further away from the virus, slowly adapted to a world where people hugged, and ate out at restaurants and danced. Yes, danced.

During Melbourne’s first lockdown, I had rigorously wiped down my phone and keys every time I returned to my apartment. I was terrified of getting sick, and I was terrified that the fear, and the compulsion, would never leave me. But I was comforted by how easily these habits dissolved in a safe environment — experts say humans are generally good at letting go of “fear-based rituals” once a threat has passed.

At the same time, there was an unreality to living without the virus. Month after month in Melbourne, the lockdown went on. In the United States, cases surpassed 12 million, and globally, by late September, more than one million people had died.

Eventually, cases began to ease in Victoria. After five months, in early November, we decided to make our way back to Melbourne from Darwin, in a 40-hour drive over ocher earth and scrub.

As we headed through South Australia and toward Adelaide, the state’s capital, the news alerts started coming in. Multiple states had already closed their borders with South Australia, after a cluster of cases linked to a breach in the hotel quarantine system.

It was exactly the way the outbreak had started in Melbourne.

That night, just days before the border closed, this time from the opposite direction, we returned to Victoria. It was a stark reminder that the virus can never truly be avoided or outsmarted. It will show up even in places where for months it appears to have been quashed.

Today, Victoria has hit a month of zero new cases of coronavirus and no deaths — markers widely considered the definition for eliminating the virus. But we are still wearing masks indoors, and there is no dancing in public spaces — yet.

Until we have a vaccine, these restrictions seem like a good idea to me, even if they just serve as reminders that this isn’t over yet. What do you think?

Now, on to the week’s stories: 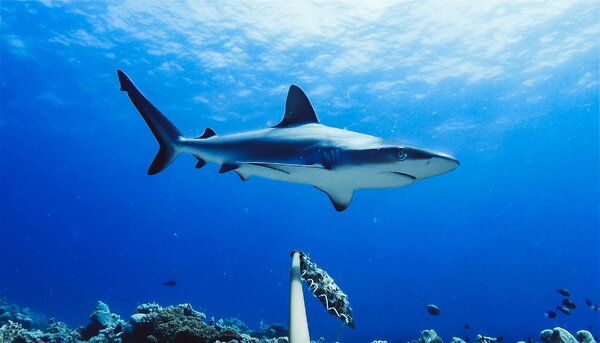 House Hunting in Australia: A Converted Salvation Army Hall in Sydney: Australia’s largest metro area has seen an exodus to the suburbs, which has hampered market momentum and driven up the urban vacancy rate.

Death by Shark Is at a High in Australia. What’s Going On?: Eight people have been fatally attacked this year, the most in nearly a century. But scientists say these numbers don’t tell the full story.

Qatar Charges Airport Police After Female Passengers Are Strip-Searched: Officials also said they had identified the mother of a baby abandoned at the airport, and that they were seeking to extradite her and charge her with attempted murder.

A Lie and a Pizza Shop: Why Australian Officials Reversed a Lockdown: South Australia imposed tight statewide restrictions based on what a man had said about his relationship to a restaurant. And then the authorities learned the truth.

The Myth of North America, in One Painting: Our art critic explains how Benjamin West remade a bloody battle as a founding romance.

Verses vs. Virus: What These Poets Laureate Are Thankful For: Despite a difficult year, there are still neighbors and family, breathtaking landscapes and the ability to just hang on.

Trump’s Pardon of Flynn Signals Prospect of a Wave in His Final Weeks in Office: Political allies and associates are starting to press for clemency as the president also considers extending his criminal justice overhaul by commuting lengthy sentences for other offenders.

‘The Crown’ Stokes an Uproar Over Fact vs. Entertainment: Dramatic liberties in the latest season of the Netflix series, covering the turbulent 1980s, are annoying Britons who wrote of that period, even among those who disparage the royals.