By this time last year, I had already written my first bush fire story of the season — with a headline that called the destruction of the Binna Burra Lodge an omen of the future.

Now, watching another round of unprecedented blazes destroy the American West, I’m reminded of all the interviews I did with scientists who have been telling the public for decades that climate change will make the worst fires hotter, bigger and more frequent.

They were right. They are still right. And the consequences, like clouds of smoke, reach further and linger longer than most of us would have imagined.

That’s one of the things I took away from a recent trip to the South Coast for a story about preparations for another fire season. What I found was that — in an area where you can’t drive more than a few minutes without seeing blackened trees — any thoughts of the future are being colored by the recent past.

Mentions of last year’s fires came up in almost every conversation I overheard in cafes. Recovery, healing, kindness, prevention and paranoia all burst into view as the urge to take control of something, anything, has led to a surge of preventive burning, chopped down trees and never-ending calls to tell fire officials about potential hazards.

Are neighbors burning too much? Too little? Both lead people to ring 000 for help.

“People have started seeing the bush in a very different way,” said Angus Barnes, the operational officer for the Rural Fire Service in Moruya.

We were sitting in a back room at the fire shed, with a map spread out on the table from January showing huge blobs of fire. A call came in on his radio about someone burning leaves on their property. Then another about smoke.

“There’s heightened anxiety about fire in the community,” he said. “We’re trying to explain to people that this year is different. By this time last year, we were already chasing fires.”

But for many, the landscape will never look quite the same again. “There’s still a lot of fuel around,” resident after resident told me. Downed trees, dead and ready to combust. Swaths of forest that escaped the fires last year, sitting near vulnerable homes. Even grasses now look like sparks for bigger blazes.

And the intense focus on the land has upended human relationships too. There are more arguments in families and among neighbors. There are friends who have simply left for good without saying goodbye, their fears, sadness or losses getting the best of them.

No one seems to have much faith in the government either, especially when it comes to climate change, which the country’s leaders continue to shrink from discussing like mumbling teenagers asked about overdue homework.

But there are also signs of resilience and changes at the local level that could grow into strength over time.

Mr. Barnes said there were 438 new recruits for the Rural Fire Service on the South Coast — a surge unlike anything seen before.

A group of Walbanja elders who conduct cultural burns that focus on sustaining native plants and wildlife also told me that their services have been in high demand over the past few months, suggesting that Aboriginal knowledge about fires is finally getting the respect it deserves.

“We’re happy to have more people come on board to learn,” said Andrew White, an Aboriginal land manager who has been doing the burns. “We see it as a way to heal country, get community involvement, and heal the community too.”

Julie Taylor Mills, who has worked with Mr. White and his team for a handful of small burns on her 40-acre property in Meringo, said there are new models of interaction emerging. People are walking in the dark toward a climate-changed future.

“It’s really complicated,” she said. “No one’s got their head around it.”

How are you handling or preparing for Australia’s changing climate? Tell us at [email protected]

Now here are our stories of the week. 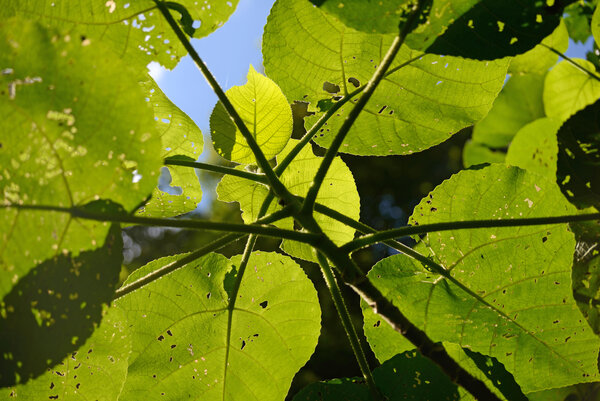 This Tree’s Leaves Look Soft and Inviting. Please Don’t Touch Them. Scientists have found a potent chemical that might give Australian giant stinging trees their extraordinarily painful punch.

Australia’s Witnesses to Fire’s Fury Are Desperate to Avoid a Sequel Eight months after blazes devastated a wide swath of Australia, the most battered communities are trying to burn their way to safety as another fire season approaches.

The Other Way Covid Will Kill: Hunger Worldwide, the population facing life-threatening levels of food insecurity is expected to double, to more than a quarter of a billion people.

Martha Stewart, Blissed Out on CBD, Is Doing Just Fine. America’s foremost domestic goddess was well prepared for many months spent at home.

How Climate Migration Will Reshape America Millions will be displaced. Where will they go?

Her Husband Abused Her. But Getting a Divorce Was an Ordeal. A graphic video of a husband beating his wife has shocked China, shedding light on the prevalence of domestic violence and the difficulties of obtaining a divorce.

Obama’s Memoir ‘A Promised Land’ Coming in November The former president’s publisher plans to release the book after the 2020 election and has ordered a first U.S. printing of three million copies.