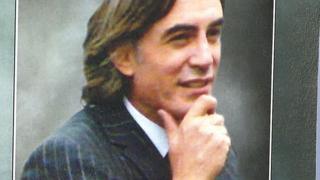 Liborio Benvenuto, who died in 1988, was the last of the old-time Australian godfathers. He understood his power but also its limits.

His protege Joseph “Pino” Acquaro, who was murdered in a Melbourne street last week, was not so wise.

Benvenuto became the leader of The Honoured Society, a Melbourne-based Calabrian mafia group, after a bloody internal battle in the early 1960s dubbed the Market Wars. He presided over a quarter century of relative peace until he died of natural causes in 1988.

Acquaro was for many years a go-to lawyer for Melbourne’s gangland figures and became deeply involved in mafia politics. But a falling out with one of his most high-profile clients alienated him from some in the Calabrian community. He consorted with journalists and police, which deepened suspicions surrounding him.

Acquaro, 54, knew that people wanted to kill him. But perhaps he thought his knowledge and associations would protect him.

There is a paradox at the heart of Melbourne’s Calabrian mafia, the so-called ‘Ndrangheta. It’s a secret society that relies upon building a public reputation for ruthlessness.

“The Honoured Society was never quite as big and influential in Australia as people thought,” former Victorian policeman Brian “The Skull” Murphy says.

“Benvenuto had to cast a big shadow to maintain the status quo. This occasionally had to be backed up by action, lest the aura of power diminish. To get the young Italians to show loyalty to him required a fear of the unknown.”

Murphy remembers Benvenuto as a gracious, courtly figure. “He would greet police with the utmost deference, with a nod and a slight bow. He always liked to keep everybody onside,” Murphy remembers.

Who are the ‘Ndrangheta?

The Honoured Society, or ‘Ndrangheta, got its start in rural Queensland, running rackets in the fruit and vegetable industry.

By the early 1960s the group had spread to Melbourne. The death of a ‘Ndrangheta godfather in 1962 created a power vacuum that sparked a bloody battle for control of Victoria Market, known as the Market Wars.

Liborio Benvenuto, a stallholder at the market, emerged as the group’s new leader. He would remain in charge until his death in 1988.

Authorities in the 1960s were worried enough about the group’s activities to bring in FBI and Italian organised crime experts. They predicted that Australian mafiosi would diversify and create monopolies in a wide range of businesses, both legitimate and otherwise.

The ‘Ndrangheta did just that, largely staying beneath the radar as they expanded in the 1970s. But from the 1980s onwards they have often been the subject of police attention.

Calabrians will kill each other over money but a personal insult, especially an infidelity, is usually the trigger. Some matters can be only settled in blood and in public. The murder of Acquaro last week outside his ice-cream bar in Melbourne’s East Brunswick was about restoring the status quo, putting the fear back into the mafia community. He is the latest in a line of rebellious fringe players to meet that fate, says Murphy.

Acquaro’s first big brief was to represent Calabrians called as witnesses in the investigation into the 1992 murder of fruiterer Alfonso Muratore, who had been married to Liborio Benvenuto’s daughter. On his deathbed, Benvenuto had anointed Muratore as his successor. This was no small matter.

Yet Muratore declined the offer and added further insult by leaving his wife for an outsider named Karen Mansfield. The loss of face this caused for the Benvenuto family ensured Muratore’s death warrant.

Acquaro’s demise, if the talk is right, follows the same theme with a different script. He is said to have fallen out with a former Calabrian client Francesco “Frank” Madafferi, with whom him he had a physical altercation. He made the mistake of winning the fight. Madafferi is serving a 10-year jail sentence for drug trafficking.

Later, Acquaro isolated himself from most of his mob clients and contacts, even leaving his Italian wife for a much younger woman. “That lost him a lot of support. As a Calabrian you can be unfaithful but you don’t leave your wife,” says a former Acquaro associate.

To make matters worse, he was seen in the company of police officers and journalists. Later, when The Age newspaper published stories about the Madafferi family’s alleged mafia connections, patriarch Antonio “Tony” Madafferi sued the newspaper trying to unmask Acquaro as the source.

It was revealed in that defamation case that police had last June warned Tony Madafferi that if Acquaro was harmed they would know where to start looking. They had heard there was a A$200,000 ($150,000, £107,000) contract on Acquaro’s head. Mr Madafferi, the owner of a national pizza restaurant chain, has denied any involvement. His lawyer Gina Schoff said the murder of Acquaro was an “incredible coincidence”.

Police reportedly still fear for the safety of another Calabrian crime figure, convicted drug importer Pasquale Barbaro, who is in maximum security at Victoria’s Barwon Jail. There is intelligence that his business partners in Italy want him dead over a massive ecstasy shipment that was seized in 2007.

This followed revelations that six snipers were sent from overseas to murder Barbaro and an associate at their homes in Griffith in NSW before they were arrested over the 2007 shipment.

It was suspected the pair had double-crossed their partners over the shipment, which had in fact been intercepted by police.

History suggests there is little chance that police will catch Acquaro’s killer. In more than a century of mafia slayings in Australia, only a couple of perpetrators have been brought to justice. Melbourne hitman James Bazley was convicted of killing anti-drugs campaigner Donald Mackay in 1977, but never gave up those who ordered the hit.

Otherwise, most investigations into mafia hits have been fruitless due to the strict observance of omerta, the code of silence.

Adam Shand is an award-winning writer and journalist who has published several books about Melbourne’s underworld.