Over the past four years, ever since we opened the Australia bureau, I’ve often been impressed with the thoughtfulness and global savvy of our regular readers. This newsletter has always drawn together a far-flung community of Australians and those who love them.

But after Besha Rodell wrote in last week’s letter about Australia’s decision to keep its international borders closed until the middle of 2022, the floodgates opened in a way I’ve rarely seen. Her heartfelt account was well read the world over, and when we asked for your take on the travel ban, we received hundreds of replies from all over the world.

Though the opinions varied, and there was some support for restricting travel, most of what we received expressed a mix of disappointment, frustration and confusion.

Yan Zhuang wrote about these feelings in a news article this week, but even that may not be enough to capture the volume of emotion. So we decided to share a few more responses below (they’ve been edited for brevity and clarity).

Thank you to everyone who contributed — and we hope you get to see your loved ones soon.

I’m like thousands of expats from all over the world; we are grief-stricken, confused, and completely exasperated by the government’s lack of communication, unwillingness to commit to metrics or a timetable, and lack of empathy. There seems to be almost no capacity for nuance, no willingness to consider the many points on the spectrum between hard closure and flinging the gates wide open, and a seeming inability to distinguish between travel for pleasure or holidaying and family reunification, vaccinated versus unvaccinated travel, and any way forward for Australia other than ‘zero cases at any cost.’

We are U.S. citizens who would typically travel once or twice a year to Perth to visit our daughter, who is a dual citizen of the U.S. and Australia. We are both in our 70s, fully vaccinated, and cannot understand why parents do not fall within the Australian definition of “immediate family” for exceptions from the travel limitations. Our son and his fiancé are planning their wedding, postponed from 2020, for April 2022. Will our daughter not be able to travel to the US to be in her only sibling’s wedding? Can a reasonable risk-based approach be considered by the Australian government for resuming international travel sooner?

I cried reading your article, but as with so many things this past year I steeled myself against another setback. We had thought my parents might visit in October, then we might fly back together and quarantine with their help with the kiddos, maybe see my sister, her family and my darling nephew.

Now, that seems so naïve! The idea that my son will be 2 before he meets his grandparents and aunt is one of those thoughts I can’t dwell on.

I moved here last year from the U.S. with my Australian husband (and dual citizen children), and while of course we’re extremely grateful for the normalcy here, it seems ludicrous to imagine we can freeze the country under glass for years. We feel a bit, well, trapped in paradise. I hope the government soon puts a higher priority on figuring out how to safely open its borders instead of acting like we can wall ourselves off from the world indefinitely.

My only son chooses to live in New York. I am quadriplegic and miss his company but we can FaceTime as often as we like or even, perish the thought, engage in meaningful correspondence — where is the hardship compared to the greater good?

My two grandsons live in Sydney, they are almost 5 and 2. Oh the hugs we have missed. I know that many people missed hugs during the pandemic but once they were vaccinated they got their hugs. Will Australia open up in 2022 like they say or will the pandemic continue for years to come? Will I be around to hug my grandchildren again? I had tucked my feelings somewhere deep inside me knowing that it is what it is and I can’t do anything about it but I saw myself in Besha Rodell’s article and it brought me to tears.

This travel ban has ruined my life! I haven’t seen my fiancé in 16 months. For the past year I have lived every day depressed, angry, hopeless, irritated, lonely and confused. I feel completely abandoned by my country, the people who are completely OK with the travel ban and just see the tens of thousands of Australians suffering as a necessary sacrifice.

The level at which the Australian government has taken people like me, and our concerns, seriously is near nil. Most of us have just become accustomed to the fact that our lives will not change in the foreseeable future, that there are dozens, if not hundreds, of days just like this one waiting for us. We carry on like ghosts, our lives on hold, waiting to be with our loved ones, our children, our parents — many with few years left; we wait to be normal again.

Now here are our stories of the week. 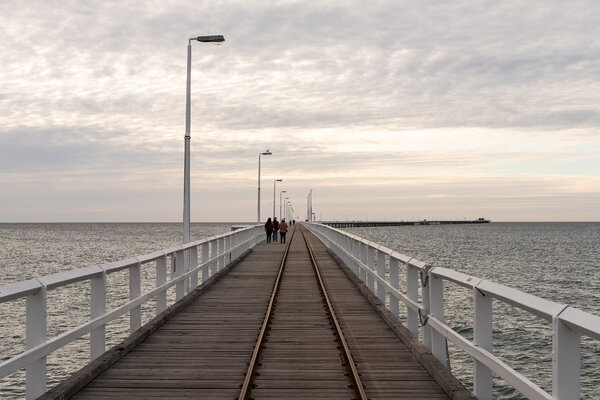 Australia, ‘Hermit Nation’? Some Warn Against Another Year of Shut Borders. “I’m not going to take risks with Australians’ lives,” the prime minister said. But critics say putting off reopening until mid-2022 could cause lasting damage.

As More Australians Migrate to the Coast, Development Follows. Coastal developments around Australia are booming thanks to population growth and a pandemic-related appetite to be closer to the water.

Australia’s first repatriation flight from India returns half empty. The flight had been scheduled to carry 150 passengers, but just 80 people were on it.

The Gaza Conflict Is Stoking an ‘Identity Crisis’ for Some Young American Jews. A new generation is confronting the region’s longstanding conflict in a very different context, with very different pressures, from their parents’ and grandparents’ generations.

China Releases Rover’s First Photos After Mars Landing. The country’s space agency said that the components of the spacecraft had “deployed in place normally.”

Sinead O’Connor Remembers Things Differently. The mainstream narrative is that a pop star ripped up a photo of the pope on “Saturday Night Live” and derailed her life. What if the opposite were true?

The Art of the Sneaker. A new exhibition in London charts the rise of global sneaker culture, from performance shoe to cult collector item. But do they belong in the museum?