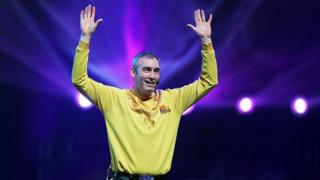 Greg Page, a founding member of the popular children’s music group The Wiggles, has collapsed at a bushfire relief show in Sydney.

Page – who used to perform as the yellow Wiggle – sang on stage for an hour and a half before the incident.

“Medics were called immediately and he was taken to hospital where he is receiving treatment,” the band tweeted.

The Wiggles were created in 1991 and have sold tens of millions of CDs and DVDs around the world.

Page was a founding member and the original lead singer.

He retired due to ill-health in 2006, returning briefly in 2012 before leaving again. Reports in 2006 said Page had been diagnosed with orthostatic intolerance, an illness related to blood pressure.

Thursday was the singer’s 48th birthday.

Update: At the end of the show this evening there was a medical incident off stage involving Greg Page. Medics were called immediately and he was taken to hospital where he is receiving treatment. We will provide more information as it comes to hand.

According to Australian media, New South Wales Ambulance announced that a man in his 40s was taken from the venue to Westmead Hospital, and was in a serious but stable condition.

This performance was the first of two scheduled with the original Wiggles cast. It was a sold-out, adults-only performance, with all proceeds going to the Australian Red Cross and the NSW Wildlife Information Rescue and Education Service (WIRES).

Page – along with fellow founding members Murray Cook and Jeff Fatt – left the band in 2012. A new line up consisting of original member Anthony Field and new singers Lachlan Gillespie, Simon Pryce and Emma Watkins debuted at the end of that year.

Several of the group’s records have gone multi-platinum, and The Wiggles have won 14 Australian Recording Industry Association music awards for Best Children’s Album.