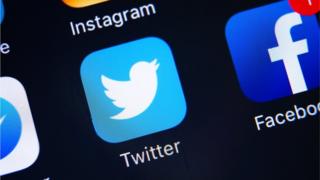 Australia’s highest court has made a landmark ruling that a public servant was lawfully sacked for writing tweets which criticised government policies.

Michaela Banerji was fired in 2013 for her criticisms – expressed under a pseudonym – of the nation’s controversial immigration programmes.

The court rejected her claim that she had been denied a right to free speech.

The ruling could have far-reaching implications for employees who express political views, lawyers say.

What happened at the time?

Using the Twitter name LaLegale, she wrote posts which often criticised Australia’s immigration policies and its overseas detention of asylum seekers. The posts were sent from a personal device and almost exclusively in her own time.

Ms Banerji later took her case to an appeals tribunal, which found her sacking had violated her right to freedom of political communication.

The government then challenged that decision in the High Court of Australia.

What did the court say?

It found Ms Banerji’s dismissal had not breached the constitution, citing rules that public servants “must take reasonable steps to avoid any conflict of interest (real or apparent)” with their employment.

Those rules require bureaucrats to be “apolitical”, the court determined.

In doing so, it rejected Ms Banerji’s argument that she had been unreasonably sacked because her Twitter profile had never disclosed “that it was operated or endorsed by a member of the public service”.

Ms Banerji left the court in tears after the decision, telling reporters: “It’s not just a loss for me, it’s a loss for all of us, and I’m very, very, very sorry.”

The decision has implications for Australia’s approximately two million public servants and what they can post on social media, says the Community and Public Sector Union.

The union’s spokeswoman, Nadine Flood, said public servants “should be allowed normal rights as citizens rather than facing Orwellian censorship because of where they work”.

“The implication is that for any employee-employer relationship, if the employee is critical of the employer’s position on some politically relevant social issue, they can be sacked,” he said, reported the Australian Broadcasting Corporation.

“This is a really naive decision in terms of the political realities of what exist in the community.”