Helena Norberg-Hodge has been arguing for localism since the 1970s, but the pandemic is making the Australian activist-scholar’s ideas more relevant than ever. 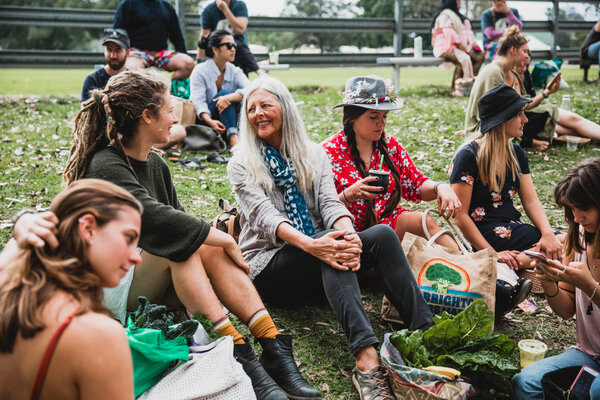 MULLUMBIMBY, Australia — Helena Norberg-Hodge strolled into the farmers’ market that she helped start long before it was fashionable. She had come to shop but also to check on friends — especially the farmers living out her ideas about prizing localism and rejecting globalization, for the health of the environment and the happiness of humanity.

A few steps into the market near the New South Wales coast, she found Andrew Cameron, 38, a cattle rancher with a thick beard and a cooler full of grass-fed meat. He said Covid-19 had made Ms. Norberg-Hodge’s message even more vital.

“We’ve just been shown how fragile and not resilient it all is,” Mr. Cameron said, referring to global supply chains that spread the coronavirus worldwide, then struggled to deliver medical supplies. “Our resilience now” — “yeah, yeah,” Ms. Norberg-Hodge said, goading him on — “comes from local producers.”

“There has been such a huge shift in awareness,” she said, her blue eyes filled with energy.

The back and forth perfectly captured how Ms. Norberg-Hodge — an activist-scholar who started promoting localism decades ago — has become a lodestar, now more than ever, for people all over the world who are demanding an alternative to the global system of trade.

At 74, she still interrupts with the urgency of an eager student, determined to win over every skeptic or amplify her message alongside the converted. And it’s quite a crowd she has gathered. Her vocal supporters include the Dalai Lama, the British comedian Russell Brand, the San Francisco chef Alice Waters, and Iain McGilchrist, the Oxford literary scholar and psychiatrist.

“Whether or not our civilization survives, Helena’s work is of prime importance,” said Dr. McGilchrist, whose groundbreaking 2009 book, “The Master and His Emissary,” argued that each half of the brain generates a fundamentally different way of experiencing the world. “Encouraging local communities is a vital antidote to universal globalism.”

“And if civilization should break down,” he added, “it will be our only hope for survival. We need to be acting on her ideas now.”

Those ideas can be found in books and in documentaries, along with conferences and regular lectures tied to her nonprofit organization, Local Futures, which has offices in Australia, Britain and the United States. It boils down to two concepts that sound simple but have profound implications: First, shorter distances are healthier than longer distances for commerce and human interaction; second, diversification — one farmer growing a dozen crops, for example — is healthier than monoculture, which is what globalization tends to create, whether it’s bananas or mobile phones.

“My big thing is helping to make this grow all over the world,” she said, pointing to shoppers and farmers chatting over produce. “It just makes sense.”

A linguist by training who studied with Noam Chomsky in the 1970s, Ms. Norberg-Hodge says she landed in Byron Bay 20 years ago, at least part-time, because her husband, John Page, an English lawyer, seemed to benefit from the favorable climate.

The home they share is modest, surrounded by trees, strewn with Asian rugs and overrun by books with titles like “Silencing Dissent” and “The Capitalism Papers.”

In many ways, she fits right in around Byron Bay, where she helped start all four farmers’ markets in the area. Though now known as a celebrity hangout, the coastal town has been a haven for surfers, back-to-the-landers and backpackers since the 1960s. Not that Ms. Norberg-Hodge, wild gray hair notwithstanding, sees herself as a hippy. 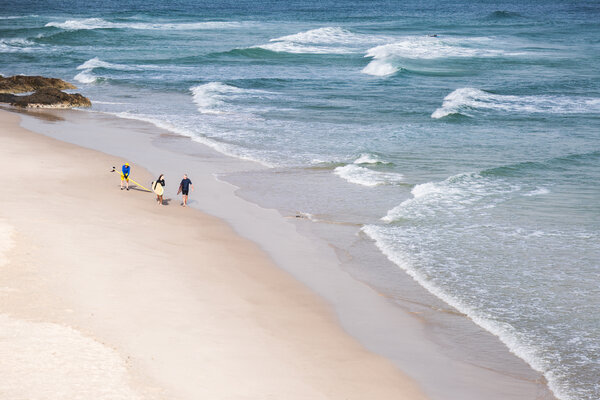 At the market, she winced after encountering a baby boomer American in a long flowing dress who started going on about how Ms. Norberg-Hodge should pitch her latest documentary to this very interesting film festival called Sundance.

She was much more comfortable talking to Lance Powell, 67, an organic farmer who reported that after he stopped selling to supermarkets and shifted to organic local sales, his business soared and his stress level collapsed.

“What it is,” she said, “is rebuilding human interdependence.”

It’s an interesting critique coming from such a peripatetic citizen of the world.

Ms. Norberg-Hodge was born in New York City, but her parents were Swedish, and after growing up in Stockholm she studied and traveled her way into speaking six languages before she turned 30.

In 1975, on the strength of those skills, her plans for life were thrown into disarray when a German film crew invited her to Ladakh, a mostly-Buddhist mountain enclave in northwest India, which was just starting to open up to tourism and the international economy.

She became one of the first visitors to learn Ladakhi, which helped her see how the unquestioned pursuit of economic growth corroded local competency and cohesion.

The path to “development” for Ladakhis meant ending centuries of self-reliance, where they found everything they needed around them, except salt, which they traded for. It also meant accepting policies that favored choices they would not have made on their own.

Ms. Norberg-Hodge tried to fight back — early on, she started a pilot program for solar power. She also tried to maintain self-esteem among local young people by helping them see that the Hollywood images they devoured did not capture the full picture of consumerist reality. Along with shiny products, she emphasized that life in the West also included depression, divorce and social strife.

Her first book, “Ancient Futures,” and a film of the same title, has been translated into 40 languages. Together, they amount to a cri de coeur about Ladakh, warning the world to stop assuming that progress is one-size-fits-all.

“She got the opportunity to see a different world, and she was smart enough to understand that she wasn’t looking at a relic, she was looking at a vision of a working future,” said Bill McKibben, an author and founder of the environmental activism group 350.org. “And she has kept that vision close over many decades, helping all of us see that the metrics we’re used to — G.D.P., say — are not the only possibilities.”

Over tea one recent day, Ms. Norberg-Hodge argued that G.D.P., or gross domestic product, the accepted benchmark of national economic output, should be redefined.

She shook her head in quiet scorn, as if saying it out loud was enough to reignite her outrage.

What she would like to see instead, she said, is what she calls an “economics of happiness,” where the cost of environmental damage is included for products shipped over long distances; where intangible benefits like community are more deeply valued in policy.

Food is where she has had the most success so far. Alice Waters, who brought local, healthy cuisine alive at her Berkeley restaurant Chez Panisse, said she met Ms. Norberg-Hodge in the 1980s after reading “Ancient Futures.” She described her as “tireless and single-minded.”

“I have completely internalized her vision of how we can come back to our senses,” Ms. Waters said. “Her ideas about building a community have always resonated with me. Like her, I believe, deeply, that our future is local and organic.”

Ms. Norberg-Hodge said the coronavirus pandemic may be the disruptive force that could lead people to more “medium-sized” lifestyles in smaller communities, even within cities.

Her contacts all over the world, from Asia to Europe, are already reporting a public shift back to local priorities. In Australia, too, “buy local” has become an even more popular mantra as shipping times for imported products lengthen.

Perhaps, she said, there are reasons for optimism being planted in otherwise dark times.

“I think this moment has meant that a lot of people have developed an appetite for having a little more time, being a bit closer to home, learning the names of their neighbors, becoming interested in where their food is coming from and even developing an appetite for actually growing food.”

For a moment, she stopped lecturing. “It’s so heartwarming for me to see,” she said.