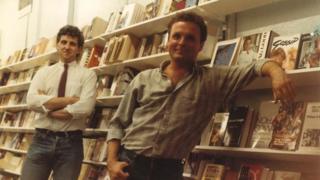 “People have a sense of ownership when they come here,” says Les McDonald. “A sense that it is a place for them to learn about themselves and their history.”

McDonald is talking about The Bookshop, the business he and Wayne Harrison opened in Sydney, Australia, in 1982, two years before New South Wales decriminalised sex between men.

“Wayne and I co-founded The Bookshop because we travelled to New York and we noticed that gay books were being advertised in all of the gay press and we thought: ‘No-one’s doing that at home.’

“So we contacted St Martin’s Press [in New York] and we bought a couple of books in volume, shipped them back to Australia and advertised them in Campaign [a gay Australian newspaper at the time]. From that, we formed two book clubs – the Gay Book Club and the Lesbian Book Club – and we did a lot of mail order.”

The demand for LGBT books among an Australian readership was clearly high, as “the mail order took over our home”, says McDonald.

So he and Harrison opened their first shop, on Sydney’s Crown Street. In 1984 they moved to Oxford Street, where they’ve been ever since.

The Bookshop is now one of the last-standing LGBT bookstores in the world.

“It was the time before computers and apps and all that sort of thing,” explains McDonald. “The bars were all really busy, the streets were teeming with people, and The Bookshop became a sort of a central meeting place in the heart of it.”

The Bookshop was a vital resource for people who wanted guidance and help about coming out.

“When HIV/Aids happened, it became a lot more crucial to have a physical place that had information about that,” says McDonald. “Titles about HIV/Aids were not being published in Australia, and we had to go to the US to find them.”

Through the 1980s, The Bookshop worked with the Sydney Gay and Lesbian Mardi Gras, selling tickets to the parade from its upstairs office, and with Aids Council of New South Wales (ACON), promoting fundraising events and rallies.

ACON events manager David Wilkins says The Bookshop was important to the development of Mardi Gras, which began as a commemoration of the 1969 Stonewall riots in New York. He recalls “queues around the block” for tickets.

“Plus,” remembers Wilkins, “in the 1960s and 70s, you had to bribe police if you were going to run an out, gay business in the community. Les paved the way for other LGBT businesses.”

‘A space to cope with life’

The Bookshop has also functioned as an information hub for queer scholars and thinkers from around the world.

Hendri Yulius, a writer and academic from Indonesia, first visited The Bookshop in 2013. He didn’t then know the store would become his “second home” while undertaking graduate study in Sydney a few years later.

“Back in my country, queer sexuality has never been openly discussed, and is even considered taboo,” he says.

“The shop offers not only books but also a space to cope with life, however little and temporary that is. A few times, I helped The Bookshop in its events, talked to those older gay men, and saw how relieved they were to be able to speak to someone else.”

With the internet came change – not just for The Bookshop, but for LGBT communities around the world. People were suddenly connected in ways that were previously impossible, and The Bookshop was quick to embrace that shift.

“In the early 90s, we were one of the first bookshops to have an actual website,” says McDonald.

However Graeme Aitken, the shop’s long-time buyer and manager, is quick to point out: “Though you would think everyone is on the internet these days, I can tell you that they are not.”

“We have quite a large proportion of customers who are older, or from rural places with slow internet. Or [others] who call us because they have a family member that they think might need help coming to terms with their sexuality or gender.”

William Brougham, who has patronised The Bookshop for over 15 years, says there is a “certain magic” about browsing queer books in a physical bookshop, “which cannot be recreated online”.

“Not everyone in our community necessarily feels comfortable in LGBTIQ bars or clubs but they can come to The Bookshop for a bit of an escape, a look around and a chat with the staff. Going there can feel like catching up with friends,” he explains.

Noel Lee, who has been The Bookshop’s floor manager for 17 years, recalls many sweet instances of customers contacting the store so that they might better support LGBT family members.

“I had a mother call from north Queensland, saying that she thought her son might be gay and she wanted to know how to talk to him about it and make him feel safe, because his dad might not be as OK with it,” he says. 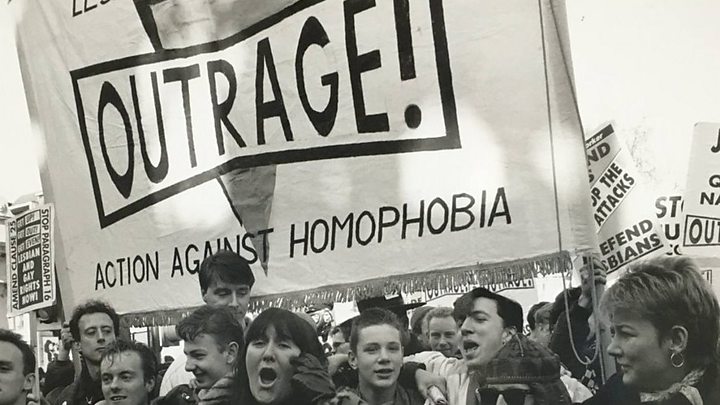 “It’s those kinds of moments that get me all emotional and thankful. That’s when you really connect with love in this job.”

It’s not just familial love that the store embraces, though. The Bookshop is also the place where Lee met his partner: “I picked him up over the counter,” he laughs.

These days Sydney is reasonably safe for LGBT folk to be themselves anywhere, but it’s still places like The Bookshop, says McDonald, that bring queer people and allies into a sense of lived community.

“There is a multiplicity of ways of being LGBTQI, and when you come here, to this space, you can find all of them,” he says.