TOKYO — Two American men believed to have helped Carlos Ghosn, the former Nissan chief, escape Japan in a speaker box in 2019 as he faced criminal charges lost their last bid on Saturday to block their extradition from the United States to Japan.

Without comment, Justice Stephen Breyer of the U.S. Supreme Court denied a request by lawyers for the two men — Michael Taylor, 60, a former Green Beret, and his son Peter Maxwell Taylor, 27 — to suspend a lower court order that cleared the way for them to be sent to Japan to face trial.

The two men are wanted for their role in a caper that seemed straight out of a Hollywood movie, with the country’s most famous criminal defendant fleeing right under the authorities’ noses.

In December 2019, Mr. Ghosn was spirited from his Tokyo apartment to the Osaka region, where he was smuggled onto a private plane bound for Turkey. He then flew on to Beirut, putting him out of reach of the Japanese authorities, who had accused him of financial wrongdoing.

Japanese prosecutors issued a warrant for the Taylors’ arrest in January of last year. U.S. officials detained them in Massachusetts in May as the younger Mr. Taylor prepared to fly to Lebanon, where Mr. Ghosn now lives.

The Taylors have spent the intervening months in a county jail, fighting to avoid being sent to Japan, which has an extradition treaty with the United States. The men were denied bail after the U.S. attorney’s office deemed them “an enormous risk for flight,” citing their role in Mr. Ghosn’s escape.

The men have not denied involvement in Mr. Ghosn’s flight. The Japanese authorities have presented extensive documentation of the two men’s role, including detailed accounts of their movements before and during Mr. Ghosn’s escape.

According to the Japanese authorities, Peter Taylor traveled to Japan three times in 2019 to meet with Mr. Ghosn — who was awaiting trial under surveillance at his home in Tokyo — including on the day before his escape.

The next day, Mr. Ghosn walked to a nearby Tokyo hotel, where he met with Michael Taylor and another man, George Antoine Zayek, a veteran of the Lebanese civil war. The two men accompanied Mr. Ghosn to Osaka, before hiding him in a large speaker box with holes drilled in the bottom and placing him aboard the private jet bound for Turkey. 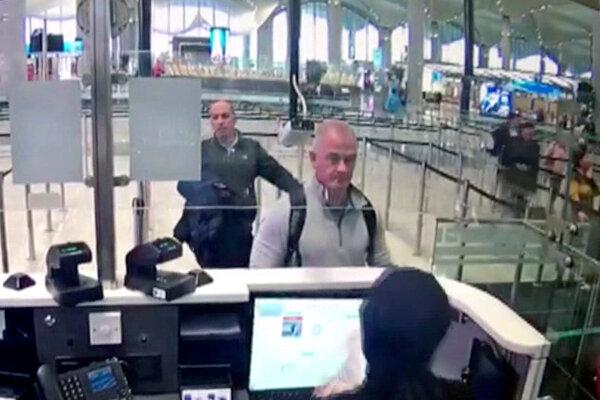 Lawyers for the Taylors have argued that the allegations against them do not constitute a crime in Japan. They also say that the men would face arbitrary detention and treatment amounting to torture under Japan’s legal system.

The country has come under criticism at home and abroad for a system of “hostage justice,” in which criminal suspects who deny guilt can be held for long periods without charges.

Mr. Ghosn, who maintains his innocence, says that he was the victim of a politically motivated campaign by Nissan executives and Japanese officials to unseat him, and that he fled the country to escape a rigged justice system.

Mr. Ghosn’s escape from Japan was planned in cooperation with a team of at least 15 operatives around the world, The New York Times previously reported.

Peter Taylor, who works in private security, had helped with other international escape operations in the past. The Times once hired him to help rescue a correspondent, David Rohde, from the Taliban. Mr. Rhode escaped on his own in 2009.

In the lead-up to Mr. Ghosn’s escape and in the months afterward, Mr. Ghosn and his son, Anthony Ghosn, made more than $1.3 million in direct payments to Mr. Taylor and a company he controlled, U.S. prosecutors said in court filings.