Brazilian officials said Thursday that a coronavirus vaccine made by a Chinese company was effective, bolstering the chances of approval for a second Chinese inoculation that could be rolled out in much of the developing world.

Officials in the state of São Paulo, where a prominent medical research institute carried out a large study of the vaccine made by the Beijing-based Sinovac, said the inoculation had an efficacy rate of 78 percent.

The vaccine prevented all participants from developing serious and mild complications from the virus, officials said, calling it a highly effective preventive tool.

In anticipation of approval, the vaccine, called CoronaVac, has already been shipped around the world as countries prepare for mass inoculation campaigns. Sinovac has sold more than 300 million doses, mostly to low- and middle-income countries, accounting for about half of the total doses that China says vaccine makers were capable of producing in 2020, based on an analysis of company statements and media reports.

China has set its sights on supplying the developing world with a Covid-19 vaccine, in a push to position itself as a leader in health diplomacy after its failures in the early days of the outbreak. It also wants to burnish its credentials in science by becoming a major player in the global vaccine business.

Even without the regulatory greenlight, China has embarked on an aggressive vaccination drive at home, with the goal of inoculating 50 million people by the middle of next month. Beijing has also developed an overseas distribution plan for exports, directing airlines to stock up on refrigerators and dry ice. 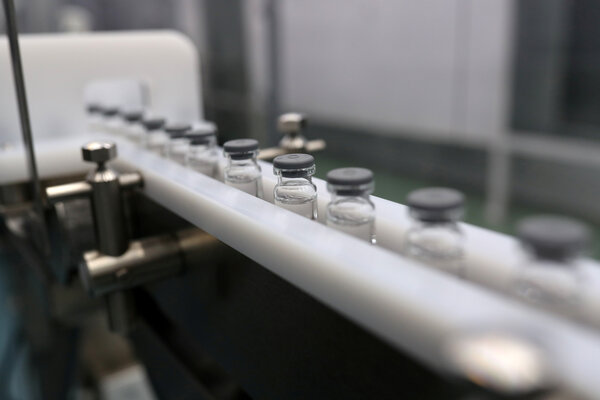 China is filling a void in poorer nations left by Western competitors. The United States is mainly focused on working through the chaos of distributing its vaccines at home. The European Union and other rich countries have bought many of the doses supplied by the American drugmakers Pfizer and Moderna.

“The Chinese have been eager to get out in front, aware of the gap and the hoarding and pre-purchase of so many billions of doses by the Western governments that is leaving so many countries high and dry,” said J. Stephen Morrison, director of the global health policy center at the Center for Strategic and International Studies.

“It will become a tool in their diplomatic alliances, and it will give them some measure of prestige and standing with countries that choose to make use of them,” he added.

Unlike players from the United States, Chinese vaccine makers had to think globally almost from the start. The companies had to go abroad to test for the efficacy of its vaccine because the outbreak had been largely stamped out in China.

In recent months, Chinese companies have signed agreements with at least 15 countries and regions, providing early access to doses. Their vaccines have been rolled out in the United Arab Emirates and Bahrain after being approved for emergency use.

Many of their early customers were the governments that cooperated on the late-stage, Phase 3 trials. Brazil has roughly 10.8 million doses of the vaccine on hand and intends to start producing it locally, and Indonesia and Turkey have both received shipments of Sinovac vaccines. Sinovac has said it is able to produce 600 million doses this year.

These deals could help vaccine makers shake off the industry’s tarnished reputation following a series of quality and corruption scandals. For decades, Chinese vaccine makers focused only on serving its domestic market. Only five Chinese vaccines have been preapproved for export by the World Health Organization — one of them is a hepatitis A shot made by Sinovac.

The results in Brazil are closely watched by regulators in other countries that are conducting trials for the Sinovac vaccine because it had the biggest number of volunteers, at 12,476. Turkey announced on Dec. 24 that the vaccine had an efficacy rate of 91.25 percent but it was based on preliminary results from a small clinical trial. The scientists who ran the trial discussed the results at a news conference, but they did not provide the data online in written form.

The Chinese government said on Dec. 31 that it had approved another coronavirus vaccine made by the state-owned company Sinopharm, which had announced that its Phase 3 trials showed that its vaccine had an efficacy rate of 79.34 percent, but it did not provide any further data from their trial, making it impossible for outside experts to evaluate the claim.

Like the Sinopharm vaccine, CoronaVac is made with a traditional technology that uses an inactivated virus to provoke the body’s immune system to produce antibodies.