(Reuters) – Jeff Bezos, chief executive of Amazon.com Inc, has accused the owner of the National Enquirer of trying to blackmail him with the threat of publishing “intimate photos” he allegedly sent to his girlfriend unless he said in public that the supermarket tabloid’s reporting on him was not politically motivated. 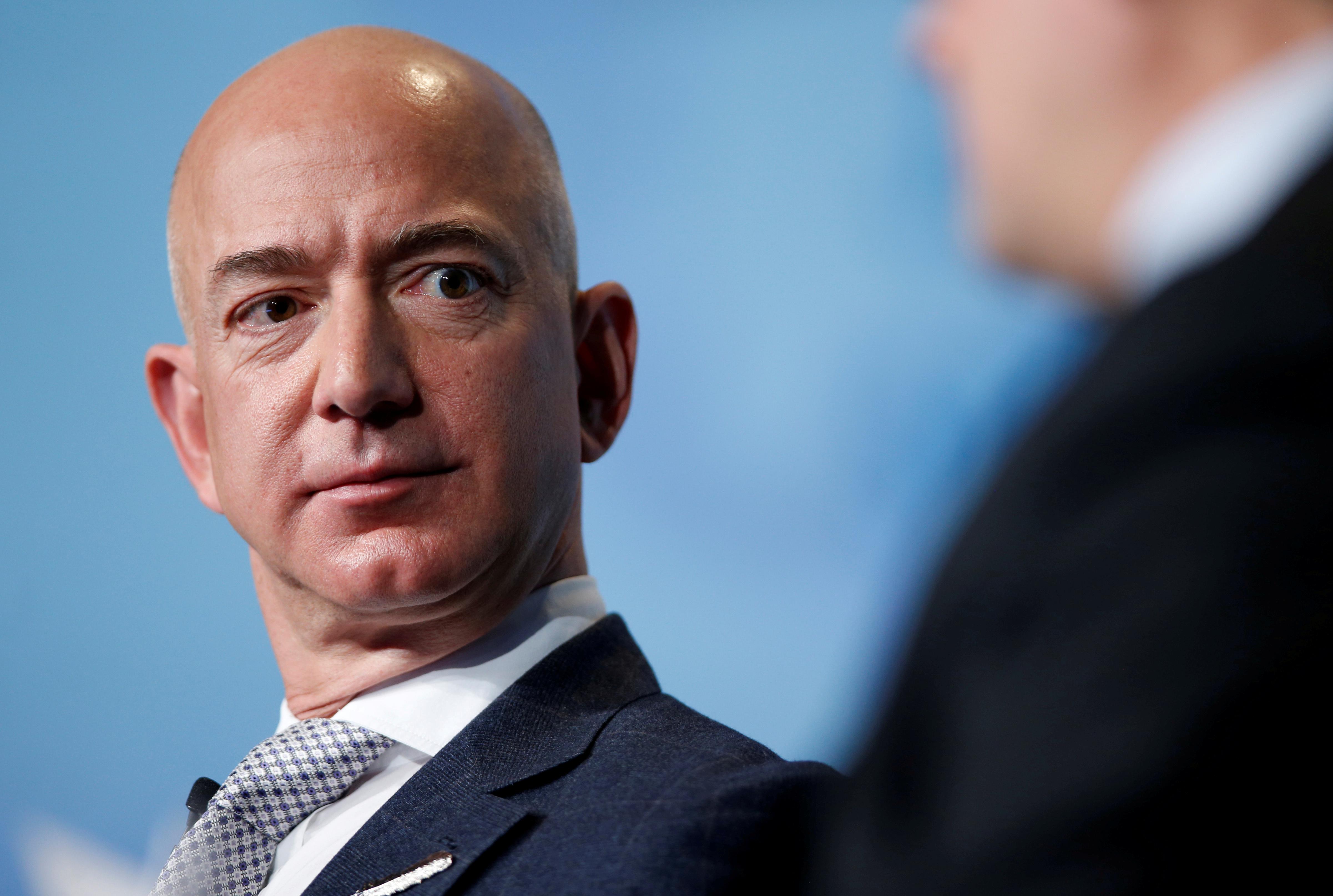 The accusation, published in a blog post (bit.ly/2WOLuOf), is the latest twist in a weeks-long saga that has brought the world’s richest person’s private life into the spotlight and thrusts him deeper into a battle with the leading U.S. tabloid publisher, which has had close links with the president of the United States.

“Of course I don’t want personal photos published, but I also won’t participate in their well-known practice of blackmail, political favors, political attacks, and corruption,” Bezos wrote. “I prefer to stand up, roll this log over, and see what crawls out.”

American Media Inc (AMI), the owner of the National Enquirer, did not immediately return a request for comment.

Bezos and his wife announced last month that they were divorcing after 25 years of marriage, following a period of “loving exploration” and trial separation. That same day, the National Enquirer touted it was publishing alleged intimate text messages between Bezos and Lauren Sanchez, a former television anchor whom he was said to be dating.

Since the affair, Bezos opened an investigation into the leak led by Gavin de Becker, a public safety expert and former appointee of U.S. President Ronald Reagan. De Becker proceeded to tell media that the leak was politically motivated.

Bezos, Amazon and the newspaper he owns privately, the Washington Post, have all been targets of attacks on Twitter by U.S. President Donald Trump.

“It’s unavoidable that certain powerful people who experience Washington Post news coverage will wrongly conclude I am their enemy,” Bezos wrote. “President Trump is one of those people, obvious by his many tweets.”

The suggestion that the National Enquirer’s reporting on him was politically motivated concerned AMI, according to Bezos.

In his blog, Bezos reproduces an email from AMI deputy general counsel, Jon Fine, to a lawyer representing de Becker. In it, AMI proposes a public acknowledgment from Bezos and de Becker that “they have no knowledge or basis for suggesting that (AMI’s) coverage was politically motivated or influenced by political forces.”

In return for such an acknowledgement, according to the email, AMI offered “not to publish, distribute, share, or describe unpublished texts and photos.”

Bezos said the statement AMI was proposing was false and described the offer as an “extortionate proposal.”

The alleged extortion raises questions about whether AMI and its chief executive David Pecker have violated a cooperation agreement AMI made last year with federal prosecutors in connection with a $150,000 hush-money payment given to Karen McDougal, the Playboy model who claims she had an affair with President Donald Trump.

The payment was made during the 2016 presidential election to influence that election, according to the United States Attorney’s Office for the Southern District of New York. The deal not to prosecute was conditional on AMI not committing another crime, the office said.

“Clearly Bezos will have a civil claim against AMI if they chose to bring it, but the question is whether it is criminal,” said David Berger, a litigation partner with Wilson Sonsini Goodrich & Rosati.

Bezos, who owns more than $120 billion in Amazon stock, said in his blog: “If in my position I can’t stand up to this kind of extortion, how many people can?”