TOKYO (Reuters) – Asian shares edged towards a five-month high on Wednesday and the dollar hovered near a three-week low after Federal Reserve Chairman Jerome Powell reiterated the central bank’s shift to a more “patient” approach to policy amid slowing economic growth. 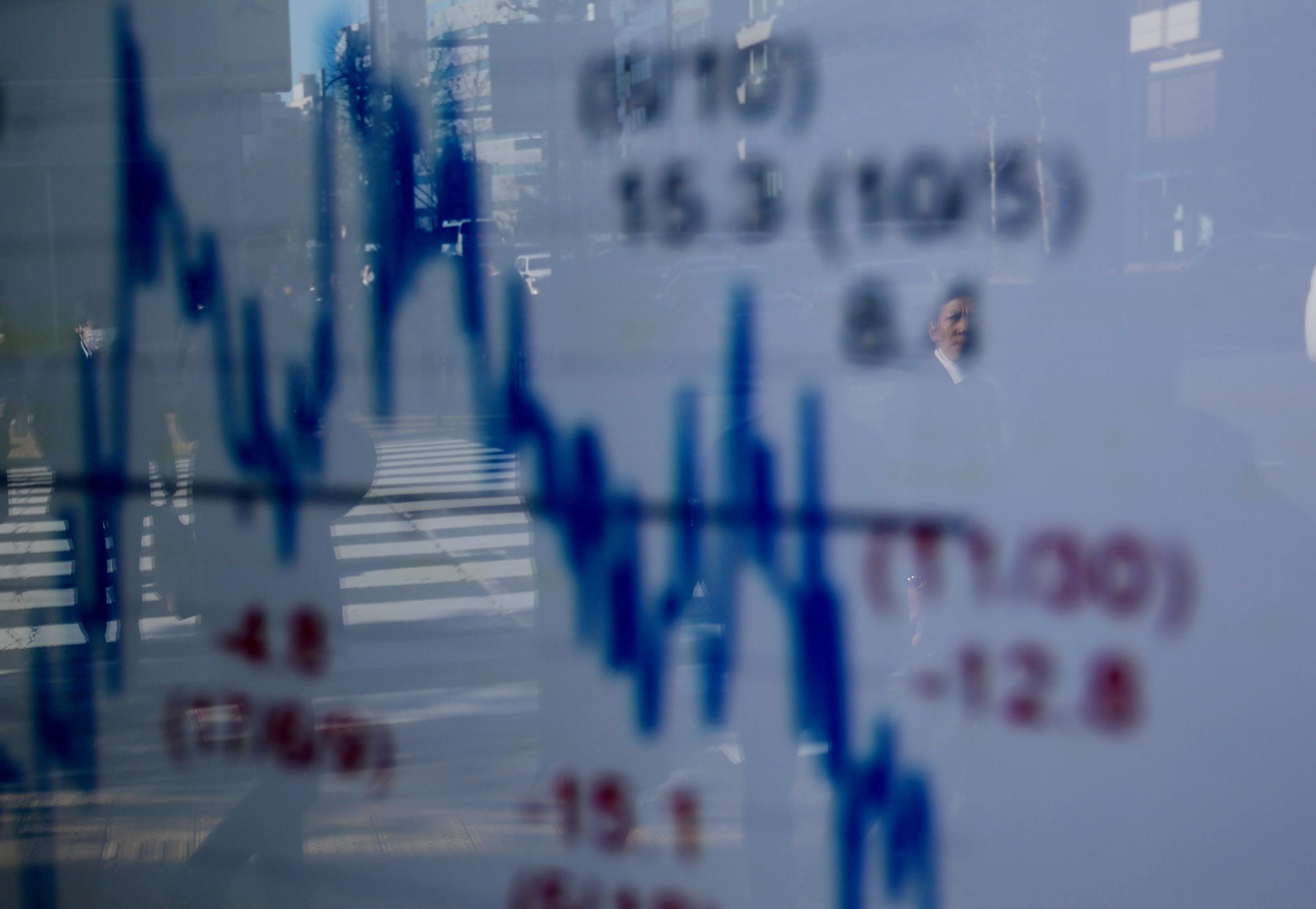 Spreadbetters pointed to a lackluster start for Europe with futures for London’s FTSE down 0.2 percent and those for Frankfurt’s DAX off 0.1 percent.

MSCI’s broadest index of Asia-Pacific shares outside Japan rose a tenth of a percent, climbing back toward the five-month peak scaled on Monday.

U.S. stock futures were also down, with E-Minis for the S&P 500 giving up 0.1 percent. Trading in the contracts had been delayed for several hours following a technical disruption earlier in the session.

“There is a fear in the market that sentiment has got a bit carried away on the positive side, especially given the experiences we had through October and through December, when we had some really sharp downward corrections,” said Nick Twidale, Sydney-based chief operating officer at Rakuten Securities Australia.

“A lot of investors are wary of seeing something along those lines,” he added.

Powell, spelling out the Fed’s approach to an economy that is likely slowing, told U.S. lawmakers on Tuesday it is in “no rush to make a judgment” about further changes to interest rates.

In two hours of testimony to the Senate Banking Committee, Powell elaborated on the “conflicting signals” the Fed has tried to decipher in recent weeks, including disappointing data on retail sales and other aspects of the economy that contrast with steady hiring, wage growth, and ongoing low unemployment.

U.S. homebuilding tumbled to a more than two-year low in December as construction of both single and multi-family housing declined, which overshadowed the rebound in consumer confidence in February after three months of declines.

The contrasting data points left Wall Street underpowered, with the benchmark S&P 500, the Dow Jones Industrial Average and the Nasdaq Composite closing down 0.1 percent each.

“Chairman Powell’s comments were neutral and the economic data released overnight was mixed, insufficient to provide implications for the Fed’s policy and directions to the market,” said Yasuo Sakuma, chief investment officer at Libra Investments in Tokyo.

In the currency market, the dollar was softer after the Fed chief’s testimony, with its index against major peers dipping more than 0.4 percent to its lowest in three weeks overnight. It recovered a little bit of ground in Asian trade, last trading 0.1 percent higher at 96.131.

The British pound vaulted after Prime Minister Theresa May offered lawmakers the chance to vote on delaying Brexit.

Against the Japanese yen, the greenback held steady at 110.53 yen per dollar.

Investors are keeping an eye on the U.S.-North Korean summit, which begins in Hanoi later on Wednesday.

U.S. President Donald Trump and North Korean leader Kim Jong Un were due to meet for their second summit, betting that their personal relationship can break a stalemate over the North’s nuclear weapons and end more than 70 years of hostility.