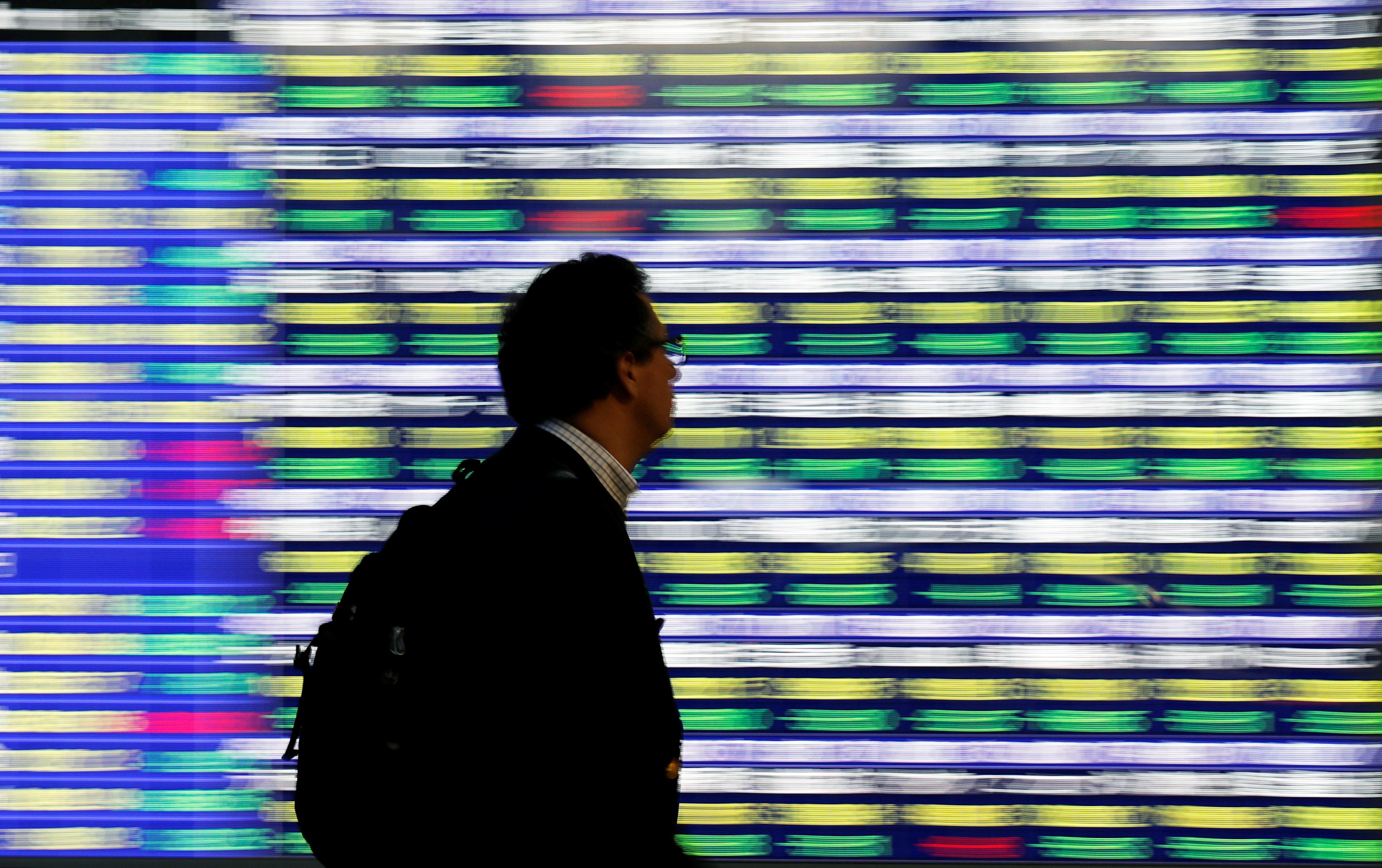 U.S. crude futures dived 7 percent the previous day, suffering their biggest one-day loss in more than three years. The contracts last stood at $55.72 per barrel CLc1 following a descent to $54.75 overnight, their lowest since November 2017.

OPEC warned on Tuesday that a supply glut could emerge in 2019 as the world economy slows and rivals increase production more quickly than expected.

The Nasdaq .IXIC managed to end essentially flat on Tuesday as a rebound in technology stocks kept the index out of negative territory.

Riskier assets have been under intense selling pressure over the past two months as worries about a peak in earnings growth added to international trade tensions and signs of slowing in global investment and growth.

“The markets would have reacted more positively to U.S.-China trade and Brexit-related headlines a few months ago,” said Makoto Noji, chief currency and foreign bond strategist at SMBC Nikko Securities in Tokyo.

“But currently there is more focus on the possibility of both the U.S. and Chinese leaders maintaining their tough stance, with a compromise eluding them, and Brexit bogging down. Market sentiment is clearly cooling down.”

The United Kingdom and European Union agreed on the text for a Brexit divorce deal on Tuesday. Prime Minister Theresa May will present the draft withdrawal agreement to her senior ministers on Wednesday for discussion and then decide on the next steps.

Lifted by the latest hopes for a Brexit deal, the pound extended overnight gains and was last 0.35 percent higher at $1.3016 GBP=D4.

The euro’s gains, however, were tempered by concerns over Italy’s budget proposals. The European Commission rejected Italy’s plan last month and has threatened to impose penalties if it is not revised to conform with EU regulations – something Rome has indicated it is unwilling to do.

The dollar index .DXY, which measures the greenback’s strength against six major currencies, slipped overnight to 97.303.

The index had steadily climbed to a 16-month peak of 97.693 on Monday amid the ongoing U.S.-China trade dispute and the Federal Reserve’s commitment to keep gradually raising interest rates.

Also weighing on the dollar, U.S. Treasury yields slid to more than one-week lows overnight as the sharp drop in oil prices suggested a more subdued inflation outlook. [US/]