(Reuters) – Boeing Co (BA.N) has fired Chief Executive Dennis Muilenburg after repeatedly failing to contain the fallout from a pair of fatal crashes that halted output of its best-selling jetliner and tarnished its reputation with airlines and regulators.

Boeing – beset by one setback after another following the two air disasters – dropped Muilenburg as it became increasingly clear that he was making little headway resolving a crisis that has cost it $9 billion, hurt suppliers and airlines and now threatens to cut the pace of U.S. economic growth.

Chairman David Calhoun, a former General Electric executive, will take over as CEO and president, effective from Jan. 13, Boeing said. Until then, Chief Financial Officer Greg Smith will run the world’s largest planemaker.

“The board of directors decided that a change in leadership was necessary to restore confidence,” a Boeing statement said. A Boeing official said the board had deliberated over the weekend and decided to oust Muilenburg in a phone call on Sunday.

Boeing shares, which have dropped more than 20% over the past nine months, closed up 2.9%.

The 737 MAX has been grounded since March after two crashes in Indonesia and Ethiopia killed 346 people within five months.

Boeing is struggling to mend relations with the U.S. and international regulators it needs to win over to get the jet back in the air.

After keeping assembly lines open and storing 400 planes to be ready for a return to flight, Boeing acknowledged this month it would not be able to reach its target of flying this year and announced it would halt 737 MAX production in January.

Economists estimate that will lower overall U.S. economic growth by half a percentage point.

Muilenburg’s departure followed a week of dramatic setbacks for Boeing, which vies with Europe’s Airbus (AIR.PA) for leadership of the $150 billion jet industry.

They ranged from a decision to halt production of the MAX, to a public slap-down from the Federal Aviation Administration (FAA), a ratings downgrade and a space launch glitch on Friday.

Based on Boeing securities filings, Muilenburg may be eligible for nearly $39 million in severance. Boeing declined to comment on the figure or whether he would accept it.

Boeing said last month Muilenburg had volunteered to give up his 2019 bonus and stock awards. For 2018, his bonus and equity awards amounted to some $20 million, according to filings.

His dismissal received backing from Peter DeFazio, chair of the U.S. House of Representatives’ transportation committee.

“It’s clear Dennis Muilenburg’s ouster was long overdue,” he said. “Under his watch, a long-admired company made a number of devastating decisions that suggest profit took priority over safety.” 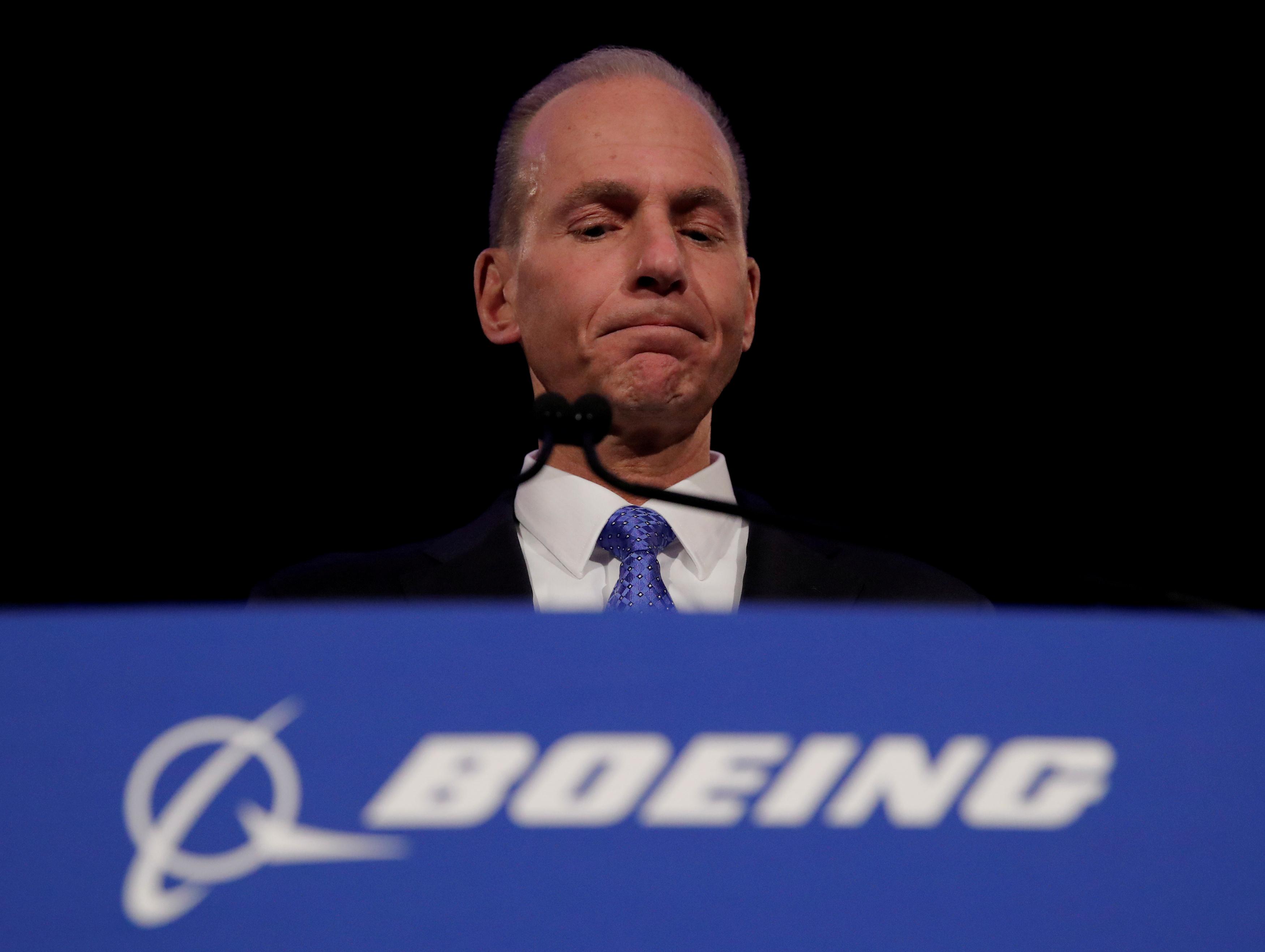 Calhoun, who is resigning from Blackstone to take the top job at Boeing, was respected by the industry, said aerospace analyst Richard Aboulafia of Teal Group.

Boeing – which has taken flak from the Federal Aviation Administration for appearing to pressure the regulator by predicting when the MAX fly – pledged full transparency. It named a veteran new PR boss from the auto industry.

“We don’t think it is controversial to suggest that Boeing’s MAX response has been a failure – and as a result we think it is wholly appropriate for the board to replace Muilenburg,” said Robert Stallard, analyst at Vertical Research Partners.

Muilenburg, an engineer who started at Boeing as an intern in 1985, fought a rising tide of public and regulatory scrutiny to try to steady the company during the crisis. He initiated a broad safety initiative involving heavy investments in training but was unable to shake off a set of awkward public appearances.

Muilenburg acknowledged errors in failing to give pilots more information on a stall-prevention system before the crashes and for taking months to disclose that it had made optional an alarm that alerts pilots to a mismatch of flight data.

“We’ve made mistakes and we got some things wrong. We’re improving and we’re learning,” he told lawmakers in October. 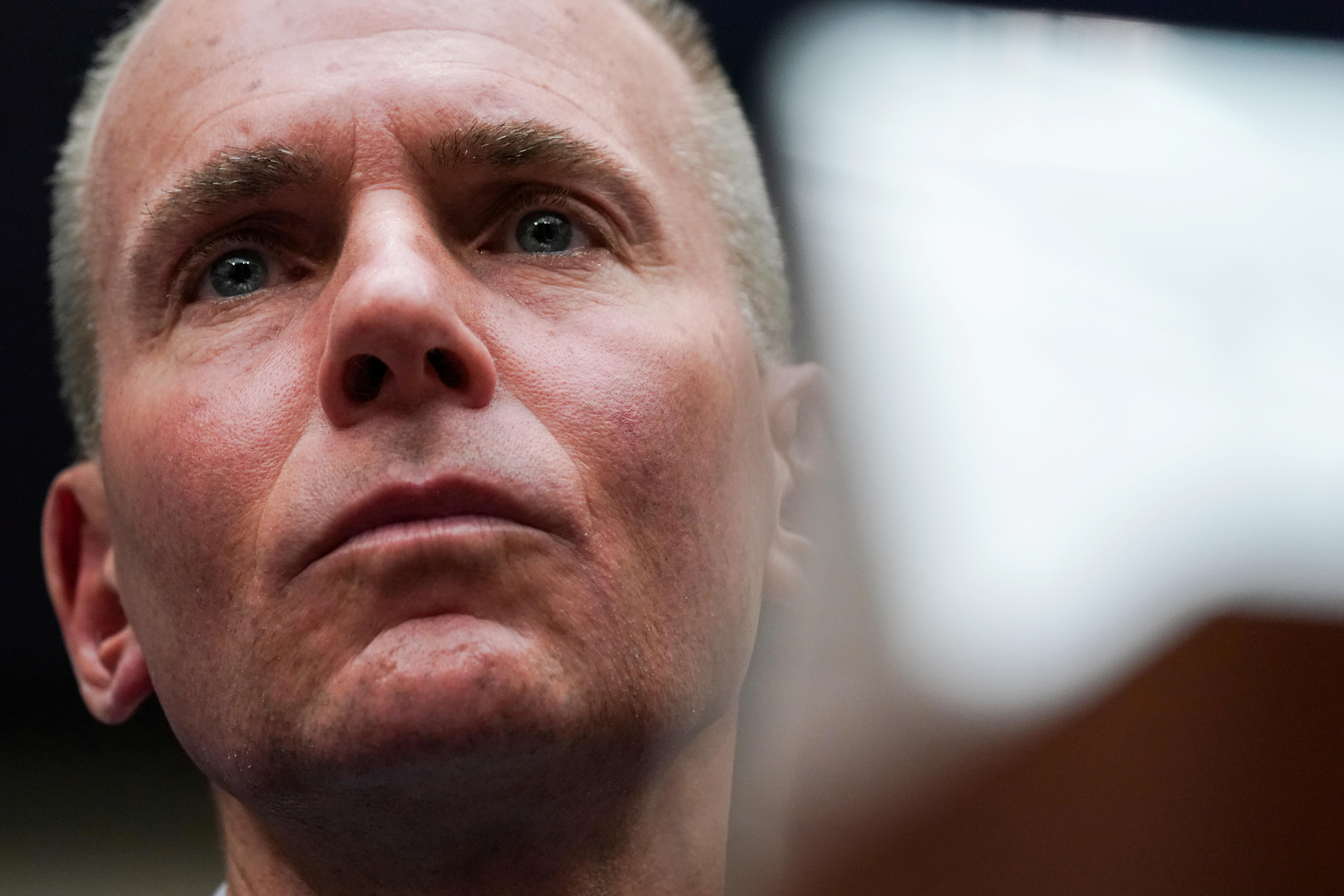 Speculation that he would be fired had been circulating in the industry for months, intensifying in October when the board stripped him of his chairman title – although he had also twice won expressions of confidence from Calhoun.

Muilenburg was credited with halting a drift in the company’s defense division and reshaping Boeing’s management.

But by keeping Muilenburg as long as it did, some experts say Boeing ignored part of the crisis communications playbook.

“You want to bring somebody from the outside to bring fresh perspective to ‘save the day,’” said Paul Argenti, a professor at Dartmouth’s Tuck School of Business. “He should have been gone a long time ago. He is part of the problem.”