Both were already familiar faces at Bottega. For the Salon 01 show, Trockel had created a book of photographs and reflections on clothing, style and coming of age, called “The Importance of Wearing Clothes.”

The book formed part of a haul of imagery and creative inspirations that Lee had sent to press and members of the industry ahead of showing the Salon 01 show film in mid-December. 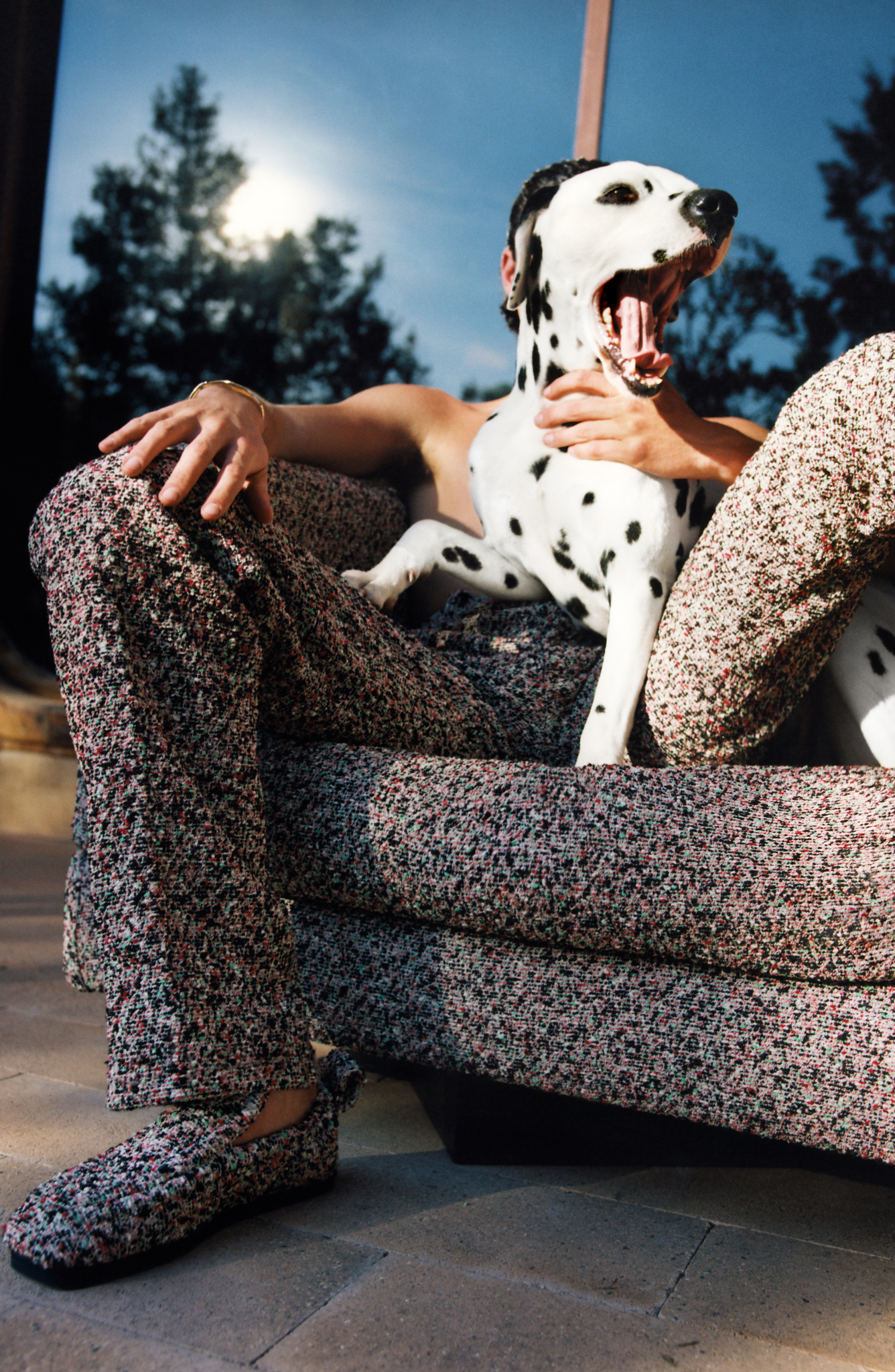 At the time, Trockel had said the photographs in her book were based on “an almost daily flow of objects, both material experiments and finished garments,” that came from Lee and his team.

Atim had been a guest at the live Bottega presentation (on which the film was based) in October, and the brand immediately decided to hire her. She is filming a TV series called “The Underground Railroad,” about men and women trying to escape slavery in the 19th-century American South. 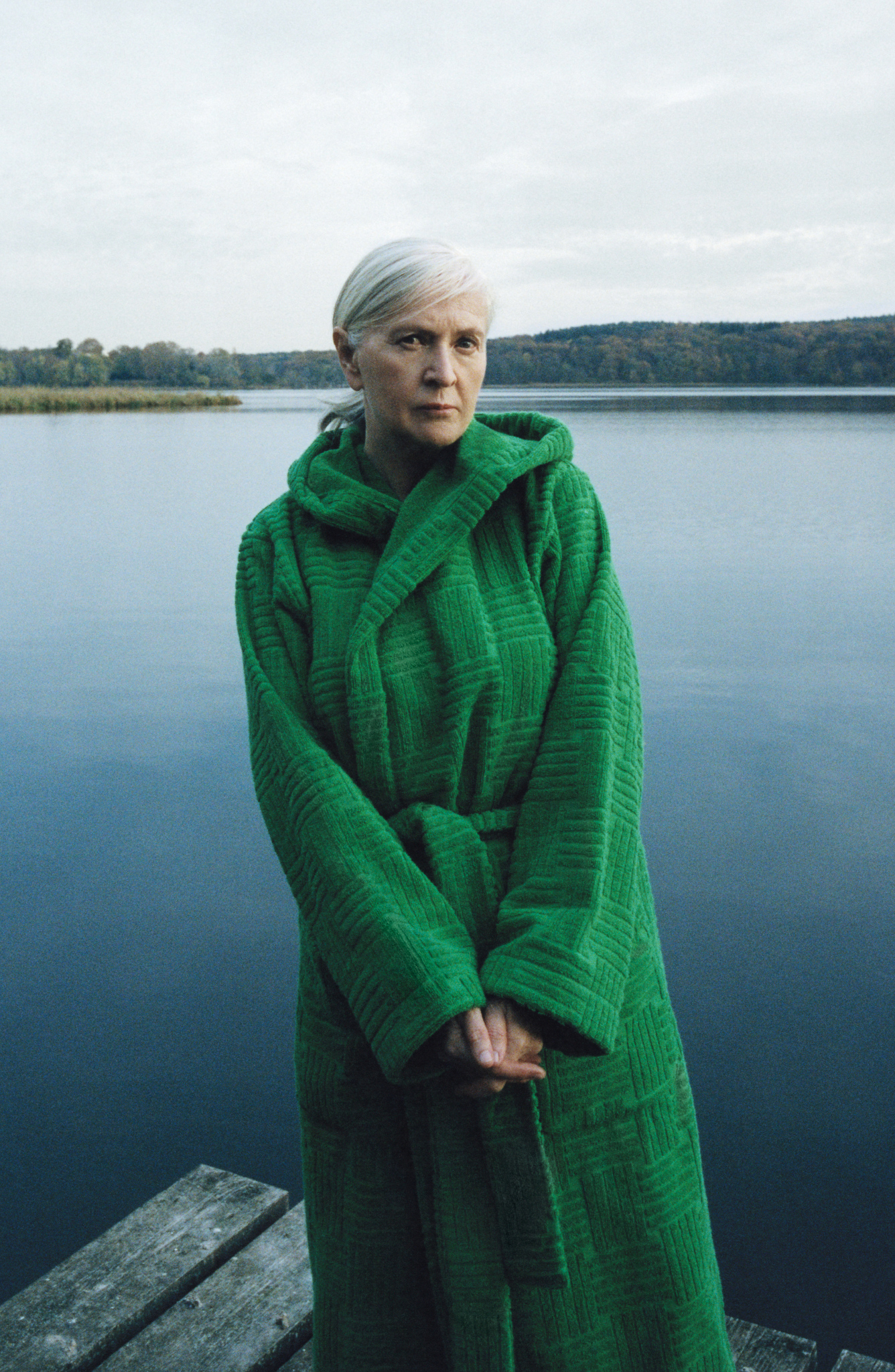 The images were shot by Tyrone Lebon on location in continental Europe, although the brand did not specify where. The backdrop appears to be on one of the Italian lakes north of Milan.

Color and texture spring from the hyper-realistic images, with Trockel standing at the edge of a small wooden dock dressed in an emerald green robe. Atim’s snappy green skirt suit matches the sofa on which she’s lounging, and the plants in the background of the shot.

A male model with a spotty dog in his lap is wearing nubby color-flecked trousers and slippers, and blends right into the sofa, which is covered in the same fabric.

These are the latest original images to emerge from Bottega Veneta since the brand disappeared from Instagram almost a month ago. The site had 2.5 million followers, and it remains unclear why Bottega pulled it down, or whether it will return. The brand is not commenting on the move.