NEW YORK (Reuters) – The hit to U.S. corporate earnings from the coronavirus epidemic is getting harder and messier to predict. 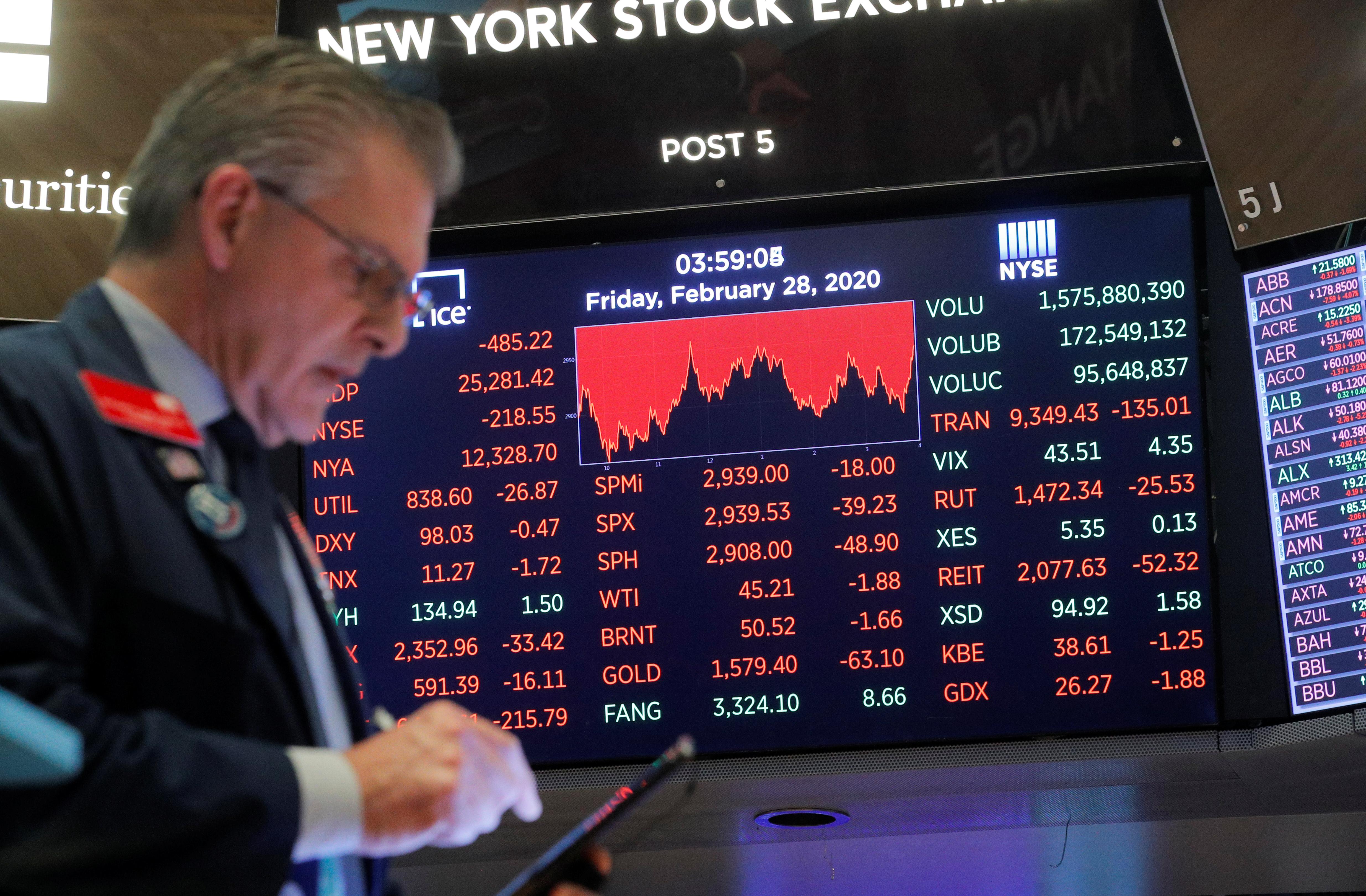 Wall Street strategists have been slashing forecasts as the impact from the virus is set to be felt far further than the first quarter, putting 2020 profit growth in jeopardy. A week previous, many market watchers said they expected the virus to affect earnings in the first quarter but not much beyond that.

Worries about the expected impact escalated last week as the virus, which was first detected in China spread rapidly to countries such as South Korea, Italy and Iran, causing the S&P 500 .SPX to suffer its biggest weekly drop since the 2008 global financial crisis. In the United States, New York’s governor confirmed his state’s first positive case on Sunday.

“This is easily going to spill over into the second quarter,” said Peter Tuz, president of Chase Investment Counsel in Charlottesville, Virginia. “There isn’t a day that goes by now without half a dozen companies expecting some sort of negative effect.”

Citigroup equity strategist Tobias Levkovich is forecasting a slight fall year-over-year in 2020 earnings with the impact occurring in the first half of the year as production disruptions emerge and travel is hammered.

However, if it triggered a global recession, profits could “decline near 25% and equity markets fall similarly as stocks typically track earnings given past patterns when downturns occurred,” Levkovich wrote.

After a lackluster year of profit growth in 2019, many investors had been hoping earnings this year would be strong enough to support further market gains.

To be sure, part of the recent steep sell-off in stocks has been because of the warnings from companies including market heavyweight Apple Inc (AAPL.O).

Wall Street’s consensus earnings forecasts, which are based on estimates from analysts who cover individual companies, have come down as well, but mostly not as much as some of the forecasts from the banks.

Howard Silverblatt, analyst at S&P Dow Jones Indices, noted that first-quarter profit estimates have declined 5.0% since the end of December, and more declines are expected, as approximately 100 companies have warned.

Based on IBES data from Refinitiv, the 2020 consensus profit forecast from analysts is still well above zero. As of Friday, analysts were expecting earnings growth of 7.6% for 2020, down from an estimate of 9.7% at the start of the year, while for the first quarter, analysts expect a 2.7% gain in earnings versus a year ago, down from 6.3% on Jan. 1, according to Refinitiv’s data.

While first-quarter estimates have further to fall as more companies give negative guidance, zero earnings growth for the full year is unlikely, said Nick Raich, chief executive of The Earnings Scout, an independent research firm, anticipating some rebound in corporate results once the spread of the virus slows and demand picks back up.

Many investors noted that the fast-changing outlook for the economy and earnings makes the virus a longer-term issue.

“This is going to be a full-year event,” Tuz said.