Britain’s biggest airlines have told Boris Johnson that the industry is facing a “second lost summer” in a fresh plea for a clear roadmap to reopening international travel.

Sky News has seen a letter from Tim Alderslade, chief executive of Airlines UK, to the prime minister in which he warns of “devastating further consequences for UK aviation businesses, as well as for UK international connectivity and the wider economy reliant upon our air links”.

Mr Alderslade wrote to the PM ahead of this week’s announcement of a new hotel-based quarantine regime for UK-bound travellers – a policy that the aviation sector believes will further undermine its short-term recovery prospects. 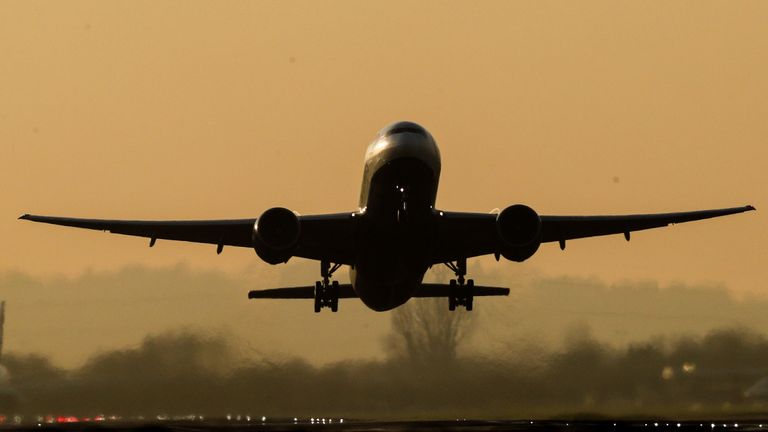 On Wednesday, Grant Shapps, the transport secretary, said it was “too soon” to book summer holidays because of uncertainty about coronavirus deaths, cases and the vaccination programme.

The aviation sector is pinning its hopes on Mr Johnson providing clear guidance to airlines and airports about the possibility of reopening in a speech he is expected to make later this month.

In the letter to Mr Johnson, Airlines UK said a “risk-based restart” for the industry remained a possibility.

The letter said: “Critical to this restart approach is understanding whether the government wants to, or anticipates being able to, reopen international travel for leisure and business travel this year, and by the summer.”

Mr Alderslade added that unlike restaurants or other businesses enduring enforced closure, airlines could not “restart on a dime”.

“Carriers currently have very few aircraft on scheduled flights and will need to activate large numbers by any summer peak, as well as recruit and train cabin crew, a process that takes months,” he said.

He added that in order to operate “a meaningful flight programme” in July, carriers would need to begin planning by the end of this month.