LONDON (Reuters) – British department store chain Debenhams looked set to fall into the hands of its lenders on Tuesday after it rejected a new overnight rescue plan from investor Mike Ashley in the latest twist in an acrimonious battle. 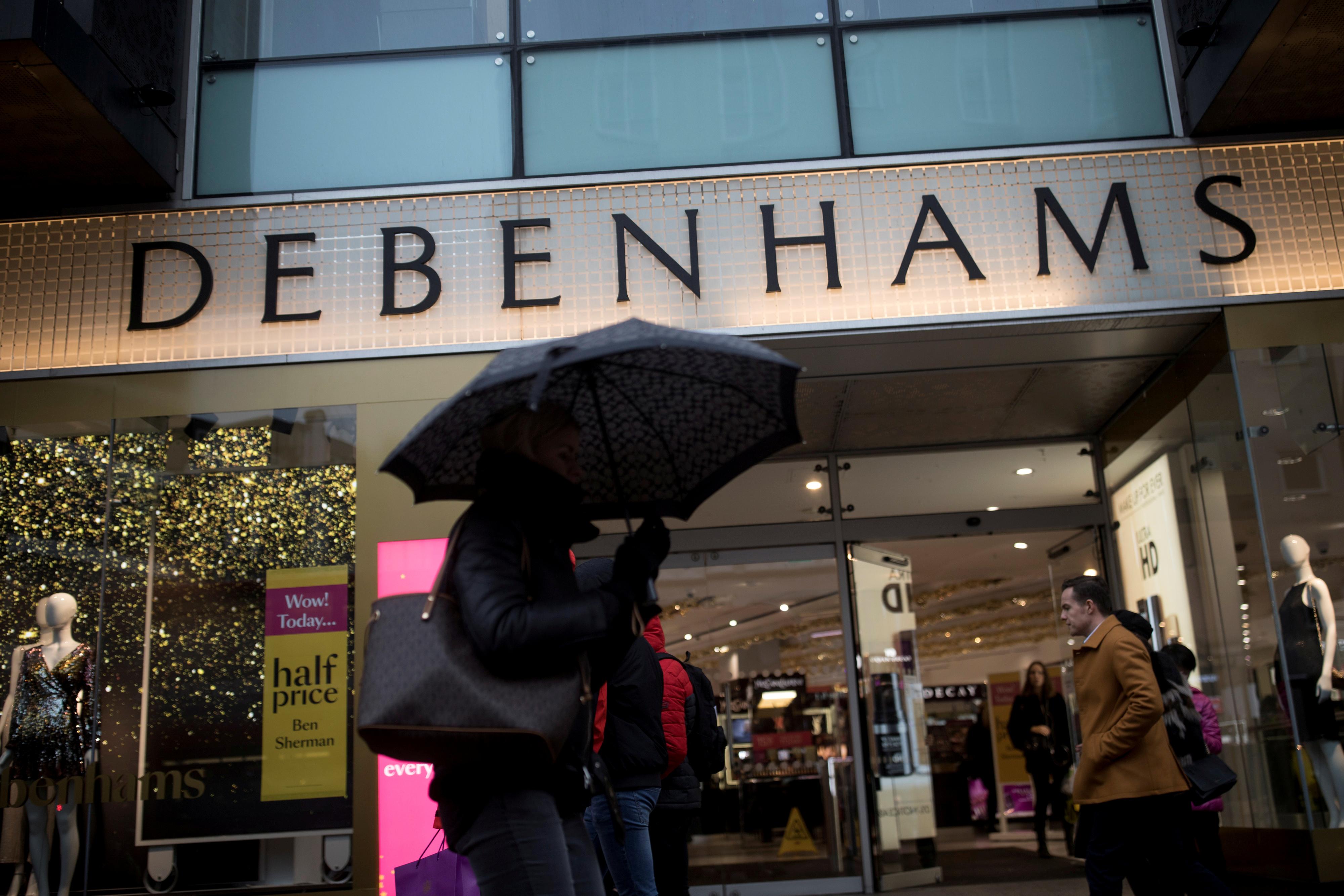 Fighting to defend his 30 percent stake before all shareholders are wiped out, Sports Direct boss Ashley made a midnight offer to underwrite a 200 million pound ($260 million) rights issue in exchange for him becoming CEO.

Debenhams, once Britain’s biggest department store group, rejected the offer first thing on Tuesday. It had rejected a 150 million pound rescue plan from Ashley on Monday.

The company said it was now talking to its lenders about accessing more debt but this would likely only happen if the lenders took full control of the operating assets.

“The company anticipates making a further announcement during the course of the day following further discussions with its lenders,” it said. Its shares were suspended before the stock market opened on Tuesday.

Despite its long history, Debenhams has been battling for survival after a consumer shift online and to cheaper outlets destroyed 90 percent of its share value in the past year.

The company, which had 19 million customers and 2.9 billion pounds in sales last year, has said it needs to refinance its balance sheet and restructure the business to make it more sustainable.

It plans to close about 50 underperforming stores, putting about 4,000 jobs at risk. That would leave around 110 stores in Britain, generally large premises at the heart of the country’s high streets.

Putting the business into a so-called pre-pack administration will enable it to restructure the company more quickly. But the threat against shareholders had prompted Ashley, a high profile and unorthodox executive, to step up his campaign to wrest control of the company.

In recent days he has demanded that Debenhams directors take lie detector tests and accused them of dishonesty. Debenhams has declined to comment or respond.

A person familiar with the situation has told Reuters that there has been a total breakdown of trust with Ashley, and that Debenhams fears that if he became CEO he would renege on his financial promise and put the company into administration himself, allowing him to select only the stores he wants to own.

In recent months he has engineered the removal of the chairman from the company and the CEO from the board. As well as the underwritten rights issue, Sports Direct said it is still considering its options regarding the 61 million pound takeover offer it made at the end of March. It has until April 22 to make a firm offer or walk away.

Were Debenhams to go into administration it would be the latest major retailer to run into trouble in recent years after rival chain House of Fraser, electronics firm Maplin, cycle shop Evans, and Toys R Us all struggled to stay afloat.