PRAGUE (Reuters) – For trips near their village in western Poland, Jacek Balcer and his wife zip around in their electric cars. But when they want to travel further afield they know it’s time to bring out their diesel van or risk being stranded. 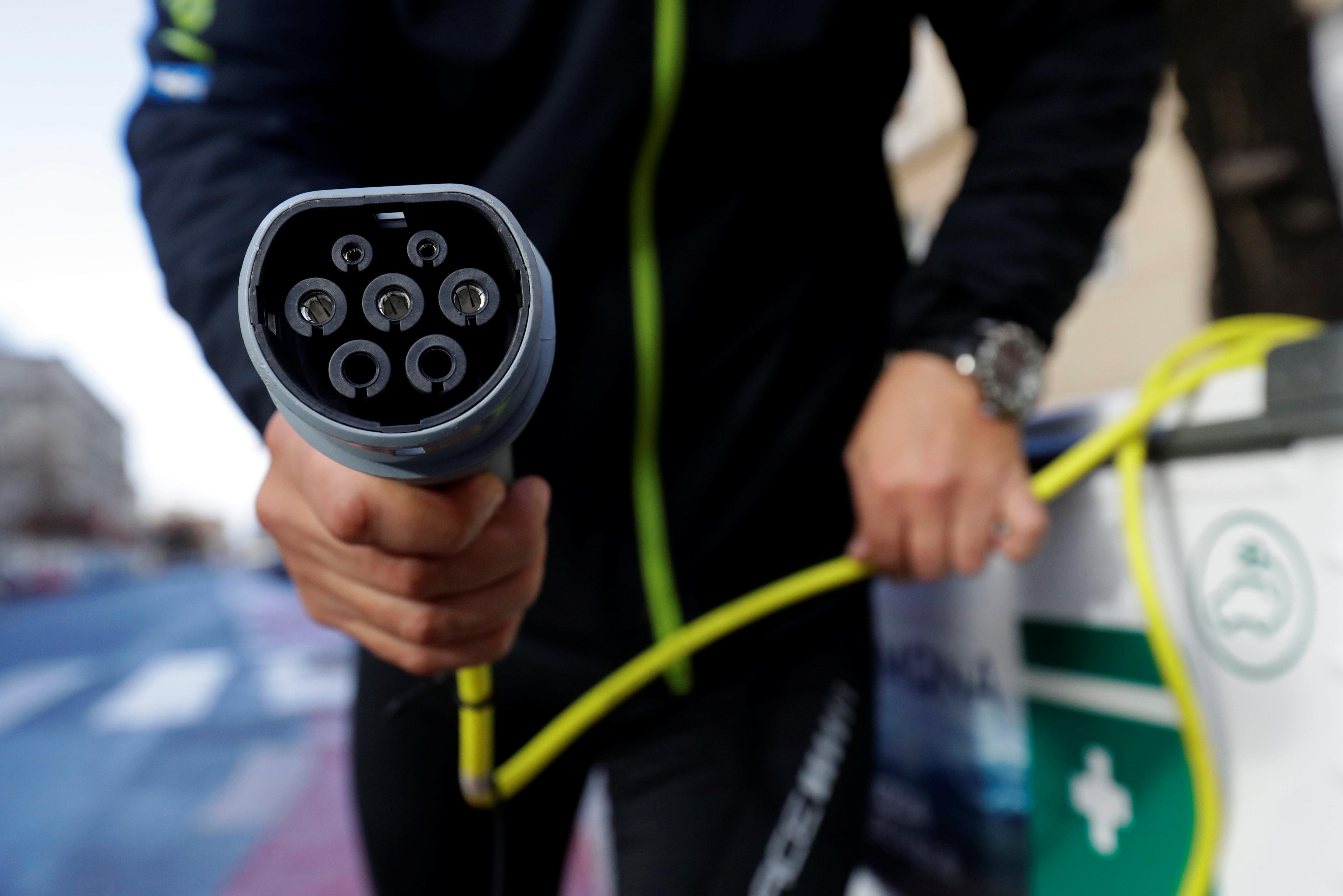 “If you want to go big distances in Poland you often can’t find a charging station,” said Jacek. “It is still impossible.”

It’s a similar story in other central and eastern European countries in the EU but with such a small number of electric vehicles (EVs) on the road, building charging networks hasn’t been a priority for governments.

But that’s all set to change. The number of EVs in the region of 100 million people stretching from Poland in the north to Bulgaria in the south is expected to surge when tighter European Union emissions rules come into force in 2020.

The biggest network of fast-charging stations in the region is run by privately-held GreenWay greenwaypolska.pl/en with 112 in Poland and Slovakia. But with the EU now aiming for a 35 percent cut in car emissions by 2030, some of the region’s biggest energy companies are muscling into the market.

CEZ (CEZP.PR) in the Czech Republic and MOL MOLB.BU in Hungary say they are planning to expand networks of fast-charging stations across the region.

“This is where the electricity and energy business is moving,” said Tomas Chmelik, head of clean technologies at CEZ, central Europe’s largest listed company. “If we do not invest, somebody else will and it’s a logical extension out of the traditional business into a new business.”

CEZ plans to spend about 1 billion Czech crowns ($44 million) over the next 10 years to achieve this – with about half coming from subsidies to build a network of 50 kilowatts (kW) fast chargers able to handle CHAdeMO www.chademo.com and CCS standards.

While weather and battery capacity are factors, fast chargers of up to 50 kW can typically provide power for a range of 150 km in 30 minutes while ultra-fast charging stations of up to 150 kW can do the job in 10 minutes, according to GreenWay.

CEZ will focus on its home market before expanding in countries where it already operates, including Poland, Slovakia, Bulgaria, Romania and Hungary. It could also look for acquisitions to grow faster, Chmelik said.

“We will logically look at countries where we are already active,” he said. “Utilities are looking to build networks over the long run and I expect the market to get consolidated in the next five years.

Power utilities, tech start-ups and oil companies are all fighting to establish themselves as dominant players in the business. Swiss bank UBS estimates $360 billion will need to be spent over the next eight years to build a global charging infrastructure to keep pace with electric car sales.

Yet as companies bet on electric cars, there’s a risk governments in central and eastern Europe will move slowly to jump-start a market that lags many western European countries.

In Poland – a nation of 40 million and eastern Europe’s biggest economy – there are just 2,981 plug-in vehicles, according to EV-volumes.com www.ev-volumes.com, a Swedish company that compiles data on the EV industry. 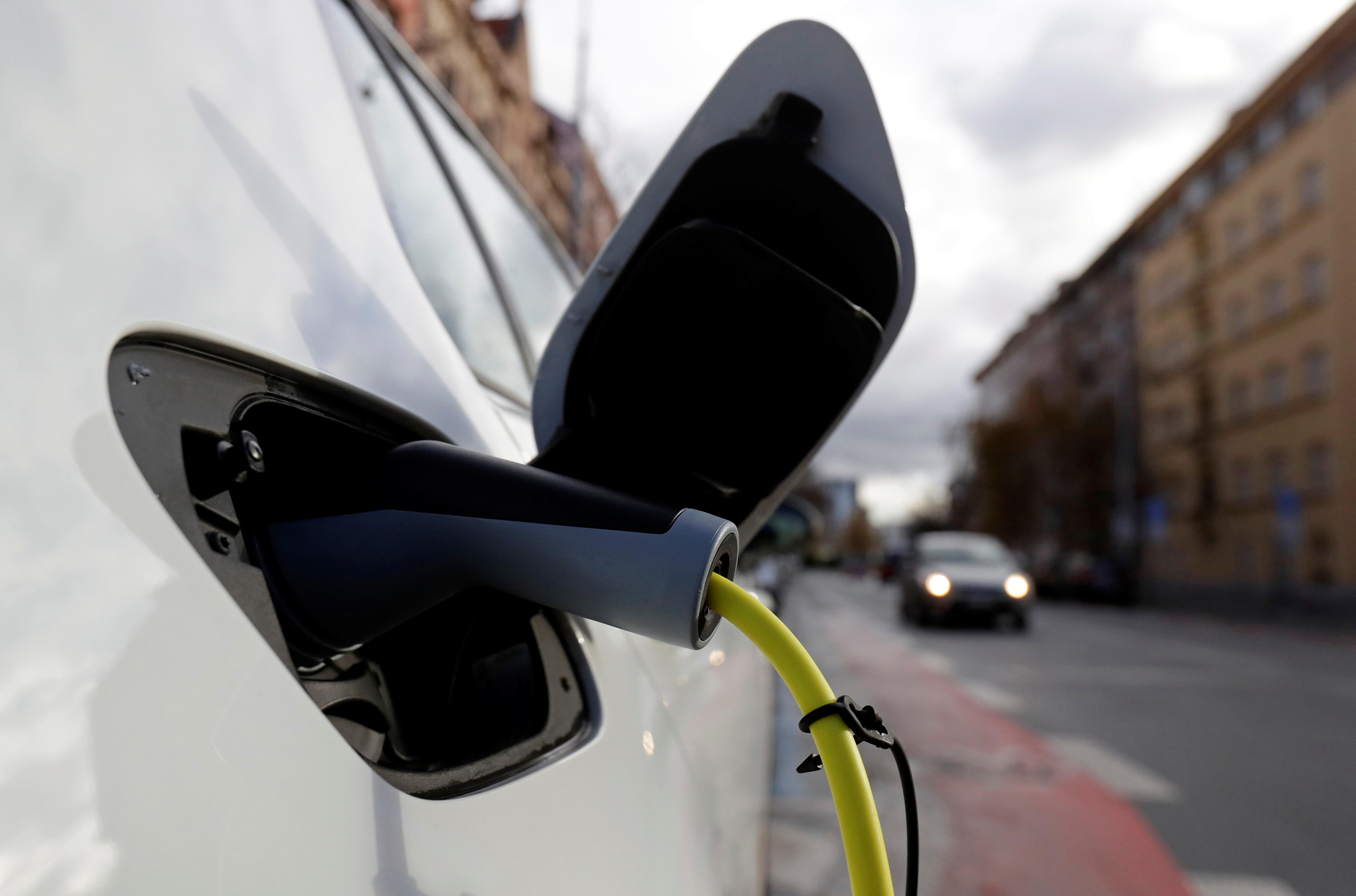 Yet Poland has targeted electro-mobility as an important part of its economic strategy and set a target of 1 million electric cars by 2025.

“The prize is becoming the first mover,” said Ivan Kondratenko, an analyst covering electric mobility at Frost & Sullivan ww2.frost.com in Warsaw. “Eventually there will be an uptake of electric cars in CEE so they want to have the infrastructure ready to accommodate these customers.”

“If they invest now in the future there will be less problems with potential revenues, or losing out on additional revenues.”

Hungarian oil and gas company MOL has begun shifting its strategy to prepare for less demand for fossil fuels over the next decade, said Peter Ratatics, who leads the company’s consumer services business.

MOL plans to invest up to 30 million euros ($34 million) by the end of 2020 to build a network of up to 700 charging stations in Hungary, Romania, Croatia, Slovenia, Slovakia and the Czech Republic, he said.

The investment could generate roughly 10 percent to 15 percent of the company’s traditional retail business in the next 10 years and up to 50 percent by 2040, Ratatics said. In 2018 its retail division is expected to generate $420 million.

“We came to the conclusion that because of changing regulation and customer behavior the fossil fuel market will change over the next decade,” he said. “This will have a significant impact on MOL’s traditional oil and gas business.”

“We are now trying not just to start building up the electric charging stations but also the knowledge of how the e-mobility business is taking shape.”

Smaller players such as Greenway are also looking to use EU subsidies to continue to expand and win market share.

With CEZ and MOL starting in their home markets and Polish companies such as Orlen just gearing up, Greenway plans to have 630 charging stations in place in Poland by 2020 with another 230 in Slovakia and elsewhere in the region.

The company, which is already building its first ultra-fast charging stations, will target the Czech Republic and Balkans next, said founder Peter Badik.

GreenWay began installing road-side chargers in 2015 and its Slovak entity is a member of a consortium working on a regional project led by Austria’s Verbund (VERB.VI).

“At the moment the pie is big enough for everyone,” Badik said. “It’s a market which lacks many strong competitors and there is a lot of possibility to grow in a very big market as the region catches up with western Europe.”