LONDON (Reuters) – New economic forecasts from the European Commission and services PMIs will help clarify the outlook for the euro zone economy after third-quarter growth disappointed, while mid-term elections and a Federal Reserve meeting top the U.S. agenda. 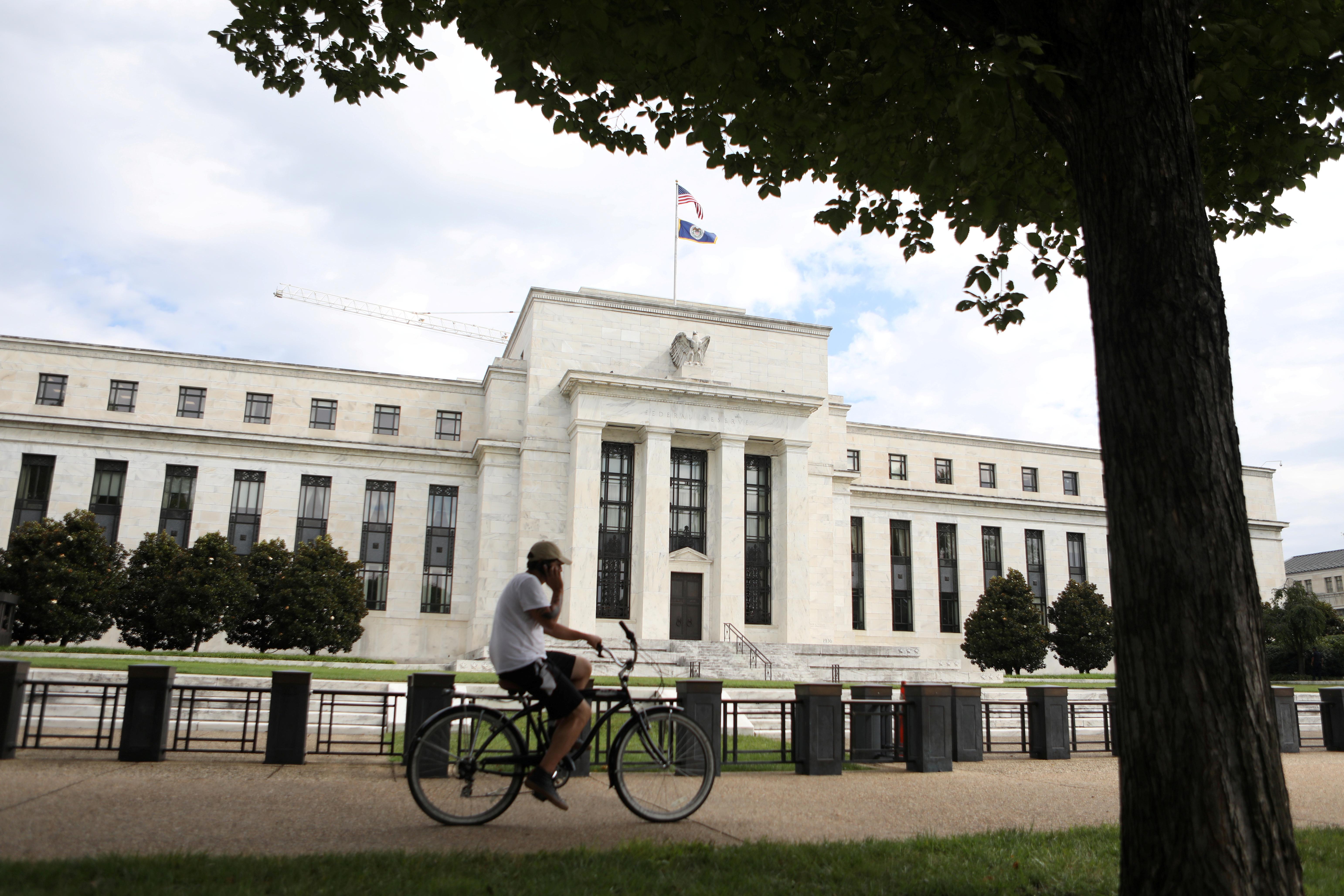 The European Union’s executive will publish its quarterly economic forecasts on Thursday for the 28 EU member countries – including Britain, which is due to leave the bloc in March – and for the euro zone as a whole.

Its projections come after Oct. 30 data showed the euro zone economy grew only half as much expected in the third quarter. The preliminary flash estimate of 0.2 percent was also half the 0.4 percent seen in Q2 and was the slowest pace of growth in more than four years.

The Commission’s economic sentiment index for the euro zone meanwhile dropped in October for the 10th consecutive month, and a weak flash Purchasing Managers’ Index (PMI) survey suggested there will be little pick up in the final three months of 2018.

“If you look at the state of the euro zone economy, it is slowing. Last year growth was above trend and now there are lots of concerns about trade,” said Brian Giuliano, vice president of portfolio management for fixed income at Brandywine Global in Philadelphia.

The Commission predicted then that Italy, whose government is now engaged in a war of words with Brussels over a 2019 budget draft that breaks EU rules, would record the lowest growth rate in Europe, matched only by Britain.

With Brexit less than six months away, Britain will release its own third-quarter growth estimate on Friday, with a 0.4 percent expansion the consensus in a Reuters poll.

Services PMIs for Britain and other major economies early in the week will give further clues to the growth outlook. Similar surveys in recent days have revealed slowing factory activity around the world.

In the United States, the main event is Nov. 6’s mid-term elections, in which polls suggest the Democratic Party will win control of the House of Representatives after two years of wielding no practical political power in Washington.

President Donald Trump’s Republicans are likely to keep the Senate, but a hung Congress could hamper his ability to push through his tax and spending plans.

“The loss of Congressional control would make life increasingly difficult for President Trump and have major implications for policy,” ING economists said in a note.

If a deadlocked Congress makes it impossible for him to pass legislation, “Trump will likely focus on areas where executive powers give him more leeway to set the agenda, such as trade policy”, they added. “With China ramping up its fiscal stimulus, this hints that both sides will be ‘digging in’, with little prospect of any meaningful easing of tensions.”

The outcome of the trade dispute with China is the main uncertainty hanging over the U.S. economy. The two countries have imposed tariffs on hundreds of billions of dollars of each other’s goods and Trump has threatened to put tariffs on the remainder of China’s $500 billion-plus exports to the United States if their disagreements cannot be resolved.

“Here the outcome of the U.S. midterm elections two days ahead of the Fed announcement may also be scrutinized for implications for trade talks and any consequences of the outcome of the vote for the U.S. fiscal backdrop,” Investec economist Victoria Clarke wrote in a research note.

“From a markets perspective, the Fed will also be eyeing the wave of volatility that has set in and what this means, if anything, for Fed tightening plans going forward.”

After speaking by telephone on Thursday, Trump and Chinese President Xi Jinping expressed optimism about resolving the dispute ahead of a meeting at the end of November in Argentina.

Federal Reserve policymakers hold their penultimate meeting of 2018, with no changes to policy or economic forecasts expected when their decision is announced on Thursday.

They are expected to indicate that U.S. interest rates will rise by another 25 basis points in December, the Fed’s fourth increase this year, despite Trump’s complaints that rate hikes have already gone too far.