LONDON/SYDNEY (Reuters) – Shares crept back toward recent peaks on Monday as Chinese markets swung higher, while investors waited to see if the recent sell-off in longer-dated U.S. Treasuries would be extended and perhaps take some pressure off the dollar. 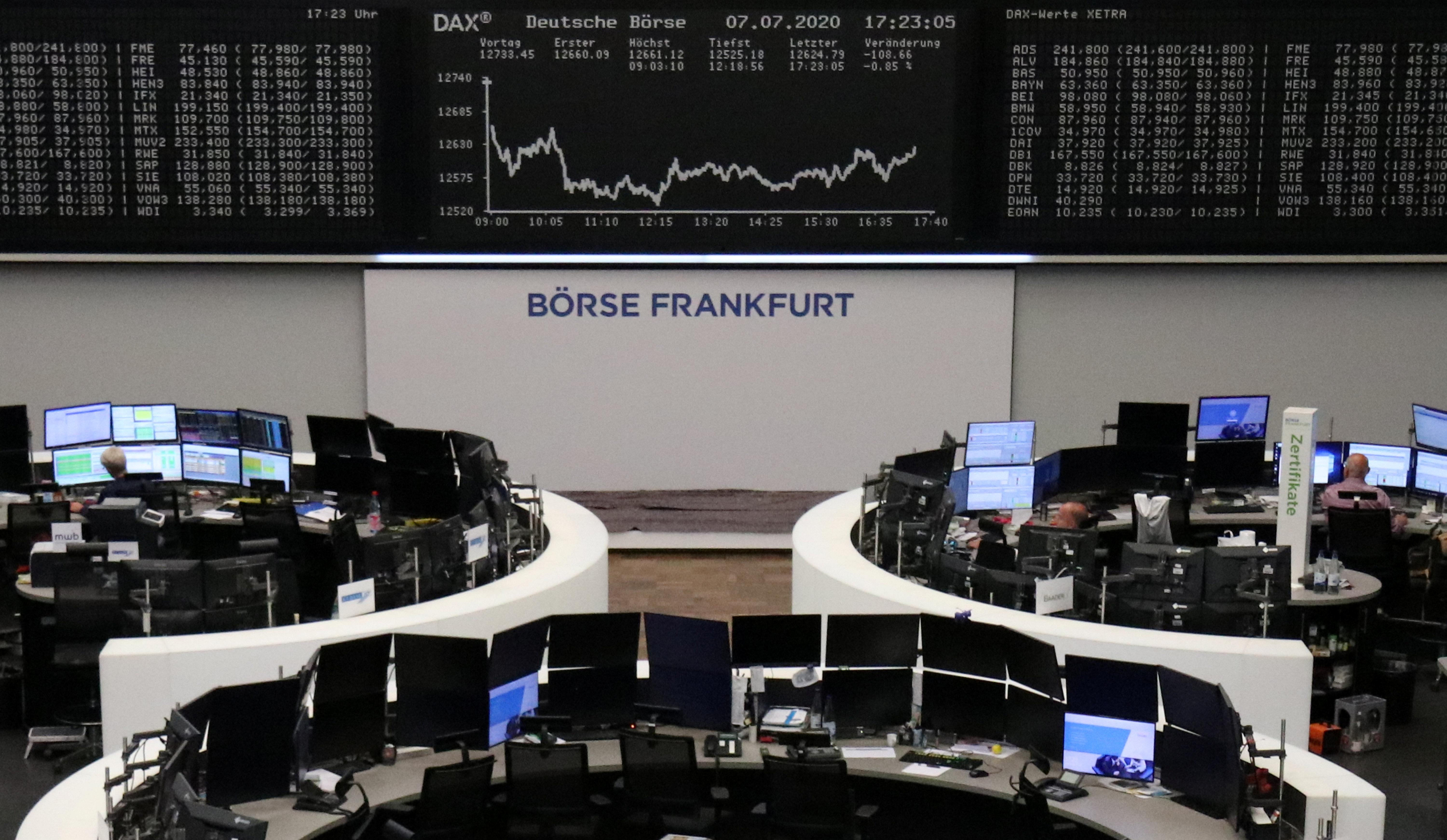 Europe was warming up to the new week slowly but was steady enough to keep MSCI’s broadest index of world shares .MIAPJ0000PUS inching closer to February’s record top of 581.02.

But Tokyo’s Nikkei .N225 fell 0.6% as Japan became the latest country to confirm its biggest economic contraction on record.

A retightening of COVID-19 measures in Italy was contributing to Europe’s groggy start, although Wall Street S&P 500 futures remained a solid 0.3% higher ESc1 and just below the record close of 3,386.15.

Rabobank strategist Bas Van Geffen said the past few months had seen optimism build about a strong economic bounce-back, but steps like COVID measures being reimposed were an indication of the challenges.

Sino-U.S. relations remain a sticking point with U.S. President Donald Trump on Saturday saying he could exert pressure on more Chinese companies such as technology giant Alibaba (BABA.N) after he moved to ban TikTok.

U.S. crude oil shipments to China will rise sharply in coming weeks, as the world’s two top economies gear up to review their January deal after a prolonged trade war.

News that the scheduled review of the U.S.-China Phase-One trade deal over the weekend had been postponed indefinitely didn’t elicit much of a reaction.

The highlight of the economic calendar will be the release of the minutes from the U.S. Federal Reserve’s last policy meeting.

“Market participants will be looking for insight into the details and exact timing of when the Fed’s Monetary Policy Review will be completed, and also for more clarity with respect to the potential timing and structure of any changes to forward guidance,” noted analysts at NatWest Markets.

Speculation is rife the Fed will adapt an average inflation target, which would seek to push inflation above 2% for some time to make up for the years it has run below it.

The lift in yields gave the dollar some respite after weeks of losses. Against a basket of currencies the dollar was a fraction lower at 93.016 =USD, still uncomfortably close to the recent trough of 92.521.

The euro EUR= flattened out a little late last week, having met resistance around the two-year peak of $1.1915. Yet it still ended the week with a gain of 0.5% and was last holding at $1.1830 as European yields drifted lower again.

The single currency has also made a notable break higher on the yen EURJPY= to reach ground not trodden since April 2019. Indeed, the yen fell against most of its peers last week, with the dollar steady at 106.45 yen JPY= on Monday.

In commodity markets, gold firmed to $1,943 an ounce XAU=, after the jump in bond yields saw it lose 4.5% last week in its worst performance since March.

Oil prices edged ahead on hopes for Chinese demand and after data showed crude oil, gasoline, and distillate inventories all declined in the week-ending Aug. 7.