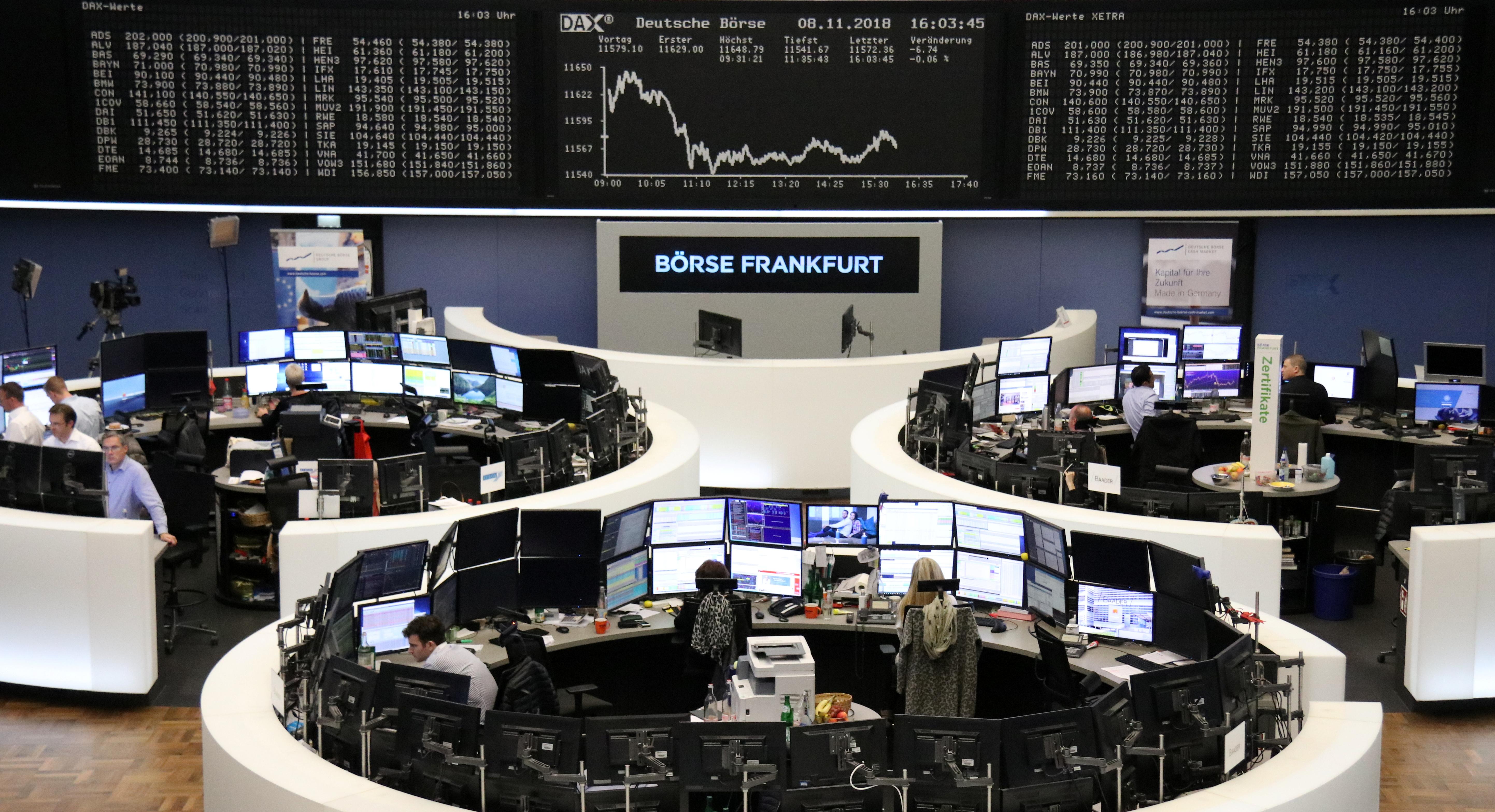 Chinese markets had extended their slump in Asia amid the trade war with the United States, and with Wall Street closed later for Thanksgiving and trading therefore lighter than normal, Europe followed suit.

The region had plenty of concerns of its own. Italy was back under pressure in both stock [.EU] and bond markets [GVD/EUR] as sparring resumed over its budget plans, while a batch of disappointing company earnings added to the gloom.

The dollar also edged lower for a second day as traders sold the greenback going into Thanksgiving and after Wall Street had seen Apple shares, which have slumped $280 billion in recent weeks, fail with an attempted rebound. [.N][/FRX]

“I think that the recent moves in equities have largely been about big tech catching up with the rest of the market,” said Eoin Murray, the head of investment at Hermes Investment Management.

“Post the (global market) wobbles at the end of January, it has really only been big tech that has run off into the stratosphere … So this is simply big tech coming back down to earth.”

Europe’s tech duly sector lost another 1 percent, but it wasn’t the worst performer. Banks fell as much as 1.6 percent weaker and mining companies and other resources firms dropped nearly 2 percent before clawing some ground back. [.EU]

The falls also reflected the bitter Sino-U.S. trade war, encouraging investors to take money off the table before U.S. President Donald Trump and his Chinese counterpart, Xi Jinping, meet in Argentina next week.

The focus is on whether they can make any progress on their trade feud. Singapore, considered as a bellwether for international trade, became the latest to warn about the potential impact of the tensions on Thursday.

“Risks in the global economy are tilted to the downside,” said Loh Khum Yean, the city state’s permanent secretary for trade and industry.

RUSH FOR THE BREXIT

With no U.S. trading to look forward later, traders contented themselves by watching Europe’s Brexit drama continue to unfold.

Sterling jumped back up to $1.29 and 88.50 pence per euro after London and Brussels agreed on a text setting out their post-split ties that EU leaders are expected to endorse at a summit on Sunday.

Just over four months before Britain’s departure from the EU, Brexit negotiations and political uncertainty in Britain remain the key drivers for the pound, and many analysts are cautious about its prospects.

“With the UK and EU rushing to dot i’s and cross t’s on a Brexit deal, there’s some support for sterling at the moment and some upward pressure on the front end of the rates market,” said Societe Generale strategist Kit Juckes.

“Though it won’t take long before we refocus on the challenge facing the Prime Minister in getting House of Commons support for her Brexit deal,” he added.

The Brexit text had also seen the euro rise against the dollar which meant the single currency barely budged when ECB meeting minutes showed its policymakers were keen to affirm their plans to cut stimulus at the end of the year.

South Africa’s central bank triggered far more action though, as a tight decision to hike interest rate in what had already been a hard to call meeting sent its currency, the rand, up more than 1 percent.

Back in emerging economy share markets, MSCI’s broadest index of Asia-Pacific shares outside Japan had ended little changed after recovering from an initial wobble.

The index has managed to hold up so far in November after three straight monthly declines, but is on track for its worst annual performance since 2011.

“Investors are still wary about whether they’ll see further lows, given none of the issues that drove the recent correction have dissipated,” said Shane Oliver, Sydney-based head of investment strategy at AMP.

In commodities, China-sensitive metals like copper fell [MET/L] and oil prices reversed, although they were still above one-year lows touched earlier this week. [O/R]