(Reuters) – The U.S. Federal Reserve’s interest rate increase in December likely tipped monetary policy into a restrictive setting that may be pushing the economy farther from one of the Fed’s key goals, James Bullard, president of the St. Louis Federal Reserve Bank, said on Thursday. 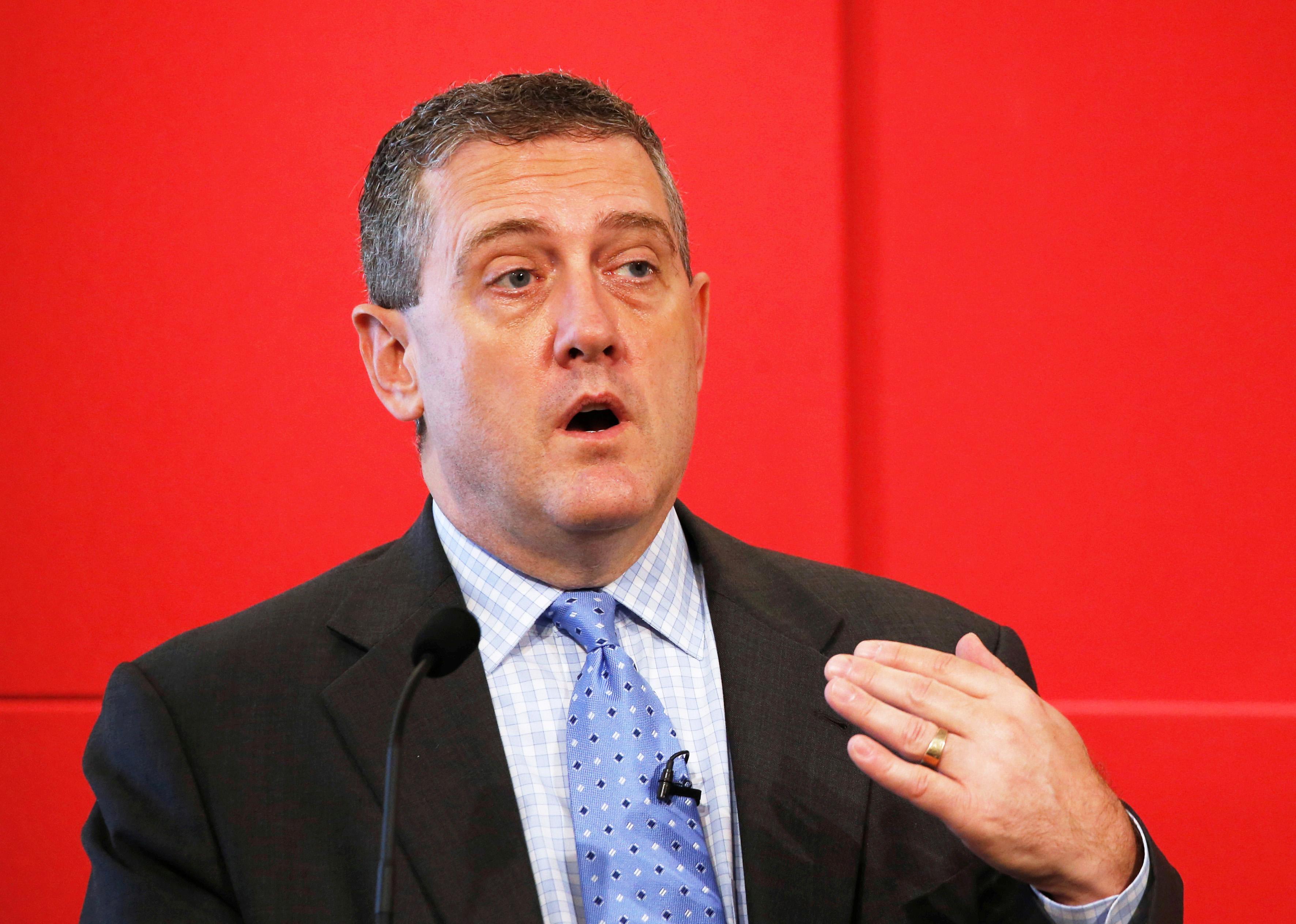 Bullard, in remarks to reporters after an appearance at St. Cloud State University in Minnesota, said that on an inflation-adjusted basis he now views the current federal funds rate as “a little bit restrictive.”

“We are putting downward pressure rather than upward pressure on inflation” that may be drifting further below the Fed’s 2 percent target, Bullard said.

Bullard said he expects the Fed to miss that inflation target again in 2019, a now-perennial problem that he feels has nicked the central bank’s credibility.

The proper path of interest rates and the correct assessment of policy has been a topic of intense debate in recent months as the Fed aimed to raise rates to a “neutral” level after a decade of low rates meant to boost the economy.

Following a December rate increase that was a matter of particular controversy, Bullard is the first Fed official to suggest the central bank had in fact overstepped, and may now be actually curbing growth — and the rate of price increases — even though it does not intend to.

Referring to the steady run of inflation misses, Bullard said, “I do think it has damaged us to have continually missed on the low side.”

Bullard, who is a voter on interest rate policy this year, in his speech at St. Cloud State, said the Fed needed to “tread carefully” this year in its decisions.

The Fed raised rates four times last year, but now appears to be on hold at the current range of between 2.25 and 2.5 percent.

Compared to the 2 percent target, the Fed’s preferred measure of inflation has averaged about 1.6 percent since 2012, roughly what some inflation-protected securities indicate is the expected level in the years ahead.

Through much of last year Fed officials felt the years of “accommodative” policy had finally given some traction to inflation and raised it close to target. Meeting or exceeding the targeted inflation level is a core goal of policymakers, who regard a low but steady rise in prices as a sign of economic health, important to keep wages and investment on track.