MIAMI (Reuters) – Ford Motor Co (F.N), Walmart Inc (WMT.N) and delivery service Postmates Inc will collaborate to design a service for delivering groceries and other goods to Walmart customers that could someday use autonomous vehicles, the companies said on Wednesday. 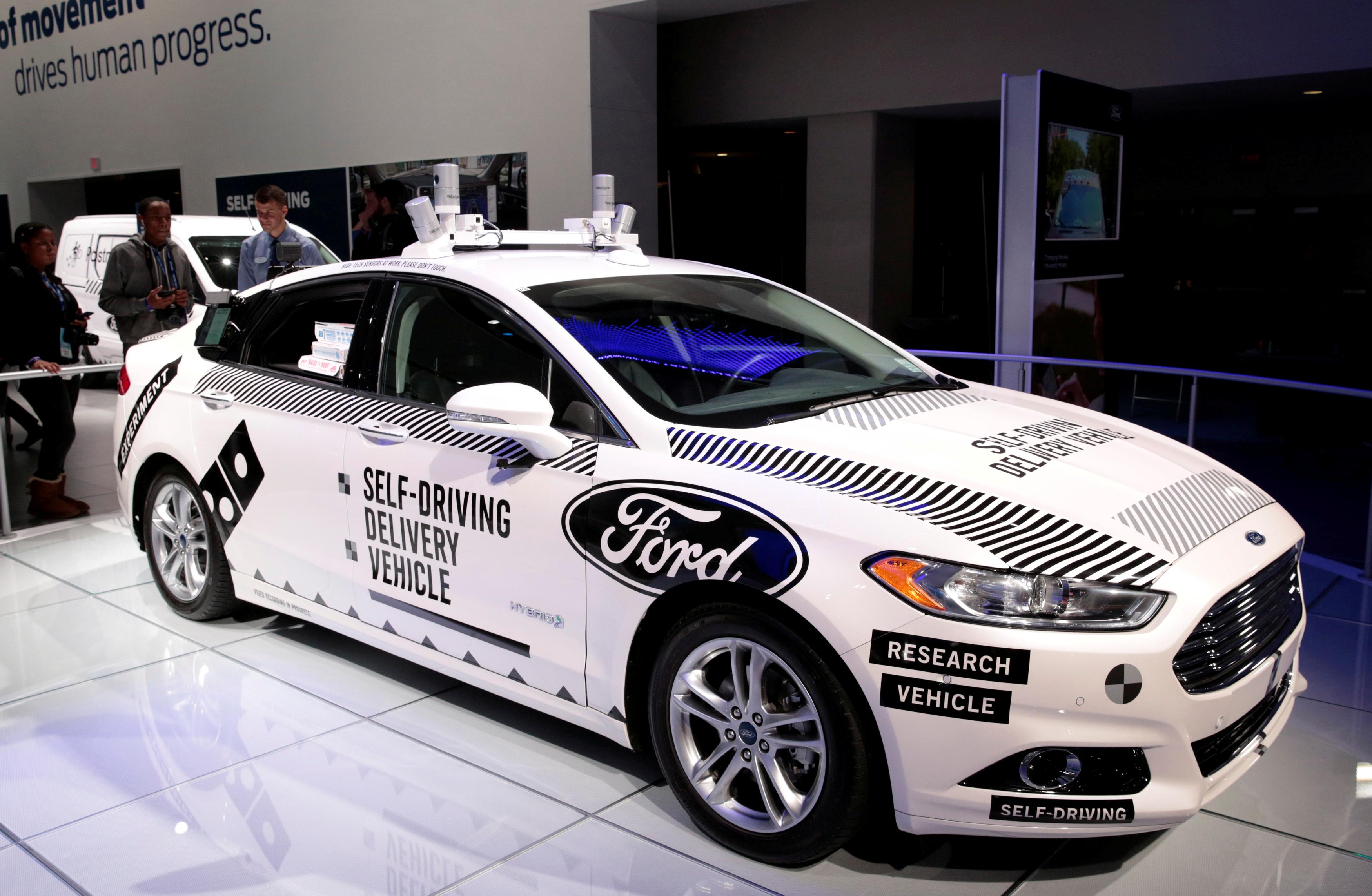 The project is the latest to grow out of Ford’s broader effort to develop businesses that could use automated delivery vehicles. Ford was working with San Francisco-based Postmates already to develop delivery services that could employ automated vehicles.

The Walmart pilot, which will take place in the Miami area, initially will use human-driven vehicles operated to simulate how a self-driving vehicle would behave, Ford said. Ford has said it expects to launch commercial production of automated vehicles by 2021.

Ford and its partners are using Miami as a testing ground for automated delivery service ideas and automated vehicle technology.

The new pilot project will offer customers delivery by Postmates of goods ordered at Walmart stores. Brian Wolf, an executive of Ford’s autonomous vehicle unit, wrote in a blog post that the companies will work over the next “couple of months” to figure out what goods can be delivered successfully, especially perishable groceries.

“Before self-driving cars can go mainstream, we must get a better sense of how people want to interact with them,” Tom Ward, Walmart senior vice president for digital operations, said in a statement on Thursday.

That could require new designs or equipment for vehicles, Wolf wrote. Among the challenges Ford has said it is working on is designing on-board storage systems that are easy for customers to open to retrieve a pizza or a package.

Postmates, according to its website, operates in 385 U.S. cities, as well as Mexico. It offers delivery from brick-and-mortar restaurants and stores.

Walmart is competing with online retailer Amazon.com (AMZN.O) and other rivals to cut the cost of delivering goods over what industry executives call “the last mile” to customers who order online.

Replacing human delivery van drivers with robotic systems could reduce last-mile delivery costs. But the technology is still expensive, and the industry is still waiting for regulations that could help protect automated vehicle owners or manufacturers from liability claims.

Ford has emphasized commercial uses of autonomous vehicle technology, such as goods delivery, in contrast to rival General Motors Co (GM.N), which is working to build a robot taxi service at its GM Cruise unit.

Ford is in discussions with German automaker Volkswagen AG (VOWG_p.DE) about a possible investment in its self-driving vehicle unit, people familiar with the situation said. No deal has been announced.

In July, Ford said it would create a new business unit, Ford Autonomous Vehicles LLC, to house its self-driving vehicle operations. The automaker said it would invest a total of $4 billion in the unit through 2023.

The Metropolitan Police commissioner has defied calls to quit after allegations the force was “institutionally corrupt”. Dame Cressida Dick said she has “no intention of…

GENEVA (BLOOMBERG) – The US and Russia will return their ambassadors to their posts and have agreed to hold talks on arms control, cyber-security and…

Jennifer Aniston proved that she’ll always be there for you Courteney Cox. (Sorry, had to.) Yesterday, Aniston posted a special birthday tribute on her Instagram…

The Daily Star’s FREE newsletter is spectacular! Sign up today for the best stories straight to your inbox Uri Geller plans to use his powers…

UK weather: Parts of Britain to be hit by thunderstorms When you subscribe we will use the information you provide to send you these newsletters.…