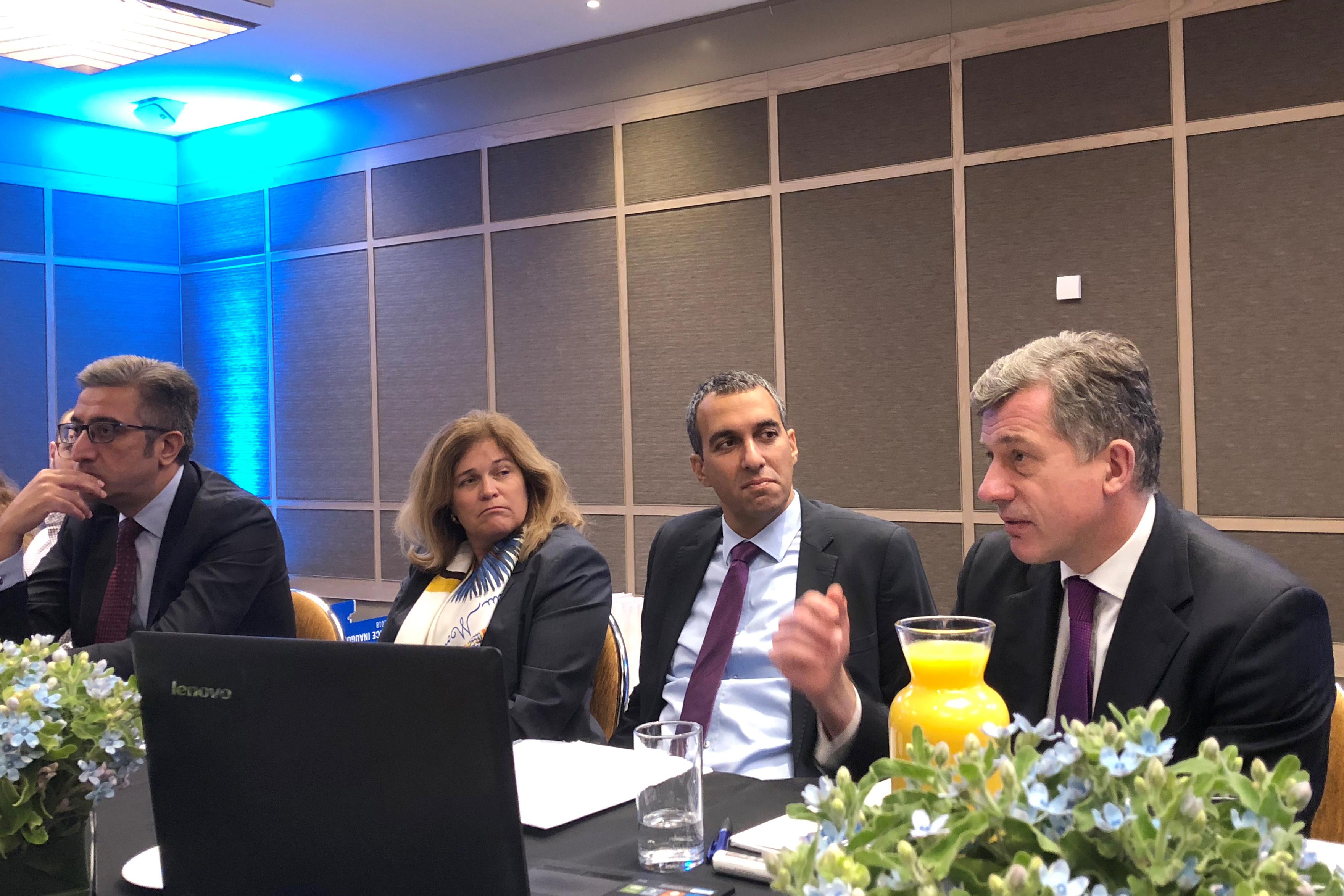 Previously, such investments had to be distributed in Israel through a local manager or bank, which increased fees and made them more expensive for Israeli investors.

“Over the years, we have been witnessing Israeli investors’ increasing preference for foreign investments,” Jenny Johnson, president and chief operating officer of Franklin Templeton, said at the opening of the group’s new office in Tel Aviv.

Although assets under management of domestic funds investing in foreign securities have more than doubled in the past three years to $7.7 billion, a lack of choice means they still account for only 12 percent of total assets, she said.

Franklin Templeton, which has $724 billion in assets under management, appointed Uzi Yitzhak to head its business in Israel, where the firm also registered two mutual funds.

Franklin Templeton executives also gave prospective Israeli investors their views on a number of markets during the opening.

Manraj Sekhon, chief investment officer for emerging markets equity, said the firm would not be in a position to meaningfully increase its Turkish fund allocation while policies are in flux.

Franklin Templeton has also not changed its position in Saudi Arabia following the murder of journalist Jamal Khashoggi at the Saudi consulate in Turkey last month. The main question, he said, is how economic reforms are implemented.

John Beck, director of fixed income at Franklin Templeton, said Britain’s gilt market was overvalued, while the pound “is at the cheap end of expectations”.