NEW YORK (Reuters) – Martin Shkreli, the pharmaceutical entrepreneur serving a seven-year prison term for fraud, on Friday sued three former colleagues at Retrophin Inc for more than $30 million, saying they illegally ousted him from that company in 2014. 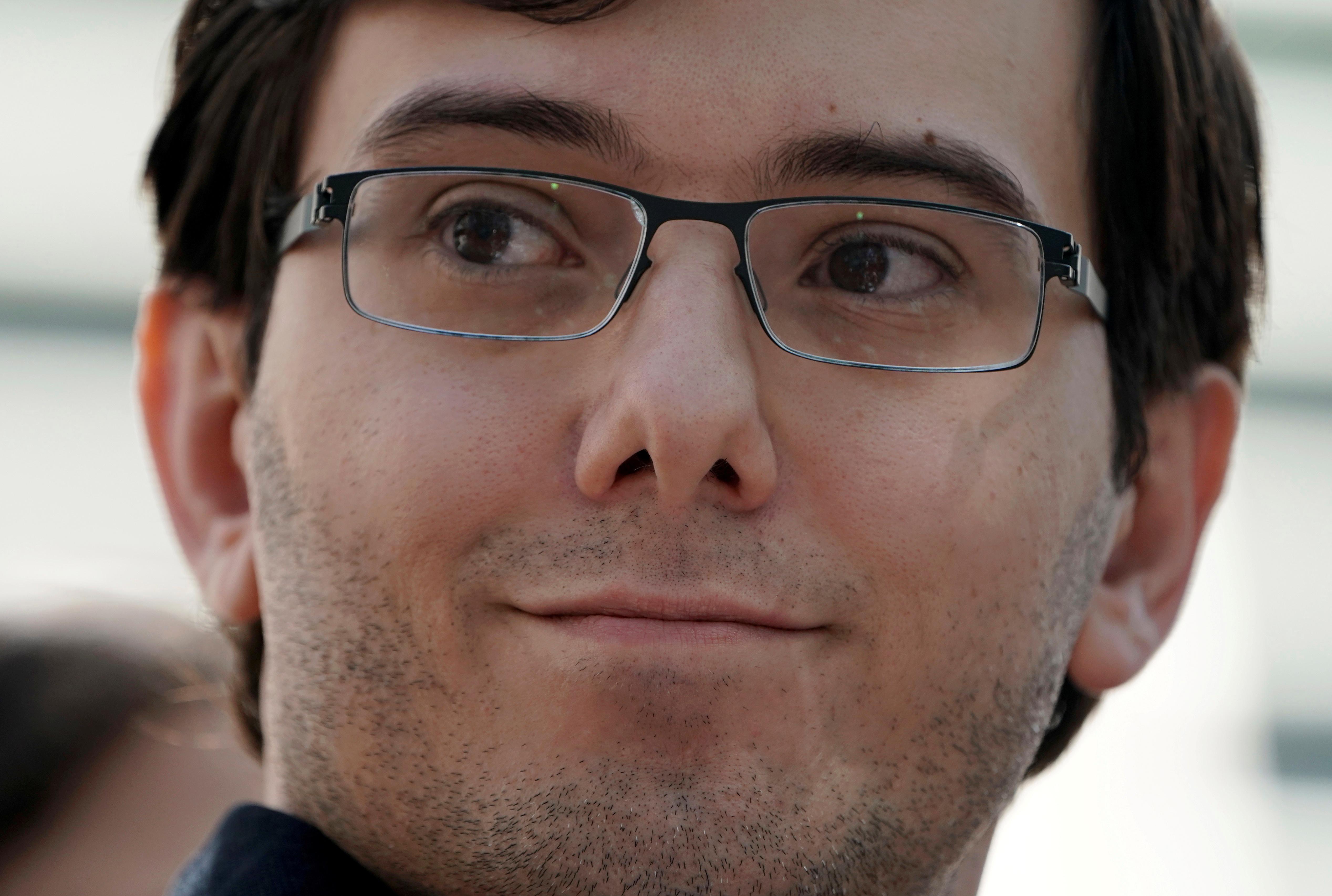 In a complaint filed in Manhattan federal court, Shkreli said Stephen Aselage, Margaret Valeur-Jensen and Gary Lyons fraudulently induced him to negotiate his exit from Retrophin, only to then “trick him” into signing away his rights as chief executive and founder without receiving anything in return.

Shkreli said the defendants were “driven by their egos, jealousy, and greed,” and that Aselage and Valeur-Jensen then “paid themselves” more than $35 million from assets he created.

Aselage is a director of Retrophin, where he also served as chief executive after Shkreli left, while Lyons is Retrophin’s chairman. Valeur-Jensen is a lawyer who became the San Diego-based company’s general counsel after Shkreli’s departure.

Retrophin was not named as a defendant. The company, through an outside spokesman, declined to comment on the lawsuit or on the defendants’ behalf. The defendants could not immediately be reached for comment. Shkreli’s lawyer, Edward Kang, declined to answer questions about the lawsuit.

Shkreli said his damages estimate reflects compensation owed under his employment agreement “and other compensation he would have received.” He is also seeking unspecified punitive damages.

Known as “Pharma Bro,” Shkreli, 36, is perhaps best known for raising the price of the anti-parasitic drug Daraprim by more than 5,000% while serving as chief executive of Turing Pharmaceuticals, now known as Phoenixus AG.

He also became known for his use of social media, including when he offered followers a $5,000 bounty for a hair from former U.S. presidential candidate Hillary Clinton.

A jury in Brooklyn, New York, convicted Shkreli in August 2017 of defrauding investors in hedge funds he once ran, and conspiring to manipulate Retrophin’s stock price. He was acquitted on other charges.

Shkreli is serving his sentence at a low-security prison in Allenwood, Pennsylvania.

He had been imprisoned in Fort Dix, New Jersey, but was moved after The Wall Street Journal said in March he was helping “call the shots” for Phoenixus from there, with the aid of a contraband smartphone, as that company’s “shadow power.”