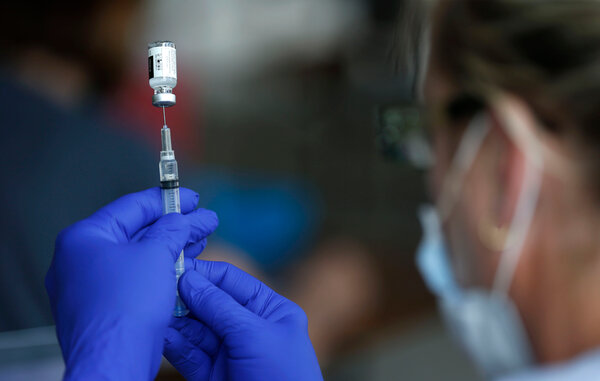 The International Monetary Fund’s executive board approved a plan to issue $650 billion worth of reserve funds to help troubled countries purchase vaccines, finance health care and pay down debt. If approved by the I.M.F.’s board of governors, as is expected, the reserves could become available by the end of August.

How will the I.M.F. create this fund?

The reserve fund will be created through an allocation of Special Drawing Rights, and it will be the largest such expansion of the asset in the organization’s nearly 80-year history.

Special Drawing Rights, or S.D.R.s, were created in the 1960s and are essentially a line of credit that can be cashed in for hard currency by member countries of the I.M.F. They are intended to help countries bolster their existing reserves and make the global economy more resilient.

Each of the I.M.F.’s 190 countries receives an allotment of S.D.R.s based on their shares in the fund, which track with the size of a country’s economy. The drawing rights are not a currency, and therefore cannot be used to buy things on their own. But they can be traded among member countries for currencies that can. Their value is based on a basket of international currencies — the U.S. dollar, euro, Chinese renminbi, Japanese yen, and British pound sterling — and is reset every five years.

To utilize the S.D.R.s, countries can agree to trade this interest-bearing asset with other countries in exchange for cash. The I.M.F. serves as a middleman to help facilitate the transaction. If the United States buys a batch of S.D.R.s from, say, Angola, it would earn interest on those assets. And Angola, which would be paid for the sale in U.S. dollars, could use the money to buy what it needs, such as vaccines to inoculate its population against Covid-19.