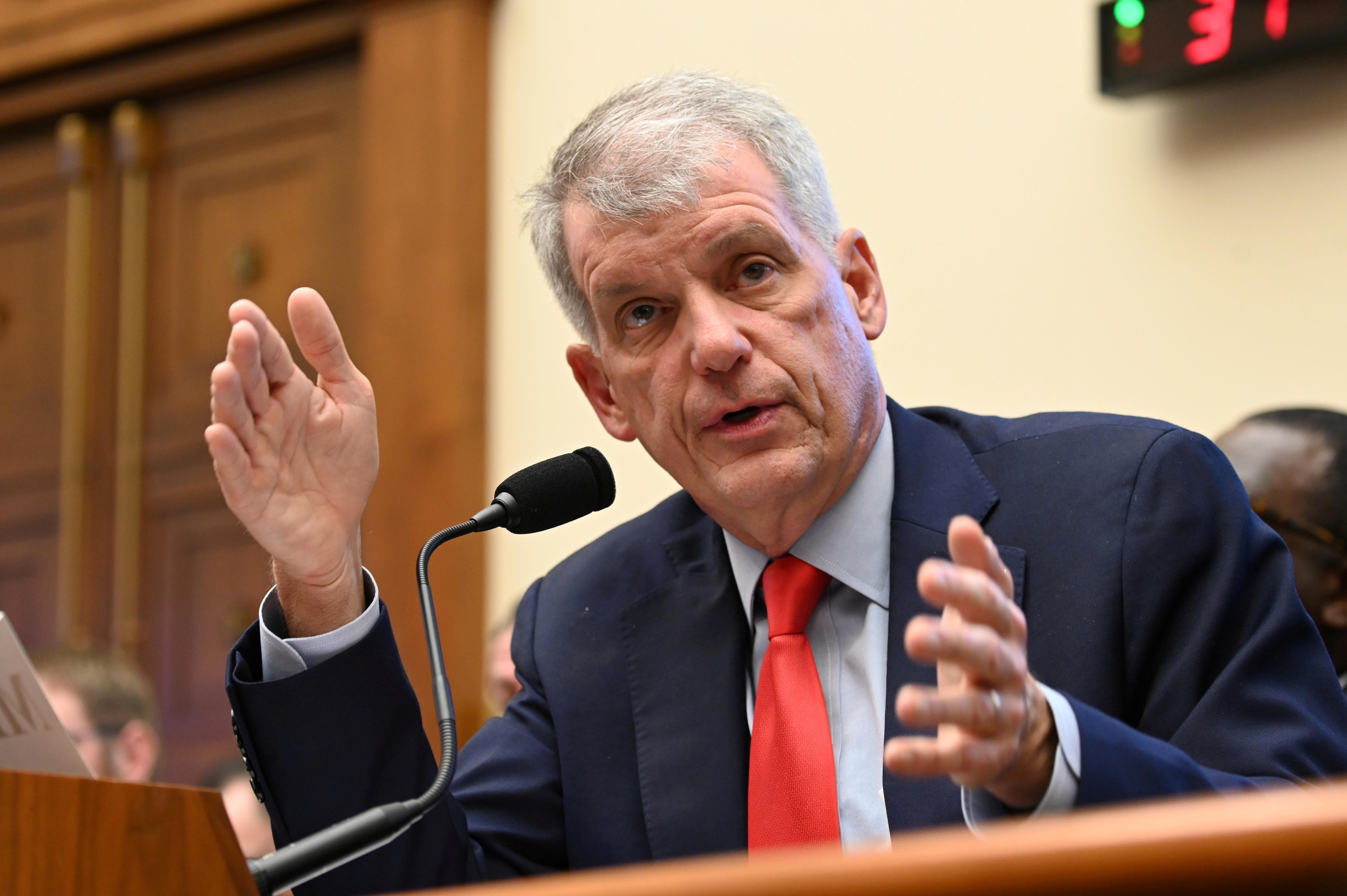 At the meeting on March 13, which has not been previously reported, Fed officials were told by four bank employees that little had changed within the bank’s culture since the scandal that engulfed Wells Fargo almost three years ago.

Among those present at the meeting was Fed Governor Lael Brainard, who is overseeing a decree requiring that Wells Fargo fix its risk management before it can resume growing, two sources with direct knowledge of the matter said. The employees belonged to an advocacy group, Committee For Better Banks, which confirmed the meeting.

Brainard told the group she was there to listen and get insight into the mood among Wells Fargo staff but declined to say if or how the Fed would respond, the sources said.

While regulators occasionally meet with consumer advocacy or industry groups, it is unusual for a Fed board member to meet with an individual firm’s employees. It is not clear who asked for the meeting.

Sloan abruptly departed the bank last month, making him the second CEO to leave Wells Fargo in the wake of its sales practice scandal. Sloan, who declined to comment on this story through a representative, has previously said he stepped down because he felt the external attention on him had become a distraction.

His departure was at least partly the result of the board’s conclusion that Sloan had failed to convince regulators that he could transform the bank and rally a staff that had low confidence in its leadership, according to a source with knowledge of the board’s thinking.

Sloan’s struggles underscore the challenges faced by the bank’s next chief executive. They will not only have to transform the bank and its sales practices, but also persuade regulators and its 260,000 employees that they have done so.

Finding a new CEO who can win over the bank’s employees is as important as finding someone who can charm regulators and Wall Street, said Russell Raath, president of management consulting firm Kotter.

“The whole bank needs to know that this person cares about their contribution to the top and bottom line,” he said.

Wells Fargo’s relationship with regulators has been strained since 2016, when employee whistleblowers revealed the bank had opened potentially millions of unauthorized accounts.

Internal and regulatory probes have since discovered other issues in the bank’s businesses, resulting in billions of dollars in fines and penalties.

In February 2018, Wells Fargo signed a Fed consent order that required the bank to fix its risk-management and governance problems before it could grow its balance sheet.

Two months later, the Office of the Comptroller of the Currency (OCC), Wells Fargo’s other key regulator, ordered the bank to make similar fixes and repay customers to whom it had improperly sold mortgages and auto insurance.

In December, Reuters reported that the Fed had rejected the bank’s initial remediation plan, putting it behind schedule. Days later, Federal Reserve Chairman Jerome Powell told Congress the Fed would not lift the asset cap until it was satisfied that Wells Fargo had fixed its risk problems.

An internal company-wide survey around that time also pointed to low morale, according to the Committee For Better Banks and other Wells Fargo employees.

The bank internally published a write-up about the survey, saying Wells Fargo found itself at a “challenging and interesting” crossroads. Some employees felt that the description sugar-coated the findings, sources said.

That sparked dozens of comments from workers criticizing management for being out of touch, according to the sources and screenshots of the internal site reviewed by Reuters.

A consumer loan underwriter complained on the internal site that the concerns about pay and employee benefits were falling on deaf ears.

“For years (team members) have been expressing their concerns and frustrations,” the employee wrote. “The only response (if any) are canned answers and talking points which we all know is baloney.”

Wells Fargo’s Folk said the company seeks and values input from employees, and that the bank has already made a number of improvements based on the feedback.

He pointed to other categories in the survey that showed employees believed in the bank’s values and were satisfied. For example, 72 percent of employees said they believe Wells Fargo is a good place to work.

Sloan testified before Congress on March 12 in a hearing about the bank’s progress since 2016.

As a gesture of goodwill, Wells Fargo took the unusual step of offering the OCC the opportunity to review his testimony in advance, according to a source with direct knowledge of the matter. It is unclear how the OCC responded.

Sloan had barely finished speaking when the OCC said it was still “disappointed” by the bank’s remediation efforts.

The next day, after Wells Fargo disclosed Sloan had gotten a 5 percent pay raise, the Fed responded that it expects boards “to hold management accountable.” 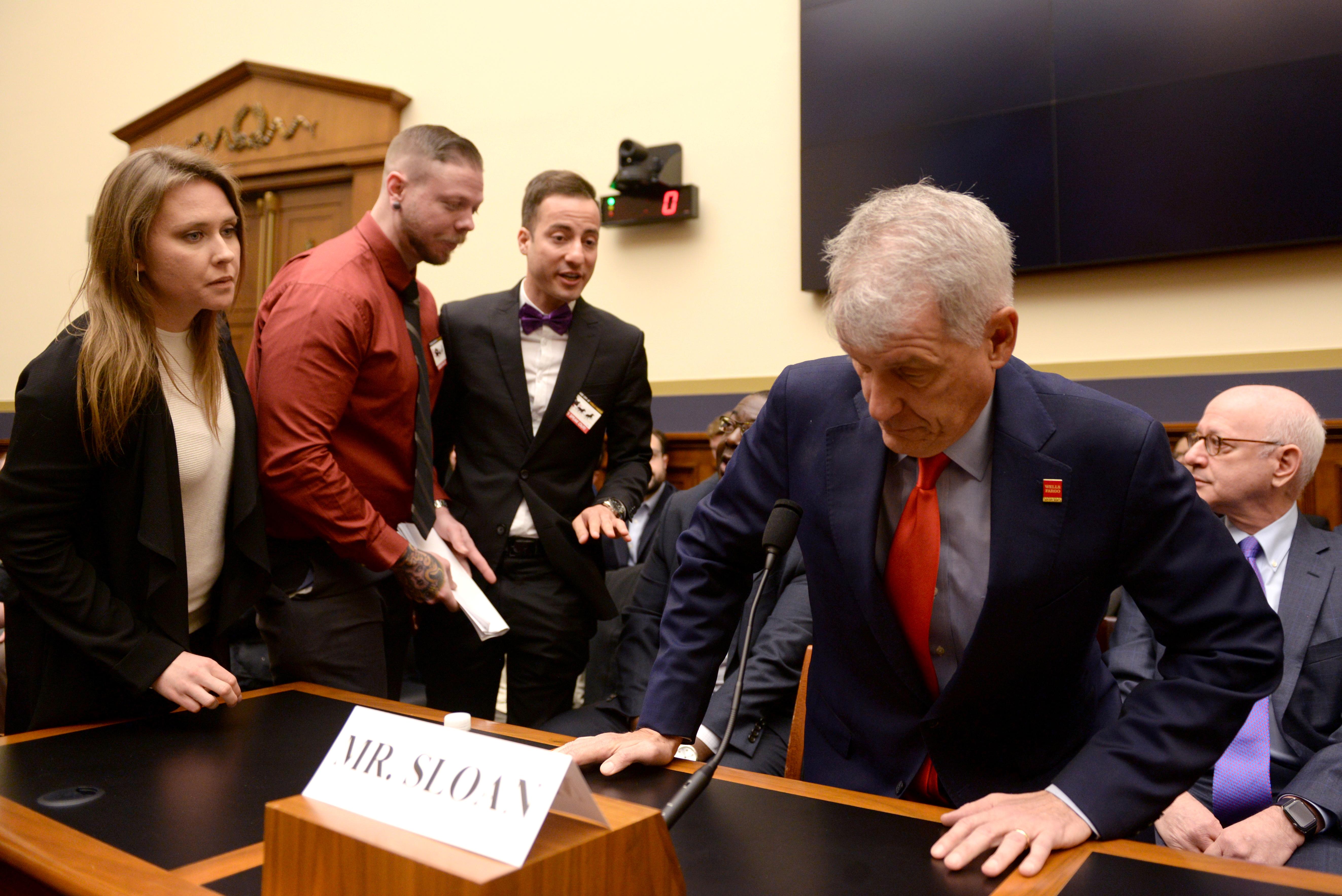 A week later, Powell told reporters the bank had suffered a “remarkably widespread series of breakdowns” that needed to be addressed in a “fundamental” way.

These rebukes undermined Sloan’s position at the bank, the source with knowledge of the board’s thinking said.

On March 26, Sloan told the board he had decided to resign, according to a regulatory filing. Three days later, he publicly stepped down.