REYKJAVIK, Iceland — In retrospect, it was probably not a fantastic idea to leave Iceland’s economic fortunes tethered to an airline called WOW.

Before it collapsed in March, WOW Air delivered more than one-fourth of all international visitors to this ruggedly spectacular island nation. Its credulity-straining fares — $199 round trip from New York and San Francisco — were key elements of a tourism bonanza that lifted Iceland from its catastrophic 2008 financial crisis.

Now, five months after WOW’s purple jets ceased flying, Iceland is suffering a pronounced drop in tourists that threatens to push the country into recession. 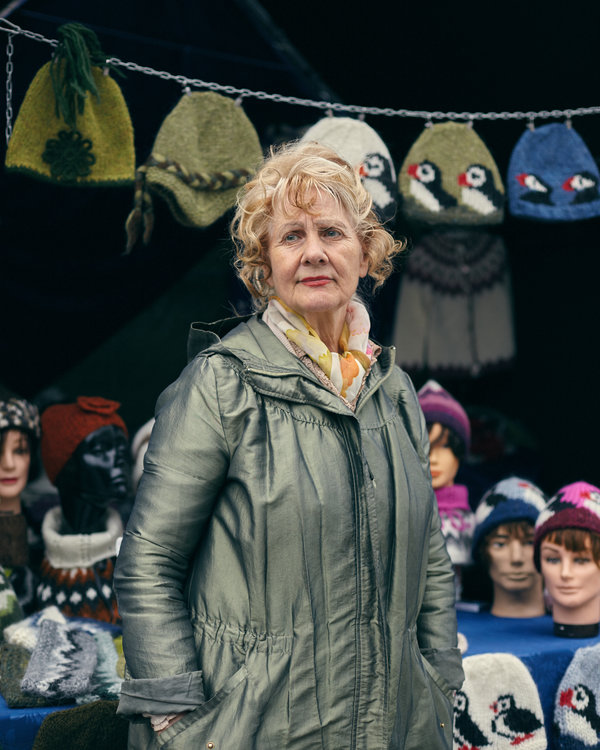 The downturn completes a cycle not unfamiliar to the 350,000 people who live on this boom-and-bust-prone island. WOW cannily exploited the financial crisis, which made the country a more affordable tourist destination. Then WOW helped turn Iceland’s glaciers and waterfalls into the backdrop for countless selfies, bringing millions of visitors and propelling economic growth. Finally, WOW disappeared, sending Iceland back to trouble.

“We feel it,” said Solveig Ogmundsdottir, 70, a retired university librarian who knits multihued Icelandic caps emblazoned with images of puffins, selling them from a stand near the harbor in Reykjavik, Iceland’s capital. Her sales are down 20 percent this year, she said, a trend she traced directly to the demise of WOW.

“We are getting fewer Americans,” she said. “Now we have more people from Spain and Portugal. It seems to us that they have less money.”

The story of WOW Air is a classic tale of too much success yielding outsized ambitions that ultimately end in ruin.

Launched in 2011, the company was the brainchild of Skúli Mogensen, whose brash proclamations, irreverent marketing and penchant for adventure have drawn comparisons to Richard Branson, the entrepreneur behind Virgin Atlantic.

Mr. Mogensen aimed to turn Reykjavik into a major international air hub, exploiting its position near the top of the globe to transport passengers between North America, Europe and Asia, cutting the time of the traditional routes through London and Dubai. Iceland would be an enticing stopover, if not the final destination.

“Everybody thought I was crazy,” Mr. Mogensen said. “Maybe they were correct, and that made me want to do it more. I knew virtually nothing about the airline industry. My mission statement was ‘Impossible is just an opinion.’”

For a while, he looked like a prodigy. Between 2011 and 2015, the number of tourists visiting Iceland more than doubled to 1.3 million a year.

The growth reflected the force of social media in driving tourists to the filming locations of popular shows and movies. As fans of the blockbuster television series “Game of Thrones” learned that much of the action was shot in Iceland, entrepreneurs started tours of key locations.

Justin Bieber’s 2015 music video “I’ll Show You” showcased Iceland’s breathtaking Fjadrárgljúfur canyon, prompting tens of thousands of people to descend on the area. They used Instagram to share their experiences while tracing Mr. Bieber’s dangerous romp across an arresting ledge and into a glacially fed lagoon. So intense were the crowds that Iceland’s environmental authorities restricted access.

But as Mr. Mogensen acknowledged, WOW got carried away. In extending service to Los Angeles and San Francisco, and later to India, it added wide-body jets. New premium cabins complicated its business and added to its costs.

“One of the mistakes we made was moving away from that original vision,” he said.

As costs increased, profitability gave way to losses. By last year, Mr. Mogensen was frantically ditching unrewarding routes. He beseeched investors to extend more credit, and even pursued a rescue by the government. But early this year, the money ran out. Creditors seized the jets, grounding the airline.

Fannar Flosason, 30, a WOW software engineer, was home on paternity leave after the birth of his son when he received an email late one night delivering the grim news.

He has since taken a job at a local start-up, putting him among the lucky ones. “I know a bunch of people who worked at WOW Air who are still unemployed,” he said.

More than 600 of the 960 people laid off in March remained officially unemployed as of late July, according to the Directorate of Labor.

Birgitta Jondottir worked full time in the WOW payment system. She now works part time leading tours through tunnels threading a glacier near Húsafell, a two-hour drive north of Reykjavik. She stays there three or four nights every other week, leaving her 6-year-old son with her partner in the capital. “It’s been a little bit hard,” she said.

“Tourism got us out of the financial crisis,” he said. “We were the fastest-growing company in the history of Iceland. The tourist boom would not have happened if WOW had not happened.”

But now tourism is rolling backward, with the number of international visitors on track to drop by 16 percent this year compared with the year before, and numbers of Americans on pace to plunge by 20 percent.

The sudden shortage of Americans — widely celebrated as a free-spending people — is bemoaned by merchants of Viking-themed tourist tchotkes, by whale watching tour operators and by real estate agencies.

Reykjavik’s skies have in recent years filled with construction cranes erecting hotels and glass-fronted harborside condominiums. Americans have snapped up waterfront property with special eagerness. The end of WOW has cooled construction while making financing for new projects hard to secure.

“It is hurting everybody,” said Stefan Gudjonsson, head of research at Arion Bank, an Icelandic lender. “We are seeing projects put on hold, hotels especially.”

A worrying glut of unsold property has materialized, threatening the balance sheets of developers and their financiers.

Any mention of trouble involving banks may conjure terror in Iceland, where financial shenanigans and the resulting devastation in 2008 were monumental even by the standards of the global debacle.

But experts express confidence that a recession will not trigger a financial panic. After the 2008 crisis, bankers were sent to prison, and the government forced lenders to substantially increase the cash they reserve against bad loans.

Still, the downturn in the tourist trade constitutes a painful event, given that it is Iceland’s largest industry.

“It’s pretty bad for us,” said Gauja Helgudottir, who was overseeing the counter at the Icelandic Seal Center, a travel agency, seal-themed souvenir shop, seal museum, and research center in Hvammstangi, a fishing village of 58 people tucked into a fjord in the northwest of the country.

The center draws a lot of its visitors from roadside signs beckoning travelers on the main highway running north from Reykjavik. Given that WOW brought in budget travelers, many of them exploiting last-minute deals, its elimination has reduced spontaneous arrivals.

So far this year, the number of visitors has plunged by more than one-third, she said. In previous summers, the center has added three or four full-time seasonal workers. This year, it has added only one part-time employee.

In Reykjavik, the decline is less easily detected. At shops downtown, tourists shell out $500 for Icelandic sweaters. They fill restaurants serving fish stew, grilled whale and smoked puffin. During the brief and tenuous dusk that passes for night in summer, people from around the globe jam into cacophonous nightclubs that pulsate until 5 in the morning.

But people who make their living on the tourist trade bemoan a palpable change.

“We can feel the pressure,” said Jana Arnarsdottir, 23, as she sets up for lunch service at Glo, a chain of vegan restaurants in Reykjavik. “This whole town is affected by tourism.”

Iceland’s unemployment rate spiked to 4.7 percent in May, compared with 2.9 percent in January. At the Reykjavik unemployment office, those out of work are growing resigned to settling for less-desirable jobs.

“It’s much harder now,” said Ivars Rapa, 48, a Latvian immigrant who recently lost his job at a fish processing factory that furloughed its several hundred workers.

The struggles of the fishing industry, a major piece of the economy, stem in part from concerns about fish stocks, which prompted the government to limit the catch. But WOW’s doom has amplified trouble. Fewer flights means fewer opportunities to export Iceland’s seafood.

Mr. Rapa recently applied for work at warehouses, in security, and at commercial kitchens. As of late July, he expected to gain none of these positions given the deteriorating economy.

“Tourists are not coming as they were before,” he said.

At Hestaland, a farm outside the town of Borgarnes that leads mostly American visitors on trail rides atop handsome Icelandic horses, the guesthouse has vacancies. “It used to be sold out all the time in July and August,” the owner, Gudmar Petursson, said. “Now, quite a lot, we have rooms.”

At Lake Myvatn, where tourists soak in natural hot springs and gape at pits of boiling mud, demand for local accommodation has plunged. Thuridur Helgadottir, 54, manager at Vogar Travel Service, has dropped prices by as much as half. She plans to shut down for four months this winter, a quieter season.

Yet beneath the concerns about Iceland’s economy, some harbor a sense that a dip in tourism may be healthy; a needed respite for an overwhelmed island.

“When the people who are coming are more about getting Instagram posts, and everyone goes to the same spots, then it’s overcrowded,” said Hordur Mio Olafsson, 32, whose family business leads tourists through lava caves near Húsafell. “What people are seeking here is pristine nature in this strange country in the North Atlantic, full of mystery. Now, we have a chance to do things properly.”