NEW DELHI (Reuters) – Economists and investors are increasingly showing that they have little or no confidence in India’s official economic data – presenting whoever is elected as the next prime minister with an immediate problem. 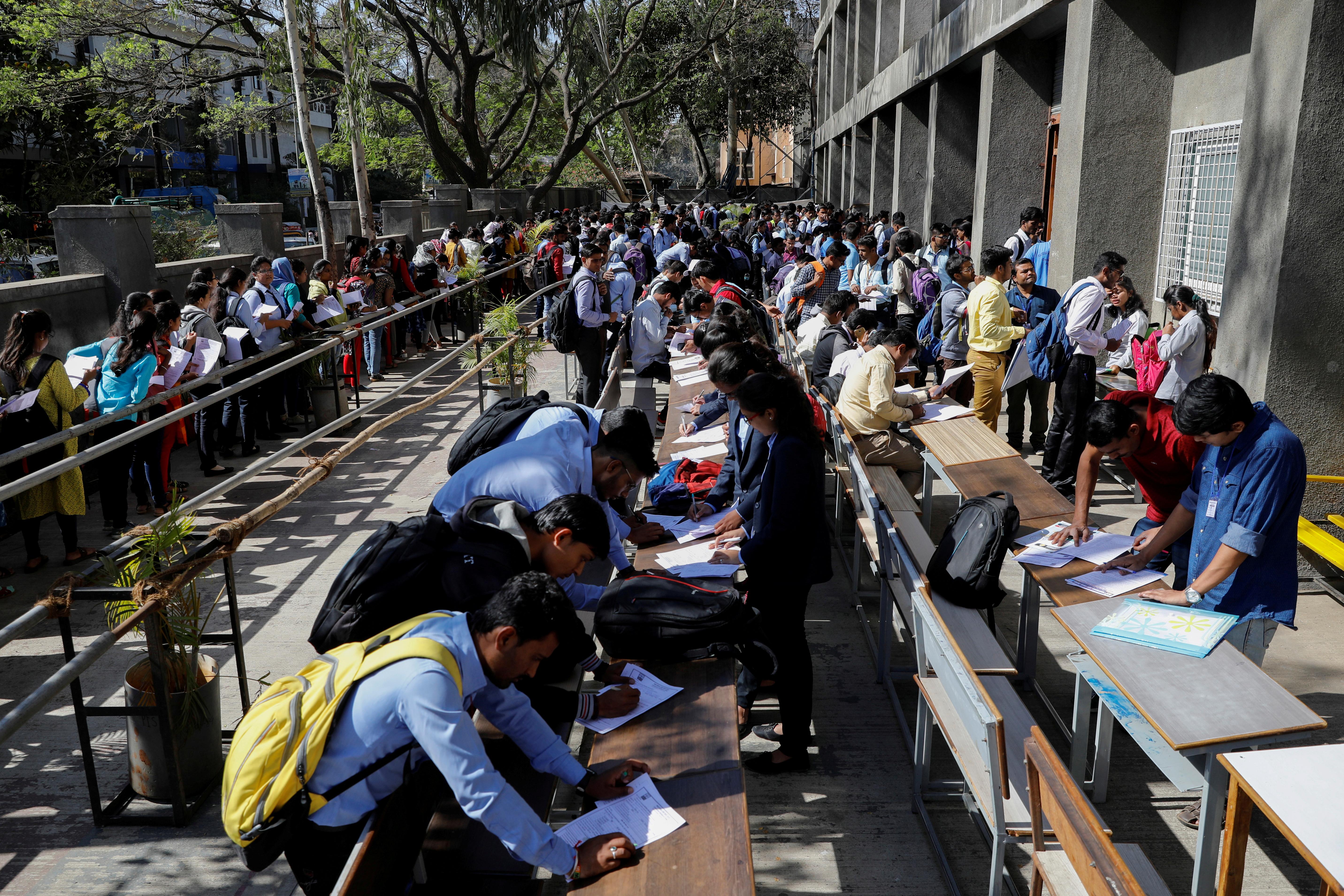 There have been questions for many years about whether Indian government statistics were telling the full story but two recent controversies over revisions and delays of crucial numbers have taken those concerns to new heights.

The government itself has admitted there are deficiencies in its data collection.

A study conducted by a division of the statistics ministry in the 12 months ending June 2017 found that as much as 36 percent of the companies in the database used in India’s GDP calculations could not be traced or were wrongly classified.

But the ministry said there was no impact on GDP estimates as due care was taken to adjust corporate filings at the aggregate level.

Last December, the government held back the release of jobs data but an official report leaked to an Indian newspaper showed the unemployment rate had touched its highest level in 45 years.

Economists and investors are now voting with their feet – by using alternative sources of data and in some cases creating their own benchmarks to measure the Indian economy.

Ten economists and analysts at banks, think-tanks and foreign funds interviewed by Reuters said they were moving to use alternative data sources, or at least official data of a different kind.

Among the numbers they prefer are fast-moving indicators like car sales, air and rail cargo levels, purchasing managers’ index data, and proprietary indices created by the institutions themselves to track the economy.

Many economists said they were stunned when the government upwardly revised GDP growth for 2016/17 to 8.2 percent from 6.7 percent, although the demonetization of high value notes hit businesses and jobs in that financial year.

“Our response has been to spend time developing an Indian Activity Index, which takes a range of time series data that in the past were strongly correlated with real GDP growth and extract the common signal from them,” said Jeremy Lawson, chief economist at Aberdeen Standard Investments, which manages more than $700 billion in assets.

The preliminary evidence from the index, which includes components like car sales, air cargo and purchasing managers’ index data suggests the government has over-estimated GDP growth, he said.

“Our index would suggest that there was stable growth, rather than the rapid acceleration suggested by the GDP figures,” he said, referring to three years of data from 2014.

Even those close to the government have said the lack of accuracy in the official data makes it much more likely that authorities will miss major swings in activity and be unable to react quickly to head off a crisis. It is also a problem for investors who may be misled into thinking the economy is more robust than it really is.

The economic wing of the Rashtriya Swayemsewak Sangh, the fountainhead of the ruling Hindu nationalist Bharatiya Janata Party, said the government and the Indian central bank missed anticipating a farm crisis that has now gripped the countryside, with low crop prices driving down farmers’ incomes.

“The fact is the government advisers and the monetary policy committee of the central bank could not diagnose the farm crisis, deflationary conditions in rural economy, and ignored the need to boost growth,” said Ashwani Mahajan, the co-convenor of the group, Swadeshi Jagran Manch, adding the government was now taking steps to address the problem.

The delayed response has cost Prime Minister Narendra Modi at least some support in the countryside in the current general election – although most political strategists still think he can probably hang onto power.

The opposition and other critics have said Modi suppressed jobs data and “massaged” economic growth numbers in an attempt to show that his government has done better than the previous administration.

A spokesman at Modi’s office said no official was available for comment as they were busy with the election while a finance ministry spokesman referred to Finance Minister Arun Jaitley’s previous comments.

In a blog in March, Jaitley criticized economists for doubting the credibility of data and accused them of running a fake campaign against the government.

Some investors have been burned by believing in India’s high growth story.

Private power producers invested billions of dollars based on expectations of electricity demand that didn’t pan out in the rural economy. With economic growth pegged at over 8 percent a year, they had expected a pick up in demand by small businesses and household.

Many of the power producers are now facing bankruptcy and legal disputes as many of the new plants they built are working at about 60 percent of capacity.

In the real estate sector, developers said, it could take 3-4 years to clear about 500,000 unsold flats in and around New Delhi that were built on the assumption of higher income jobs in urban areas.

To be sure, the proportion of the Indian economy that is based on the unofficial sector, such as household enterprises, makes it a nightmare to assess economic activity.

P. C. Mohanan, former acting chairman of the national oversight body for statistics, who resigned to protest government interference over the release of the jobs figures and back series data on GDP, said the government hasn’t allocated the resources it needs to measure activity given the growth in the economy.

Gita Gopinath, the International Monetary Fund’s chief economist, told an Indian TV channel last month the IMF had raised the issue of “transparency” with Indian officials in data collection and, in particular, measurement of the GDP deflator – the adjusted inflation rate used to estimate real GDP.

In a statement, the statistics ministry said it was working to address the issue.

A senior official earlier said they were open to suggestions for improvement, just not “politically motivated” criticism.

There are already plans to revamp data compilation and capture the nuanced relationship between prices and real GDP, he said.

Khaled Ahmed spent nearly three months in hospital – two of which were in intensive care – fighting coronavirus. The self-described healthy and “very sporty”…