NEW YORK (Reuters) – U.S. stocks extended their selloff on Tuesday, with the S&P 500 hitting a three-week low, as energy shares dropped with oil prices and retailers including Target and Kohl’s sank after weak earnings and forecasts. 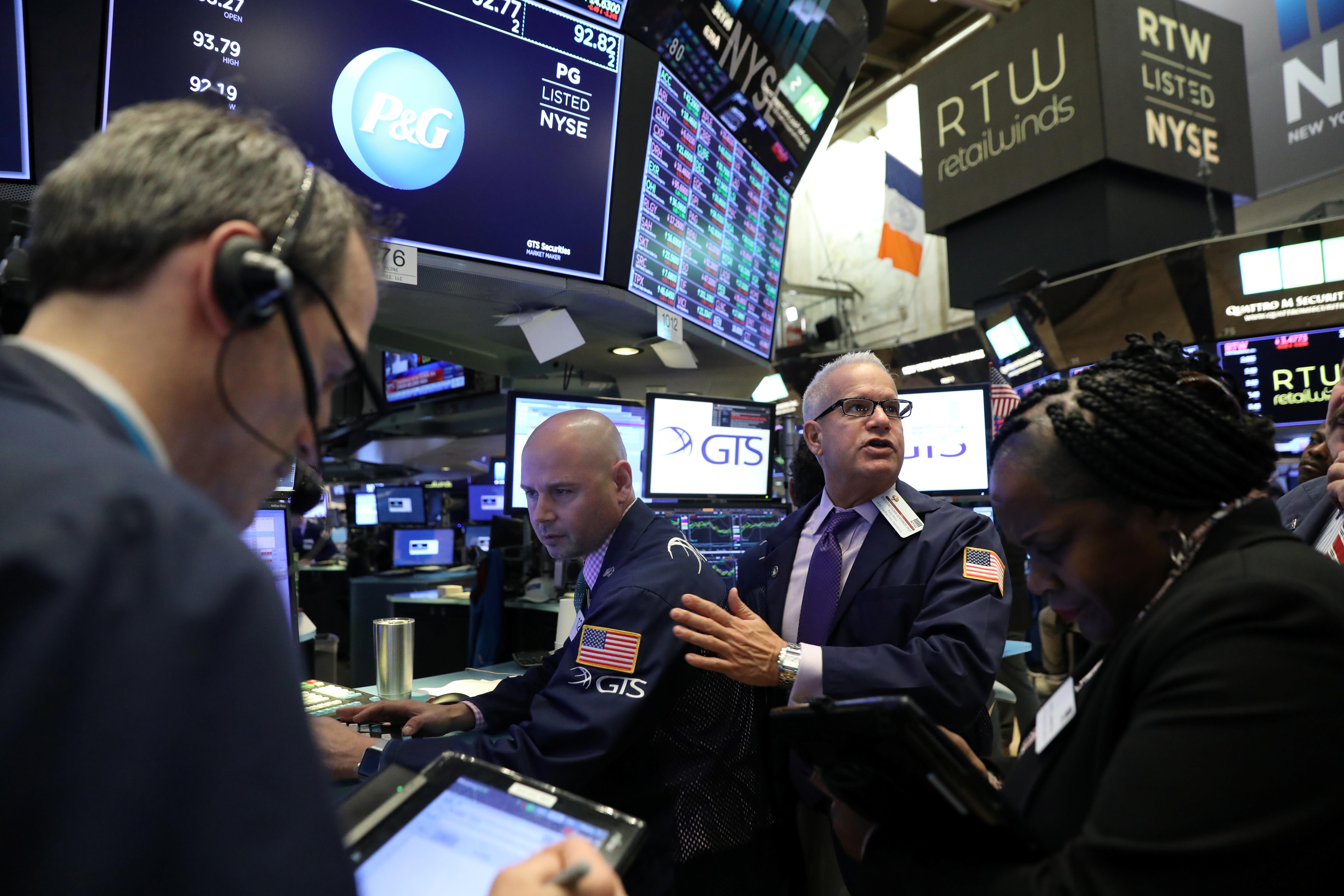 The S&P 500 and Dow slipped into negative territory for the year, and the Nasdaq fell to its lowest level in more than seven months.

The Dow Jones Industrial Average .DJI unofficially closed down 2.22 percent, the S&P 500 .SPX was off 1.82 percent and the Nasdaq Composite .IXIC was last down 1.67 percent.

“Despite what has been a pretty good earnings season, people are looking ahead to next year and are worried about a slowdown. Might the Fed be as aggressive as they have been? Although they’ve been slow and measured, the consensus is that we’re starting to slow down. Maybe the U.S. is starting to catch up to the rest of the world’s economies. Those markets have lagged this year. Until recently, we’re been the standout. So the question becomes, When do those come together? Does the rest of the world catch up with us, or do we look like the rest of the world?”

“It’s the market adjusting to an early 2019 that looks different from the months of 2018 in that there have been mounting concerns over global growth. U.S. growth is not weakening dramatically but slowing. There’s concerns over the Federal Reserve and its rate hike trajectory….Add to that concerns over tariffs and whether or not the U.S. and China can reach an agreement over the short to medium term, and that’s feeding into a consensus that the market needs to reprice at a lower multiple in order to withstand a different environment in 2019.”

“It’s a combination of all of the various concerns coming together to force investors out of the overall market. There was an initial wave of selling and you might claim that was yesterday, and then people watch the news, they read the paper and it festers within their brains and the next morning the selling pressure begins to mount.”

“You can make an argument that the tax effect is a front-end-loaded type of deal. What’s happening now is more about uncertainty. Uncertainty about the Fed but also uncertainty with regards to trade.  On earnings calls recently there were 10 percent or less of the companies had any sort of commentary on tariffs or trade. But it’s the uncertainty that’s out there that the markets are preparing for. And uncertainty is when fear creeps in. And fear is a much stronger emotion than greed. Which is one of the reasons that’s driving the VIX higher and higher.”

“Volume does have an effect. We do have a holiday week. It’s typically a quieter week in terms of trade volume and that’s going to exaggerate things on the up or the downside.”

“There is lots of bad news hitting the tape all at once in a nervous market. Boeing cancelling their conference call was a bad surprise for nervous investors. The Goldman Sachs downgrade of Apple … analysts have lost a lot of credibility on Apple. Margin calls in FANG stocks are weighing on shares. Facebook going green is bullish and wouldn’t be surprised to see an afternoon rally in tech after the margin selling has been alleviated.”

“There are the headwinds of the trade war out there. The fiscal stimulus from tax cuts is starting to fade. The Federal Reserve policy of normalization, the (corporate earnings) outlook going forward – we don’t have many positive catalysts.”

“The earnings for Q3 were good, but the guidance going forward for Q4 has come in below expectations. You’ve seen that in the retailers as well as large-cap tech names like Amazon, Apple, Facebook … It’s been one of the positive catalysts that have pushed the market up for most of this year. Now that’s fading, so people are more apt to take profit and de-risk going into the year-end.”

“The upward momentum was broken back in September with the back-to-back imposition of the tariffs on Sept 24 and then the Fed removing ‘accommodative’ from their policy statement on Sept 26. Ever since then, the environment has been much more challenging.”

“The most recent downward movement pretty clearly was Apple related. The shift of a new concern is over a slowing economy.”

“When you see some of the struggles specifically starting with the Apple guidance for the fourth quarter and then today with the retailers, which come out with cautionary tone about the economy, now you are looking at rising interest rates, all these costs and disruptions related to the trade policy, and an economy domestically that may be showing signs of slowing. You also had bad housing numbers. So you have a lot of mounting evidence that the economy is softening and then that leads to downward earnings revisions.”

“There is so much trading money, and what is that money? That’s all momentum money. All the volume that trades has really been momentum-based and continues to be and now the momentum has turned the wrong way. Just a lot of factors creating a very difficult environment.”

Is what you’re seeing in the corporate bond market worrisome from equity perspective?: “What you started to see recently is a widening of the spreads of the high-yield market over the Treasury market. That is another sort of risk-off sign. The high yield market was hanging in there pretty well. Spreads were just as recently as a maybe month ago or so really tight. So just another sign that there is concern out there.”