NEW YORK (Reuters) – U.S. stocks tumbled on Monday, with the S&P 500 and Dow Jones industrial Average shedding about 2 percent and the Nasdaq down more than 3 percent. 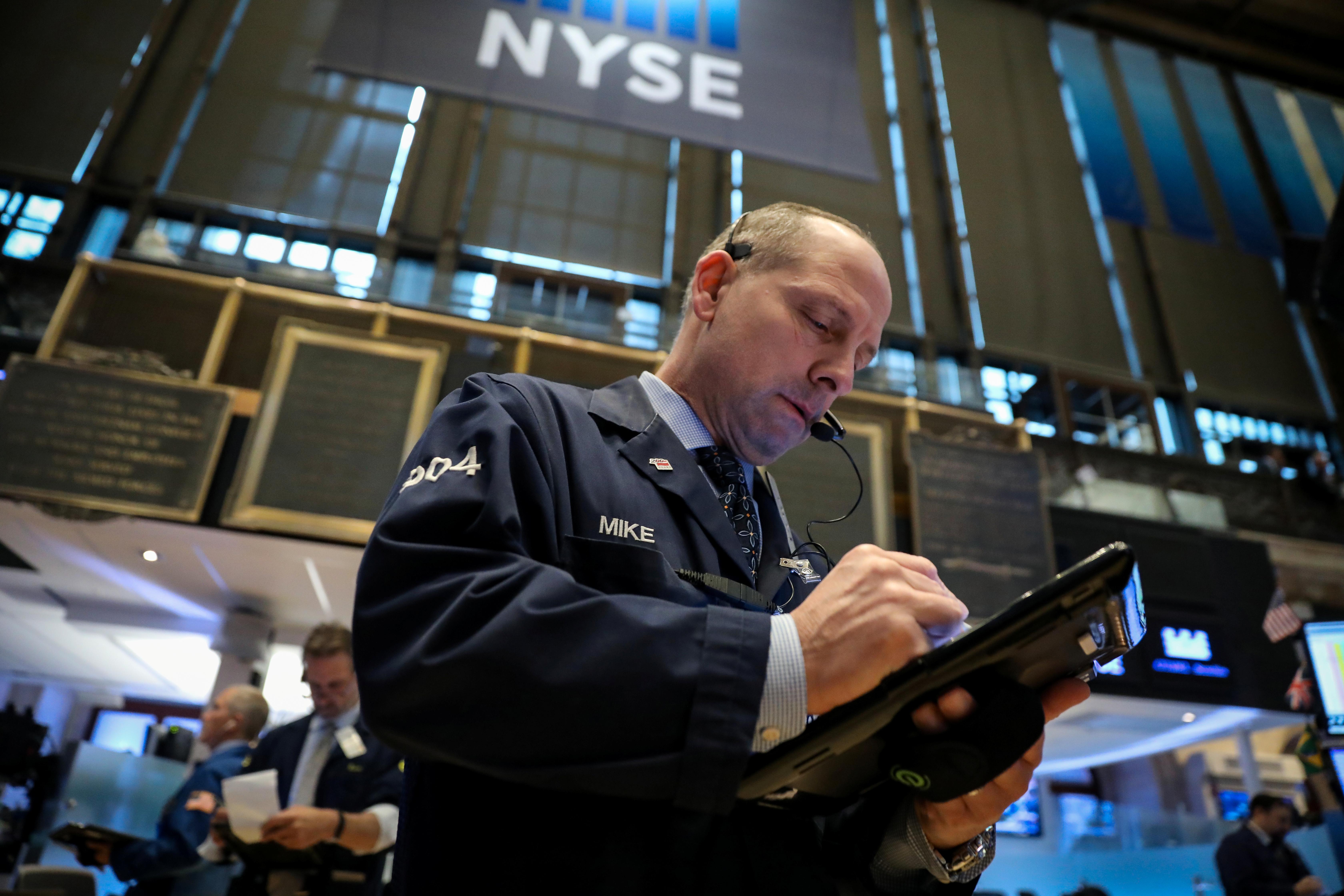 A slide in Apple’s shares to their lowest since July 6 battered the technology sector on concerns about iPhone demand, with mixed signals over the state of play between the United States and China on their trade dispute adding to the weakness.

“We’re seeing money rotate out of technology primarily, as well as industrials, energy, consumer cyclicals, communication services, into more economically stable sectors like consumer staples, financials, healthcare, utilities. I think that’s very tough for the market to go higher with the rotation we see going on. Institutional managers are primarily looking for places to hide, but that doesn’t mean those stocks don’t go lower.”

“I’ve been looking for them to show some leadership which they fail to do, and until we get the tech leadership I think equities are going to continue to struggle.”

“That said, we’re at some pretty important levels of support technically on the S&P, and quite a bit of bad news is out on the tech names and there are still a lot of investors out there who want an opportunity to try to own some of these and feel that they’re at much more favorable levels.”

“They should catch a bit at the end of the year as investors start to chase performance.”

“But I’m very cautious into 2019. The bull narrative has fallen on its face, and that’s why one of the reasons why we’ve been so conservative throughout the year.”

On market leadership: “I don’t see any  one company with the heft to replace Apple. You’re seeing Verizon, Procter & Gamble, Coca-Cola. These are sizable companies, but there’s nothing that can take the place of Apple right now. Johnson & Johnson has had a strong quarter and it’s the largest non-FAANG stock in the S&P 500, but yet it’s less than half the size (of Apple).  JPMorgan Chase, another stock that happens to be up. So it’s no one stock that’s replacing Apple. The new leadership is broader.

“This is a measured rotation. It’s been fairly disciplined. Holiday shortened weeks lend themselves to moving up and down more than non-holiday weeks. You’re going to see a bit more of that each day this week.”

“There are concerns about tech stocks, troubling reports about Facebook, news about productions cuts, weak housing numbers, you name it, the boot is pretty bad here.

“It’s just more selling and investors are nervous about all kinds of things like the weakening in key technology shares, general economy slowing down next year and about the Fed and we haven’t had any good news to counter that.

“It’s a process of how far the markets can go, obviously the holiday season is important for them and the trade difficulties that we’re having with China certainly isn’t helping.

“What could replace FAANG stocks as market leaders: banks and financial in general. You might look to go a little more defensive at this point, consumer staples typically.

“We’re seeing a shift from growth to value. You’re seeing that rotation away from tech. Certainly the indexes are much more growth-oriented because of the sheer size of those companies now, and they dominate the indexes. You’re going to have more underperformance of the growth names.”

“We’ve seen these types of declines before and it’s led to some uncomfortable times but certainly not the end of a long bull market. So we need to give it some time and space before we can say, yep, this is it.”

“The most important stocks are getting hit the hardest—Apple and Amazon. They led us up and now they’re leading us down. This is an ugly market. There’s been a loss of trust in managements at Apple and Nvidia — both overpromised and underdelivered. Also, margin calls are coming into play with FANG, Apple … Rarely do you see these kind of moves in a holiday week.”

“The world got too caught up in valuing growth too high, and it is now coming to fruition that people are not going to pay these absurd prices for growth.”

“I think we are starting to see the FANG trade kind of unravel here, come back to earth a little bit. Simply because I think people have put too much value in growth, value in future cash flows and sort of been ignoring value investments and that is starting to reverse itself here a little bit.”