Video gaming has gone from an activity conducted in arcades, dens and rec rooms to a mobile phenomenon where players meet, live and play in virtual space.

But it’s hard for investors to know where the best opportunities are. Investors have done very well recently by buying shares in exchange-traded funds that track the industry, or major components of it.

Big technology companies such as Microsoft, Google and Amazon are preparing to offer streaming video games, hoping to capitalize on a trend that lifted Netflix to dominance in the entertainment delivery business.

Then there are the equipment makers, like Microsoft with its Xbox console and Sony with its PlayStation. Both are rolling out upgrades.

Game publishers like Epic Games, Electronic Arts, Take-Two Interactive and Ubisoft may be poised to capitalize on the burst of streaming capabilities making their debuts over the next year, said Michael Pachter, an analyst at Wedbush.

The overall industry is expected to reach $180 billion in annual sales in the next year or so, according to the research firm Newzoo, compared with $137 billion in 2018. But there are plenty of reasons for caution.

Development costs are rising for games that quickly become obsolete, thanks to fast-changing technology. New cloud-based and streaming services threaten to cut into the sales of game equipment, as are games played on mobile devices like phones and tablets.

“It remains to be seen which dominant distribution model will emerge and how the economics for publishers and platform operators will ultimately play out,” Mr. Pachter wrote in a recent note.

For fund investors, there aren’t a lot of specific offerings, and the few that are around are relatively new. They track a variety of indexes.

The biggest video-gaming-specific fund, the ETFMG Video Game Tech ETF, which started in 2016, has only $92 million in assets. Expenses are 0.75 percent, and it gained 10.8 percent this year through June, according to Morningstar. It tracks the EEFund Video Game Tech index, and its top 10 holdings include Nintendo, Ubisoft and Glu Mobile. 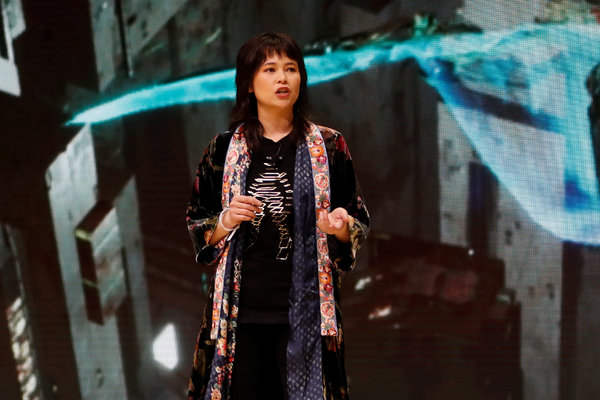 The VanEck Vectors Video Gaming and eSports ETF has $26 million in assets and an expense ratio of 0.55 percent. It was up 17.6 percent through June, according to Morningstar, with top holdings including the chip makers Nvidia and Advanced Micro Devices, as well as Tencent, the Chinese company that owns 40 percent of the privately held developer of the video game Fortnite. It tracks the MVIS Global Video Gaming and eSports index.

And there has been a new offering since June 24, Defiance NextGen Video Gaming ETF, formerly a tech fund, with more than $3 million in assets. It holds the device maker Nintendo as well as the game makers Activision Blizzard and Electronic Arts. It follows the BlueStar Next Gen Video Gaming index.

Bigger funds that have exposure to some big companies in the gaming world include two offerings by iShares. The iShares PHLX Semiconductor ETF has $1.5 billion in assets, an increase of 27 percent this year, and its expense ratio is 0.47 percent. It tracks the PHLX SOX Semiconductor Sector index. And the iShares Expanded Tech-Software Sector ETF, with $2.66 billion in assets, has stakes in Microsoft and several game makers and was up 25.9 percent through June, according to Morningstar. It tracks S&P’s North American Expanded Technology Software index.

Mr. Pachter says game publishers will most likely benefit as streaming devices and capabilities spread. Microsoft’s xCloud and Google’s Stadia will roll out in the fall, and Xbox One players should be able to stream games in October.

Under the hood are the chip-makers Nvidia and AMD, which power the equipment. The two have been locked in a fierce battle for dominance, and Microsoft picked AMD’s processor to power its next generation Xbox.

Amazon and Apple are likely to offer streaming services of their own, Mr. Pachter said: “Ultimately, it’s analogous to Walmart opening another 10,000 stores across the world. More distribution is good for content owners, period.”

That bodes well for Epic Games, the company behind Fortnite: Battle Royale. While the company is privately held, Tencent Holdings, a Chinese company, has a 40 percent stake and is a worldwide distributor.

Electronic Arts will roll out its game, Star Wars Jedi: Fallen Order, in November, and Activision Blizzard will release Call of Duty: Modern Warfare in October after a rough start to the year that included layoffs and a falling stock price. And Take-Two Interactive, maker of the Grand Theft Auto franchise, has a number of games in development, according to SunTrust Robinson Humphrey, an investment bank.

Ubisoft, maker of the Tom Clancy’s titles, Prince of Persia and other games, recently announced a subscription service called Uplay Plus, giving access to 100 games for $14.99 a month on PC download or through Google’s Stadia.

The rise of streaming games may hurt retailers like GameStop, which has been struggling as sales of physical game cartridges decline. GameStop’s comparable-store sales fell 10 percent in the first quarter. Sales of used games dropped 20 percent, and new equipment sales fell 35 percent.

Collectibles were a positive note for GameStop. A company called Funko makes pop culture toys representing Fortnite characters. They may get a boost in sales at the annual Comic-Con convention in San Diego, which is scheduled for July 18 -21.