The global consulting firm McKinsey and Company faced claims on Friday that it had failed to disclose the dual roles it was playing in three bankruptcy cases, potential violations of federal requirements meant to prevent an undisclosed conflict of interest from tainting the outcomes.

In one case, the Justice Department asked a judge in Virginia to reopen the bankruptcy of Alpha Natural Resources and force McKinsey to return about $20 million in fees because, the department said, McKinsey concealed for years that it was a secured creditor of the coal company while advising it.

Separately, a bankruptcy judge in Texas asked the Justice Department to look into allegations of similar activity by McKinsey in the current case of another coal company, Westmoreland Coal, and the closed case of GenOn Energy, a power company.

The Office of the United States Trustee, a division of the Justice Department, took the unusual step of seeking to reopen the Alpha Natural Resources bankruptcy after investigating the complaint of another creditor.

When the case ended, the reorganization plan shifted Alpha’s most attractive assets — properties frequently called its “crown jewels” — to its secured creditors, including McKinsey. Other parties to the case, including a big pension fund for miners and states facing costly environmental cleanups, got pennies for every dollar they were owed.

A McKinsey partner, Kevin Carmody, provided testimony to the bankruptcy court that the plan was in the best interests of all classes of creditors.

Federal law “places the burden on estate professionals to make required disclosures to ensure their disinterestedness,” wrote John P. Fitzgerald III of the trustee office, which polices the bankruptcy court system and enforces the disclosure rules.

Instead of making the required disclosures, Mr. Fitzgerald said, McKinsey spent more than two years dissembling and forcing the Justice Department and other parties “to search for needles in haystacks.” 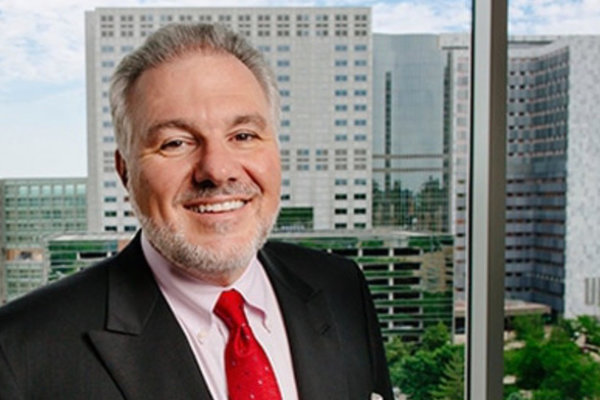 Mr. Fitzgerald said he had determined that McKinsey’s investment operation was not, as the company has long said, a “blind trust” separate from the consulting firm — in part because McKinsey’s president, Jon Garcia, sat on the board of the investment group.

The federal office said McKinsey had tried to make it appear as if the investment unit’s decisions were made by independent staff members, avoiding any mention that Mr. Garcia received regular reports on its decisions and ratified them.

In a statement, McKinsey said its disclosures “fully meet the terms of the U.S. Bankruptcy Code.”

“We have been transparent about the connections we were disclosing and the process utilized to identify those connections,” the company said. It added, “As always, McKinsey is committed to taking any guidance the U.S. trustee deems appropriate to give.”

McKinsey has made repeated statements, in court and on its website, that its investment division is walled off from its consulting business. That, McKinsey has said, precludes any possibility that the investments could taint the consultants’ advice.

Since there is no risk of undue influence, McKinsey has said, it does not have to disclose its investment activities to the court when it works on a bankruptcy case.

That argument was eventually challenged by Jay Alix, a retired bankruptcy restructuring expert. During the Alpha Natural Resources bankruptcy, Mr. Alix formed an investment partnership and became an unsecured creditor, giving him standing to challenge McKinsey over its disclosures. He eventually moved to have the bankruptcy reopened for an investigation of potential fraud.

McKinsey’s legal challenges are spreading into other courtrooms.

On Friday, a federal bankruptcy judge in Houston, David R. Jones, issued an order for the trustee office to review allegations about McKinsey’s conduct in two bankruptcies there. Those allegations, if true, he said, could constitute criminal activity “and otherwise impugn the integrity of the bankruptcy process.”

The judge took pains to say he had not determined if any improper conduct had occurred, but said the Justice Department had an obligation to investigate and ensure the public’s confidence in the system.

The order was in response to a lengthy objection filed on Thursday in the bankruptcy of Westmoreland Coal. Mr. Alix, who filed the objection, cited dozens of instances in which, he said, McKinsey’s business relationships were in conflict with its duty to its bankrupt clients.

In a statement, McKinsey said it believed it had always complied with disclosure requirements and would challenge Mr. Alix’s “baseless allegations.”

Among the cases he cited were those involving GenOn, whose bankruptcy Judge Jones oversaw last year, and Puerto Rico — essentially one of the biggest bankruptcies in American history, with $123 billion of debt and unfunded pensions.

McKinsey is advising Puerto Rico’s federal oversight board while its investment unit directly and indirectly holds Puerto Rican bonds. McKinsey owns a family of hedge funds called Compass, which holds a class of bonds that, if restructured according to current plans, would return more than double what McKinsey paid for them.

None of those holdings were disclosed. McKinsey has said the federal law governing Puerto Rico’s case, called Promesa, contains no provision requiring advisers to be disinterested.

The disclosure of McKinsey’s holdings in Puerto Rico by The New York Times prompted the federal oversight board to hire a law firm to investigate.

It could be a simple matter for Congress to clarify that, he said, and then advisory firms like McKinsey would have to make the usual disclosures.

“In the end, Congress is going to have to act,” he said. “You want everybody to be honest brokers, but sometimes they’re not.”