During the nearly two decades he dominated the alliance of Renault and Nissan, Carlos Ghosn achieved something of a miracle in the auto world. He managed to get the French and Japanese companies to act as one entity so both could prosper in an industry where scale is everything.

Now that Mr. Ghosn is in a Tokyo jail, and both he and Nissan face criminal charges of illegally underreporting his income, the flaws in that structure have become obvious.

Mr. Ghosn’s fall has left the unlikely Franco-Japanese union in limbo and revealed how much of its success revolved around his forceful personality. Mr. Ghosn was invested with more powers and ruled far longer than is typical for large, publicly traded corporations.

Mr. Ghosn had not cultivated a clear successor, and that leaves the alliance’s survival in doubt: Neither Nissan nor Renault has a plan for preserving the arrangement that has been a juggernaut, accounting for sales of 10.6 million autos last year. Nissan decided to investigate Mr. Ghosn without giving Renault a heads-up.

“They need a leader,” said Christopher Richter, deputy head of Japan research at CLSA, an investment and brokerage group. “The alliance is in a crisis right now and there are hard decisions that need to be made.”

Nissan’s board will meet on Monday to appoint a replacement for Mr. Ghosn, who had already been removed as chairman, according to a person with knowledge of Nissan’s internal investigation. At some point after that, it will set a date for a shareholders meeting to vote to remove Mr. Ghosn from the board altogether. The board is also expected to propose a shareholders resolution to remove Greg Kelly, a former Nissan human resources manager who was arrested with Mr. Ghosn, the person said.

Renault has stuck by Mr. Ghosn amid tensions between it and Nissan. The Renault board said on Thursday that an internal inqurity into Mr. Ghosn’s compensation had uncovered no irregularities, and that he would remain chief executive.

Renault said its lawyers would review information recently handed over by Nissan related to the allegations against Mr. Ghosn, but that the French carmaker still did not “have information concerning Carlos Ghosn’s defense.”

According to the person with knowledge of the investigation, Nissan and Renault are discussing a separate, independent inquiry into the activities of Renault-Nissan BV, the entity in the Netherlands that oversaw the alliance, and whether Mr. Ghosn wrongly used it as a vehicle for a deferred-compensation plan.

That investigation could complicate efforts to fill the alliance’s leadership vacuum. A spokesman for the alliance declined to comment. 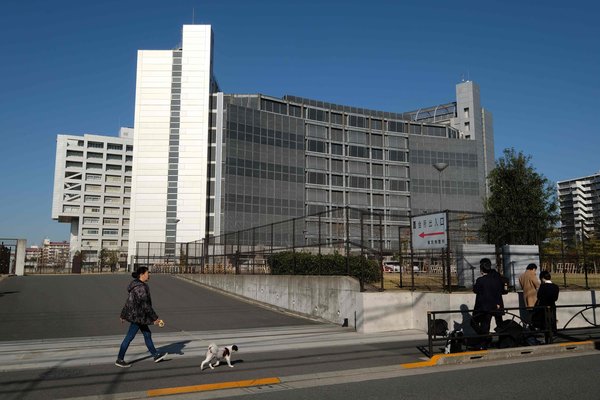 Nissan is deeply entangled in the Ghosn inquiry in Japan. It alerted prosecutors to possible wrongdoing by Mr. Ghosn based on allegations from a whistle-blower. This week it found itself charged with violating financial laws with Mr. Ghosn. The Tokyo Stock Exchange last month opened its own investigation into Nissan, examining its internal management controls and securities filings.

Since the arrest in November, Nissan’s stock has slipped close to 9 percent.

“What is actually happening now is the worst case of all messes,” said Nicholas Benes, a representative director at the Board Director Training Institute of Japan, a nonprofit organization specializing in corporate governance. “The company has been indicted and has the scarlet letter of criminal stamped on its forehead. Who’s thinking about shareholders here?”

Before his fall, Mr. Ghosn boasted that he was the only person to serve as chief executive of two Fortune Global 500 companies — Renault and Nissan — simultaneously. He was also chairman of the Renault-Nissan Alliance, where until the rules were changed last year he had six votes on its board while the other nine members had one each.

At Nissan, where he was chairman until being removed last month, Mr. Ghosn had unusual clout in determining the compensation of top executives, according to a governance report issued by Nissan in July. He made the ultimate decision about what to pay the entire board. Typically that authority is vested in a company’s compensation committee.

The Renault-Nissan Alliance, which since 2016 has also included Mitsubishi Motors, was studied at business schools as a unique example of how to achieve many of the benefits of a merger without the complications of actually merging.

As Mr. Ghosn’s star rose, he took on a more active public and social life, attending the World Economic Forum in Davos, Switzerland, and making speeches and appearances at a variety of conferences. He spent less time on site at Nissan and Renault factories and relied more on senior managers to fix problems.

Yet there were tensions. Renault is Nissan’s largest shareholder, with 43 percent of the shares. Renault shareholders have long complained that Nissan lacked adequate governance procedures and independent directors who could question decisions, said Pierre-Henri Leroy, the head of Proxinvest, a French shareholder advisory group.

Renault’s board and shareholders for years sought to rein in executive compensation, a task that was influenced by the French government, which holds a 15 percent stake in Renault.

“Mr. Ghosn was more surveilled in France. We were always on his back,” said Mr. Leroy, whose advisory group frequently criticized Mr. Ghosn’s efforts to raise his own pay. “They weren’t on his back in Japan.”

Potential successors at Renault fell by the wayside over the years, a sore point in France for Renault shareholders. In 2011, Patrick Pelata, Renault’s chief operating officer and a close adviser to Mr. Ghosn who was widely viewed as a potential successor, left the company after a political storm over Mr. Ghosn’s handling of an internal industrial espionage case.

Two years later, Carlos Tavares, the chief operating officer at Renault who was also considered a successor, stepped down after he told Bloomberg News in an interview that it wasn’t possible for him to advance with Mr. Ghosn there. Mr. Tavares went to PSA, the maker of Peugeot and Citroën cars and a Renault rival.

“The succession line was not seriously managed at Renault,” said Mr. Leroy, the shareholder activist. “For years we were worrying that Mr. Ghosn would take the opportunity to entrench himself in Renault, Nissan and the entire thing, and that’s exactly what happened.”

In retrospect Renault-Nissan suffered from what is known in business school jargon as a “key person problem,” said Christoph Schalast, a mergers and acquisitions lawyer in Frankfurt who also teaches at the Frankfurt School of Finance & Management.

“Everything depends on one key person,” Mr. Schalast said.

Mr. Ghosn’s power and unusually long tenure may have prevented the alliance from evolving as Nissan became by far the bigger and more profitable partner, yet Renault exercised more control, a situation that some in Nissan grew to resent, according to interviews with three former Nissan employees.

Now that the Ghosn era appears to be ending, Mr. Schalast said, Nissan and Renault “should establish a new, more cooperative management team which is not dependent on one person.”

In April 2017 Mr. Ghosn ceded some power on the alliance board. The rules were changed to give four votes to Mr. Ghosn and four votes to Mr. Saikawa, the Nissan chief executive, according to regulatory filings by Renault. The other eight members — four from Renault and four from Nissan — had one vote. If there was a tie, Mr. Ghosn decided.

But Mr. Ghosn was also leading an effort to push the two companies closer together. In September 2017 the Renault-Nissan Alliance announced a plan to save an additional €5 billion a year, or $5.7 billion, by cooperating even more closely on buying parts, designing motors and other components, and sharing manufacturing expertise.

According to the plan, almost all of the vehicles produced by Nissan, Renault and Mitsubishi would be based on four so-called platforms, combinations of chassis, engines and transmissions that are largely invisible to consumers. Two-thirds of the vehicles would use common engines, up from one-third in 2016. Sales would rise to 14 million vehicles a year by 2022 from 10.6 million in 2017.

While Mr. Ghosn insisted that the companies would retain their autonomy, the debate continued. If Nissan provided damaging information about Mr. Ghosn to prosecutors as part of an effort to dethrone him — as many Ghosn sympathizers believe — it backfired badly.

With Mr. Ghosn in jail, the most complicated problem for the alliance is that it simply has no leader.

“You have major technological change coming that threatens and is really an existential crisis for any automaker out there,” Mr. Richter of CSLA said. “While these two companies are fiddling over who should run it or who is feeling aggrieved or all these petty differences, Rome is burning.”