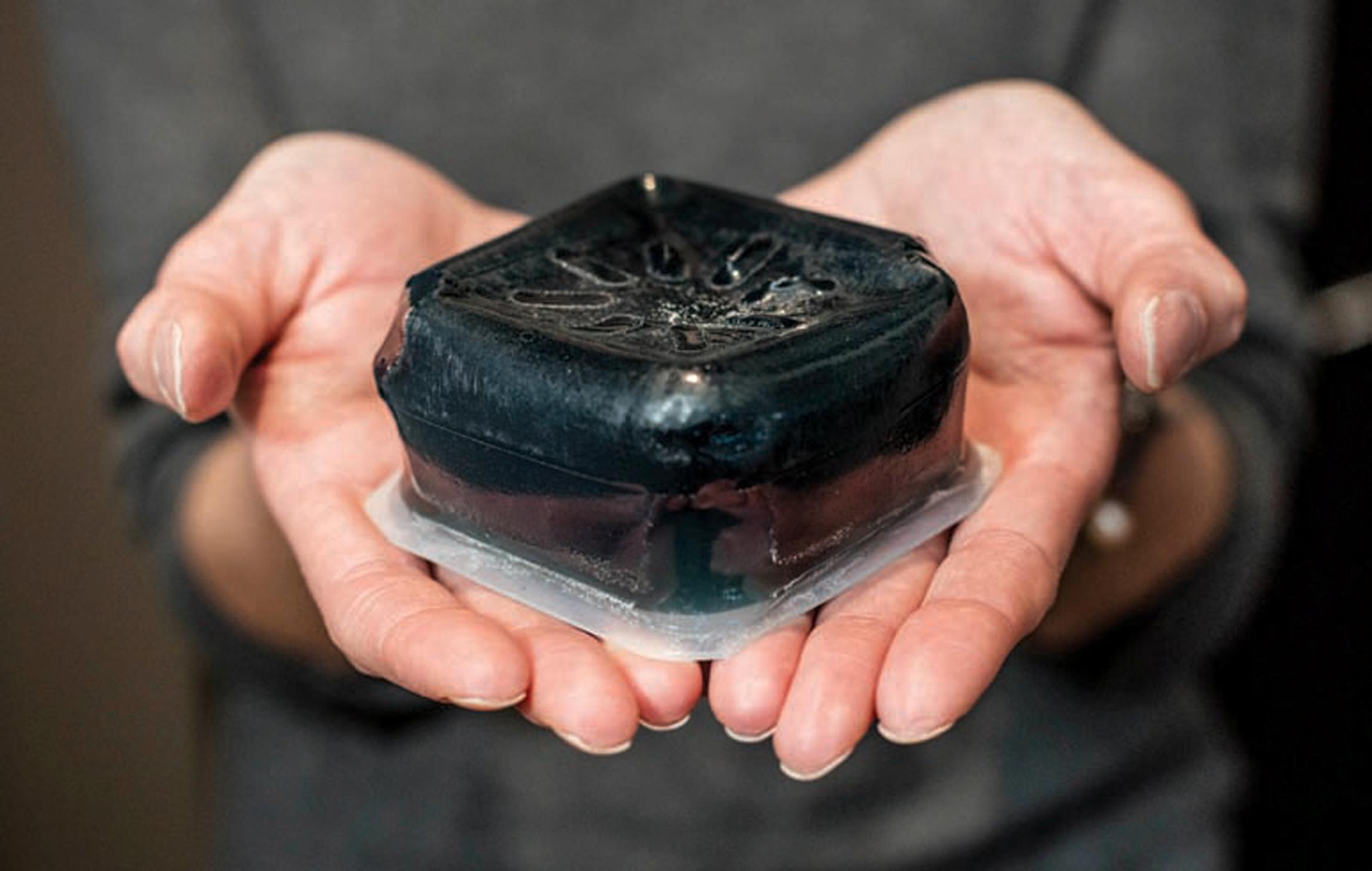 Congested pipelines have stranded much of Canada’s crude in Alberta, driving discounts to record-high levels. Canadian heavy crude traded on Friday for less than one-third of the U.S. benchmark light oil price.

The latest blow to the sector landed on Thursday, when a U.S. court ruled construction must stop on TransCanada Corp’s Keystone XL pipeline.

Pipeline pressure has pushed more crude onto trains owned by Canadian National Railway Co and smaller rival Canadian Pacific Railway Limited. But crude movement by rail is costly and prone to spills and sometimes disastrous accidents, such as the 2013 derailment at Lac Megantic, Quebec that killed dozens of people.

Enter CN’s patented Canapux product, which is solidified crude encased in plastic, named to evoke the country’s most popular sport, hockey. The railroad argues that solid crude, never before commercially shipped in the world, can be transported more cheaply, efficiently and with less environmental risk than liquid crude in tank cars. Since it floats, Canapux is easier to recover from a spill into a water body.

“There have been a lot more discussions about, ‘How do we get this done?’” Cairns said. “Conversations are much more advanced than they were.”

CN is seeking commercial partners to build a pilot plant that will process 10,000 barrels per day of undiluted heavy crude into Canapux.

The plant, to be built either at the Alberta crude storage hub around Edmonton or on an oil producer’s site, is estimated to cost less than C$50 million ($37.8 million). It could be running as soon as 2020, Cairns said.

CN’s oil pucks would move in gondola cars, which weigh less than tank cars, allowing the railroad to load them with more crude. They also do not require diluent, an ultra-light oil that is mixed with crude when it is shipped in liquid form by rail or pipeline.

As a result, Canapux’ shipping costs would knock off nearly half the expense of rail transportation in liquid form, according to CN.

Other entrepreneurs have pursued similar ideas for several years, from semi-solid blobs to pellets.

Alberta inventor Cal Broder said two refineries in China are interested in his BitCrude product, which he intends to produce from bitumen. He plans a test shipment of several containers of his butter-like crude to Asia before year-end.

Both BitCrude and Canapux still require government regulatory approvals. Success of either product also hinges on convincing oil refineries to make changes needed to convert solid crude back to liquid for processing.

But the idea of shipping crude in solid form is compelling, said Alex Pourbaix, chief executive of Cenovus Energy, a major Canadian shipper of crude by rail.

“I am quite intrigued by those technologies,” he said in an interview. “We’re going to make sure we take a hard look at them all.”