The company said its vaccine generated $3.5 billion in revenue in the first three months of this year. 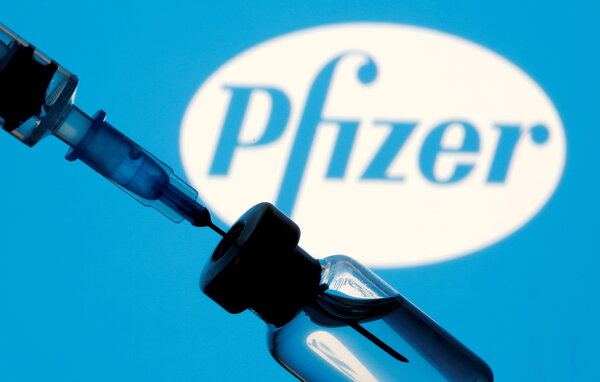 Last year, racing to develop a vaccine in record time, Pfizer made a big decision: Unlike several rival manufacturers, which vowed to forgo profits on their shots during the Covid-19 pandemic, Pfizer planned to profit on its vaccine.

On Tuesday, the company announced just how much money the shot is generating.

The vaccine brought in $3.5 billion in revenue in the first three months of this year, nearly a quarter of its total revenue, Pfizer reported. The vaccine was, far and away, Pfizer’s biggest source of revenue.

The company did not disclose the profits it derived from the vaccine, but it reiterated its previous prediction that its profit margins on the vaccine would be in the high 20 percent range. That would translate into roughly $900 million in pretax vaccine profits in the first quarter.

Pfizer has been widely credited with developing an unproven technology that has saved an untold number of lives.

But the company’s vaccine is disproportionately reaching the world’s rich — an outcome, so far at least, at odds with its chief executive’s pledge to ensure that poorer countries “have the same access as the rest of the world” to a vaccine that is highly effective at preventing Covid-19.

Pfizer has said it is committed to making its vaccine accessible globally. It announced on Tuesday that it had shipped 430 million doses to 91 countries or territories. A Pfizer spokeswoman, Sharon Castillo, would not say how many of those doses have gone to poor countries, where Pfizer has said it is not profiting on vaccine sales.