LONDON (Reuters) – Sterling tumbled on Thursday after a series of resignations rocked Prime Minister Theresa May’s government and threw into doubt her long-awaited Brexit agreement just hours after it was unveiled. 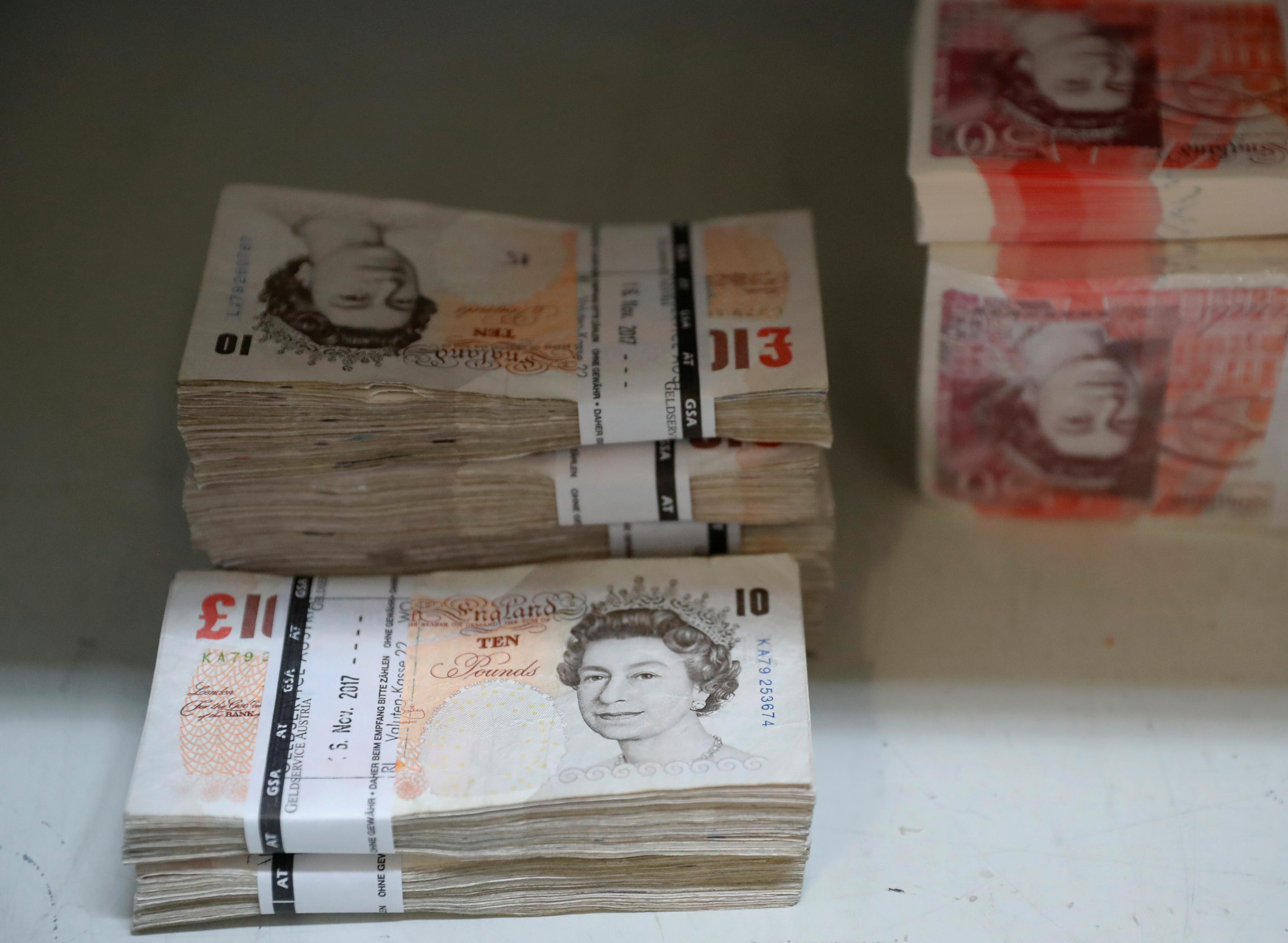 The pound fell 1.8 percent and was set for its biggest drop this year against the euro after Brexit minister Dominic Raab resigned to protest at the draft deal with the European Union. Three other ministers followed suit.

Fears that May’s hard-fought Brexit deal could collapse sent British financial markets into gyrations not seen since the sell-off prompted by the June 2016 referendum on EU membership.

British gilt yields GB5YT=RR also plunged with the 5-year gilt yield GB5YT=RR on track for the biggest one-day decline since August 2016 when the Bank of England unleashed a round of stimulus after the Brexit vote.

The darkening outlook for Britain’s economic future was also reflected in the money markets, where investors have all but priced out a rate hike by the Bank of England next year.

The cost of insuring exposure to Britain’s sovereign debt through credit default swaps GBGV5YUSAC=MG rose to its highest level in almost two years.

Traders fear May’s leadership is now in serious jeopardy. She was set to hold a press conference at 1700 GMT.

“What concerns us is how many ministers seeing this news will be pondering if it is better to get their resignations in now rather than wait,” said Nomura strategist Jordan Rochester.

“If more ministers go, this becomes very difficult for Theresa May to hold her position.”

May said on Wednesday she had won over her divided cabinet after a five-hour meeting but Thursday’s resignations fueled a sell-off, reflecting rising fear in the markets about a “no-deal” Brexit.

Outcomes now range from a “hard Brexit” to a general election and a second referendum.

Markets had priced in some opposition to the draft deal negotiated by May but the latest round of resignations unleashed a fresh wave of volatility in UK assets. That sent investors to the relative safety of government debt.

The prime minister showed little sign of backing down but senior Eurosceptic lawmaker Jacob Rees-Mogg said a number of letters of no confidence in May had been submitted to party officials.

Concerns about a leadership challenge were reflected in the foreign exchange derivatives markets, where three- and six-month gauges of expected volatility in the British currency spiked to their highest levels in two years. Extreme short-dated volatility indicators also jumped.

Britain is now more likely to either stay in the European Union or crash chaotically out of the bloc – a “no deal” Brexit – than depart under the terms presented by May, analysts from U.S. bank Citi (C.N) said.

“Over the next few days the very real prospect of a hard Brexit will likely ensure that the pound remains vulnerable,” said Jane Foley, an FX strategist at Rabobank.

“Any turn of events in Westminster that appears to increase the risk of a general election would likely compound the vulnerability of the pound.”