The Trump administration views conservation and the environment primarily through the lens of conflict — of business versus government.

In this view, regulating pollution or setting aside public land means the private sector must be losing — and the administration says that must stop. So the administration favors looser rules on pollutants like mercury and pesticides. It has revoked the status of prominent national monuments to allow mining and drilling on the lands, and has tried to upend the Land and Water Conservation Act.

For 53 years, the bipartisan conservation act supported more than 40,000 conservation projects including expanding national parks, wildlife refuges and migration corridors, historic battlefields and the like, funded by a small fee on offshore oil drillers. The administration first called for a 90 percent cut to its budget and in October, Republicans in Congress effectively killed it (or, more accurately, chose not to renew it).

The problem with this kind of “zero-sum” thinking about business and the environment is that it is sometimes deeply incorrect. Sometimes, in fact, making rules more favorable to business can lead markets to fail and destroy private sector value, while cleaning up pollution or protecting public spaces can unlock value in the private sector and allow it to grow. 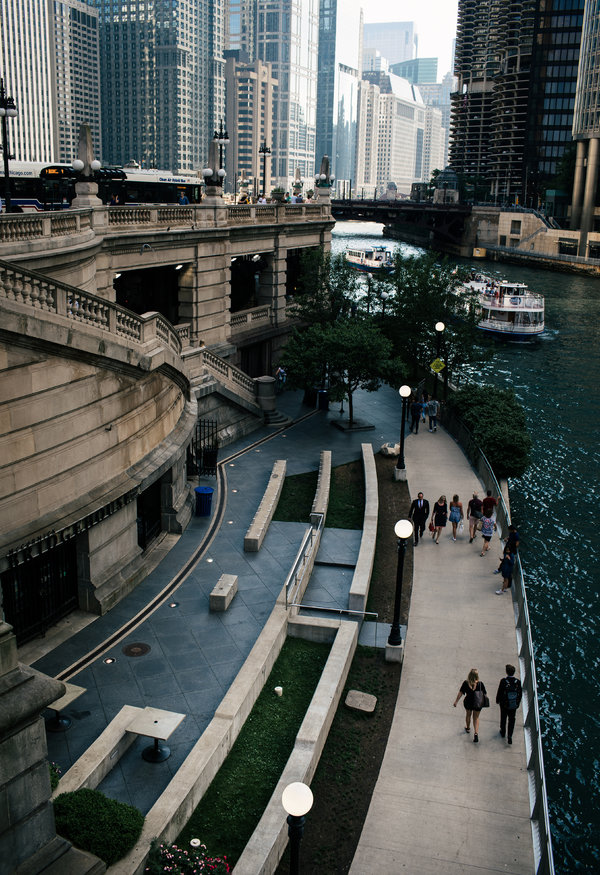 A rather sparkly example of this comes from a building with the president’s name on it in my hometown — the Trump Hotel and Tower on the banks of the Chicago River. The tower is among the tallest buildings in America. On sunny days, the giant chrome T-R-U-M-P letters shine down on the bustling riverfront crowds below.

It’s an extraordinary location where city and nature and public spaces all come together. On the water, architecture cruises, party boats and kayak tours weave around one another. On its banks, the River Walk has drawn millions of visitors and hatched a series of restaurants and shops, including the Apple Michigan Avenue store, and multiple high-end condo buildings. The Trump building includes condominiums listed for as much as $2.7 million (though these days many sellers prefer to label their listings as simply 401 N. Wabash).

Yet for much of the 20th century, most people didn’t want to live anywhere near the river. Companies dumped all manner of unpleasant things in the water. It stank up the city and poisoned its residents.

Environmental regulation and investment turned around the river. The cleanup was instrumental in making the neighborhood blossom and the economy boom.

If Chicago had not been forced by the federal government to clean up the water beginning in the 1970s and continuing today — and had it not reserved open space and built the walk around it — the river would have remained an eyesore. There would be fewer tourists there, no Apple store, and certainly no luxury Trump Hotel and Tower. Billions of dollars of economic value would never have existed.

Here, the public sector corrected a market failure. The individual companies dumping into the river were collectively ruining the neighborhood. When the government regulated their behavior, it ended up unlocking loads of private sector value. Though there are many examples of government regulations run amok, or of pointless public investments — and we should eliminate them — let us not forget the important situations where government can prevent market failures and unlock value.

A recent study by David Albouy, Peter Christensen, and Ignacio Sarmiento-Barbieri, economists at the University of Illinois, was revealing. The researchers estimated the value of public parks to homeowners living near them using data on 600,000 homes sold in New York City, Philadelphia and Chicago. The study, “Unlocking Amenities: Estimating Public-Good Complementarity,” found that when the crime rate in a city neighborhood declined, the value of private real estate near parks soared. Investing in public safety paid dividends in the private market.

Similarly, reduced pollution and more national parks can be immensely valuable, too. Closing a national monument to allow oil drilling — or terminating the Land and Water Conservation Fund — might help a company make more profit in the short run. But a vast array of benefits will also be destroyed. In a direct effect, hunters, kayakers, backpackers and visitors will simply stop going, and the Interior Department says these people spent $50 billion on recreation in federal lands last year.

But think about the broader harm done by this zero-sum mentality. Accessible public lands and vibrant wildlife bring people to small towns and rural areas. They attract tourists and give residents a reason to stay, and give an enormous boost to the private sector in the very places the administration is trying to help.

A shortsighted approach to public assets and the environment threatens to repeat at a national level the mistakes cities made when they industrialized waterfronts and spoiled what could have been the crown jewels of their landscapes. You would think that someone whose name is on a billion-dollar building on the banks of the Chicago River would understand that.

Austan Goolsbee, a professor of economics at the University of Chicago’s Booth School of Business, was an adviser to President Barack Obama. Follow Austan Goolsbee on Twitter: @austan_goolsbee