The Pulitzer board recognized reporting on the murder of George Floyd, including a special citation for Darnella Frazier, the teenager who filmed the killing. The public service prize went to The New York Times for Covid coverage. 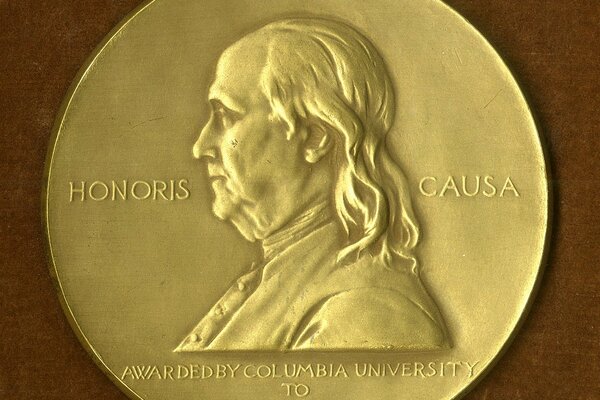 Pulitzer Prizes were awarded on Friday to news organizations that provided in-depth coverage of the dramatic turns of 2020, a year dominated by a pandemic that left millions dead and a national conversation on race after the murder of George Floyd.

The prize for public service, considered the most prestigious of the Pulitzers, went to The New York Times for its coverage of the coronavirus pandemic, an award shared by many departments at the newspaper.

The Pulitzer board also recognized journalism that examined law enforcement practices during a year of worldwide street protests inspired, in part, by the murder of Mr. Floyd, a Black man, by a police officer in Minneapolis.

The national reporting award went to The Marshall Project, AL.com, IndyStar and the Invisible Institute for a collaborative investigation on police dogs used as weapons, often against innocent citizens, reporting that led to government reforms.

The Tampa Bay Times won the local reporting award for exposing a data-driven policing initiative in Pasco County, Fla., that intimidated and harassed local residents and labeled some schoolchildren as future criminals.

The staff of The Star Tribune in Minneapolis won in the breaking news category for its coverage of the murder of Mr. Floyd and the reverberations that lasted for months afterward.

BuzzFeed News won its first Pulitzer, in the international reporting category, for its investigative series on the scale of China’s internment of Uyghurs, a mostly Muslim minority.

The Times won a second Pulitzer in honor of its 2020 work for criticism, an honor that went to Wesley Morris, a critic-at-large who writes on a wide range of topics, often with an emphasis on contributions by Black artists to American culture. It was the second Pulitzer for Mr. Morris, who won in the criticism category for his essays at The Boston Globe in 2012.

The board also announced that Darnella Frazier, the teenager who filmed the murder of Mr. Floyd, would receive a special citation.

The Pulitzer Prizes, first given in 1917 and presented annually by Columbia University for excellence in journalism, books, music and drama, were announced via video livestream by the Pulitzer board co-chairs Mindy Marqués González and Stephen Engelberg.

The board leaders noted that reporters encountered unusual challenges last year as they worked remotely, because of the coronavirus pandemic, and sometimes faced danger, often from police officers, while covering street protests.

This is a developing story. Check back for updates.