The Financial Conduct Authority (FCA) said the crackdown, first reported by Sky News on Wednesday evening and similar in nature to that imposed on the payday lending sector, would be applied from April.

Its proposals, if enacted following a consultation, would collectively save consumers – many of them the most financially vulnerable in the UK – almost £23m annually, the regulator said.

The rules would mean credit charges not exceeding the cost of the product. 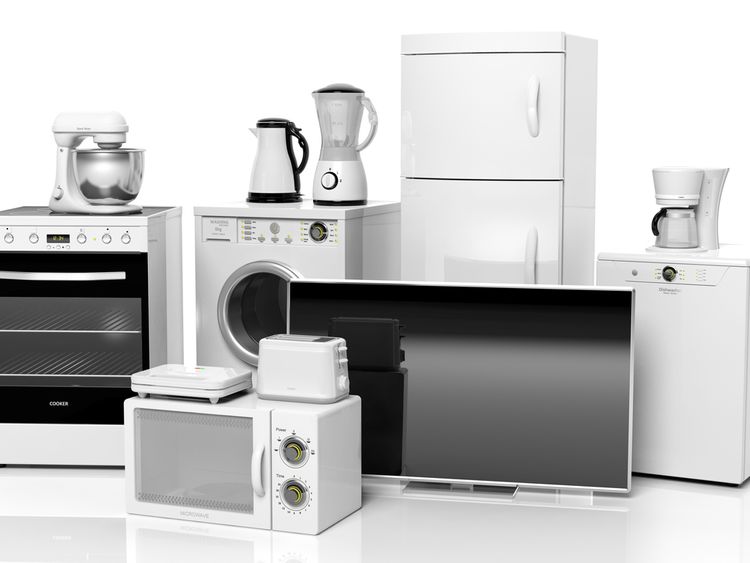 To help ensure prices are fair, rent-to-own providers must benchmark the cost of items against the prices charged by three other retailers.

The FCA said it had identified “very high prices” in the sector – with add-on insurance and warranties in some cases meaning customers paying up to four times the average retail price for items such as TVs, washing machines and cookers.

Its report found only a third of rent-to-own customers are in work, most are on low incomes of between £12,000 and
£18,000 and were likely to have missed a bill payment in the last six months.

FCA chief executive Andrew Bailey said the need for a cap was evident.

He said: “We want to stop consumers having to pay many multiples more than the price of a product on the high street.

“These changes build on the measures we have already taken across the high-cost credit sector.”

The regulator said that in addition to the cap and its accompanying rules it would also introduce a two-day cooling off period for the sale of extended warranties.

This will effectively ban firms from selling these warranties at the point of purchase from 22 February.

The crackdown was widely welcomed by consumer interest groups. Citizens Advice had called for FCA action in the spring.

Its chief executive, Gillian Guy, said: “These products are aimed at people who have little choice but to resort to this type of credit, yet they come with crippling interest rates on prices that are far higher than anywhere else on the high street.

“A cap gets to the heart of the problem by stopping costs from spiralling out of control and pushing people into further debt.

“Our evidence has repeatedly shown that well-designed caps can reduce the harm high-cost credit can cause, as they have done in the payday loan market.”

Many companies operating in the sector have struggled over the past year in anticipation of the crackdown.

BrightHouse, the largest firm, was slapped with a £15m penalty in 2017 for mistreatment of customers but it has since moved to improve its systems.

A spokesperson said on Thursday: “BrightHouse has been working closely and constructively with the FCA over a number of years.

“This comprehensive process has led to many changes in the way we operate as a business and serve our customers.

“We’re going to carefully consider today’s announcement, while continuing to offer those excluded from mainstream credit ways to get the household goods they need.”